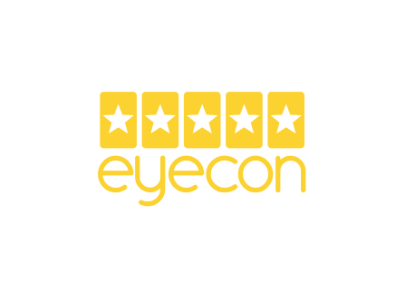 Eyecon is a Brisbane-based slot studio that was founded in 1997 when a group of friends initially started out as a video game company. Despite achieving immediate success, with their first video game receiving over one million downloads, the company evolved and became a fully-fledged online slot developer instead. Throughout the noughties the company continued to grow, eventually creating the iconic Fluffy Favourites franchise in the process.

If you're looking to play some of the best Eyecon slots then look no further. We've personally spent months playing all of the titles Eyecon has to offer, digging deep into every aspect of what makes these games great.

All of the games shown below are ones we consider worthy of being called the very best Eyecon online slots.

Searching for new Eyecon online slots? We understand the importance of variety when it comes to playing at your favourite online casinos, and that's why it's vital to keep on top of each and every new slot release.

We're proud to bring you a comprehensive list of new Eyecon online slots that have been thoroughly playtested and reviewed. We can confidently confirm these slots are safe, reliable and most importantly, enjoyable to play.

Below you'll find a complete list of Eyecon slots in alphabetical order. Click on a slot to find out more about it and play for free or real.

Eyecon is probably most well-known for its soft and lovely Fluffy Favourites slots series. It might not be the most macho of online slot series, with the majority of their games themed around stuffed toys and their trips to the circus and fairground, but that said these games are actually a cult-classic and are loved by a huge portion of online slot enthusiasts!

Are you looking for the best slot sites to play Eyecon slots? The expert team here at Slot Gods have scoured the internet to find a collection of online casinos that are more than worthy of your patronage.

Not only will you find all of the Eyecon titles here, but you'll also have a great time playing them with the assurance that your funds and winnings are safe and secure.

Eyecon is a Brisbane-based online slot developer that was initially formed in the late 1990s as a video game development studio. The company enjoyed some success early on with their first title, Gore, receiving over one million downloads... However, in the years that followed the team instead chose to divert their attention towards the iGaming world.

Their first hit release was Egyptian themed slot Temple of Iris in 2003, however, it wasn't this slot that propelled Eyecon into the public eye (pun intended). It was their 2006 release of Fluffy Favourites that surprisingly took the world by storm. Avid online slot players went absolutely mad for this cute and cuddly online slot game.

Since then the team have released eight Fluffy slots (with more on the horizon in the not so distant future), this includes popular jackpot slot variants such as Fluffy Favourites Jackpot.

In 2017 Eyecon was acquired by iGaming giants Playtech for a staggering £50,000,000, since the purchase the additional resources have helped the popular studio grow considerably, with more and more games across a number of different genres coming out on a regular basis, much to our delight!