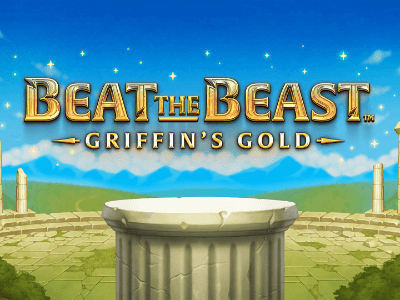 It's time to face the biggest and more ferocious foe yet with the glorious Griffin. Unfortunately for you, it's guarding all the treasures in the area and the only way to retrieve the treasure is to defeat the creature.

As the fifth in the series, Beat the Beast: Griffin’s Gold plays on 5-reels with 9 paylines and gives the players to win a mighty amount of up to 22,222x their stake. It's up to you to beat this next challenge and secure the unimaginable treasures.

“ The best within the Beat the Beast franchise with a huge win potential of 22,222x ”

The Beat the Beast slots are infamous for minimal features, but thankfully Beat the Beast: Griffin’s Gold has loads of features to improve your gameplay.

Of course, the emblem scatters and the wild hybrid is back along with the free spins. However, there is the chance to include a multiplier and roaming wilds that move across the reels. 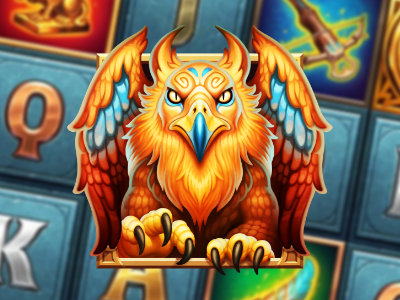 If you acquire 3 Griffin emblems, then you'll trigger the bonus game and win 10 free spins. Amazingly, the emblem symbol acts as a scatter and wild to substitute any other symbols throughout the base game. 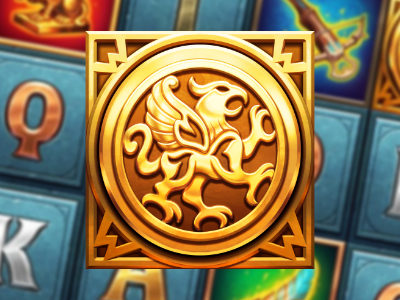 During the bonus game, the roaming wild can substitute any other symbol and remains on the reels for the remainder of the bonus game. It will move to an adjacent position just before each new spin. Each spin with one or more roaming wild symbols will award an extra spin. 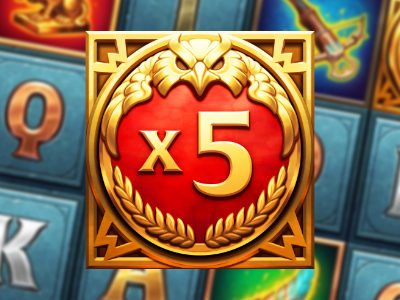 In mythical lore, the Griffin is a creature known as half-eagle and half-lion. It's known as the beast that guards the gold hidden across the land and this slot is no exception. Developed by Thunderkick, Beat the Beast: Griffin’s Gold plays on 5-reels with 9 paylines and gives players the chance to win up to 22,222x their stake.

As the fourth in the Beat the Beast series, this slot increases the win potential to the biggest it has been in the series. Not only that but there are loads more features to help you on your journey showing that this instalment is the biggest one yet!

Similarly, the symbols are almost identical to the previous games but shifted for a Griffin based theme. Of course, the symbols look impressive and they fit right in with the slot.

As usual for the Beat the Beast series, there is grand music playing in the background to perfected score your slot experience. It's epic and full of excitement to get your blood pumping throughout spins.

Like in most other Beat the Beast titles, the gameplay is minimal with easy to follow instructions and directions. This slot may have more features, but nothing too out of the ordinary. In typical Thunderkick format, all the menus can be found at the bottom of the screen with the spin button being to the far right.

Thankfully, Thunderkick has improved the win potential of the series by having the maximum win of 22,222x your stake! With RTP at 96.14% and a high volatility level, Beat the Beast: Griffin’s Gold is the best slot in the series! You can win big through the multipliers, roaming wilds and the free spins round.

There's no doubt that this title is the best in the Beat the Beast series with more engaging mechanics and fantastic win potential. It improves upon everything from the previous titles and makes a slot that is definitely worth a spin.