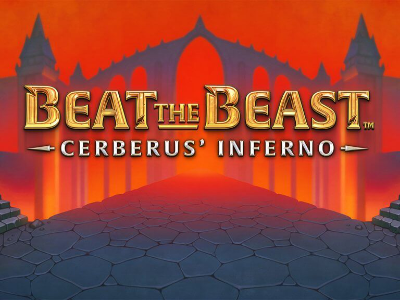 Journey to the depths of hell and beat the terrifying hellhound to secure huge wins! Developed by Thunderkick, this mythical slot plays on 5-reels with 9 paylines.

Amazingly, you can win up to 6,666x your stake and have the potential to expand the reels to 243 ways to win. If that isn't enough, you can unlock free spins and stacked wilds. See if you have what it takes to defeat the Cerberus.

Jump straight into the action and play Beat the Beast: Cerberus' Inferno now at the following fully licenced UK slot sites. These slot sites have been thoroughly audited and reviewed by the team here at Slot Gods to ensure they offer an exceptional user experience, are trustworthy, safe, secure, and boast the best selection of online slots in their portfolio including Beat the Beast: Cerberus' Inferno...

Despite being a high volatility slot, Beat the Beast: Cerberus' Inferno is simple in terms of gameplay. The main mechanic includes the scatters and free spins round. This opens up wins to 243 ways to win whilst the Cerberus emblem acts as a wild during this time as well.

There are also stacked wilds that cover the reel and fill the reels with stacked wilds during free spins can pay out the maximum of 6,666x your stake. 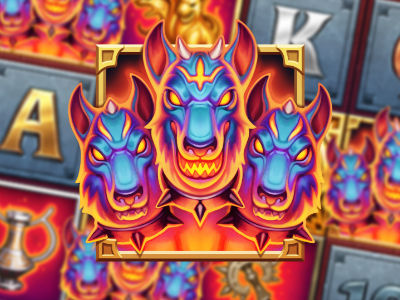 Managing to land 3 or more Cerberus emblems will activate 10 free spins with the paylines being replaced with 243 ways to win. The Cerberus emblem also acts as a scatter and a wild to substitute any other symbol in the game. 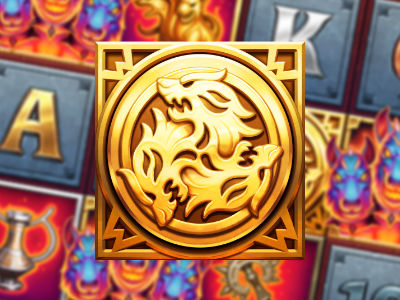 The wild symbol will appear as a stacked symbol and cover up the entire reel. Ultimately, this means that there are more ways to win!

As the third in the Beat the Beast series, Beat the Beast: Cerberus' Inferno turns up the heat even more and sets the stage in Hell. In this mythical slot, you have to take on the famous hound of hell aka the Cerberus and beat it in order to win up to 6,666x your stake.

Developed by Thunderkick, this slot plays on 5-reels with 9 paylines - but has the potential to increase to 243 during the bonus game round.

As soon as the slot opens, you are taken to a hellish landscape full of lava and surrounded by ancient decor. The reels are centred in the middle of the screen surrounded by animated flames and an eerie atmosphere.

Now, the music is grand and epic feeling like a blockbuster Hollywood movie with chanting, drums and violins. The ambient noises are just as intense with growls and pounding footsteps to build up the atmosphere even more.

There's not a lot to the base game as it's a slot that plays on 5-reels with 9 paylines. During the bonus game, this expands to 243 but you don't have to learn any additional rules. With the features being limited, it's easy to pick and play Beat the Beast: Cerberus' Inferno.

With a high volatility level and RTP at 96.15%, this slot is ideal for high rollers with a bankroll to sustain themselves. The maximum win of 6,666x your stake can be won by filling the reels with stacked wilds during the bonus game. Sadly, that's about as high as the slot goes in terms of payouts but it's a payout that definitely falls in line with the theme of the slot.

Whilst this may not be the most exciting title we've ever come across on Slot Gods, it's entertaining enough! The wins aren't earth-shattering but a nice little easter egg towards the theme of the slot. It would've been a higher rated title if there were more features and perhaps a higher payout.

If you enjoy the Beat the Beast series and fancy trying out this title, then we'd highly recommend you give this a spin.

Play Beat the Beast: Cerberus' Inferno now at the following verified UK slots sites. These slot sites are fully licenced and have been thoroughly vetted and reviewed by us to ensure they offer a great user experience, are trustworthy, secure, and have a wide variety of the best online slots in their lobbies including Beat the Beast: Cerberus' Inferno:-