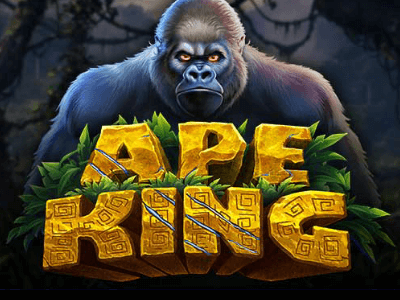 The Ape King is the ruler of the jungle and it's up to you to help him retain his title. It won't be easy as the other animals in the jungle are sick of him so you must battle them in the Jungle Battle feature.

This high volatility slot plays on 5-reels with 243 ways to win in order to win up to 1,666x your stake. Can you help the Ape King and win a mighty prize.

The Ape King slot basically builds up to the Jungle Battle feature that is activated through the free spins round and by landing the Ape King symbol. Throughout this round, the aim of the feature is to knock out the other animals and remain victorious as the Ape King.

Removing 16 symbols will lead to the end of feature or if the top of the reels reaches 16. The free spins round ends once the Ape King has been defeated or the animals remain victorious. 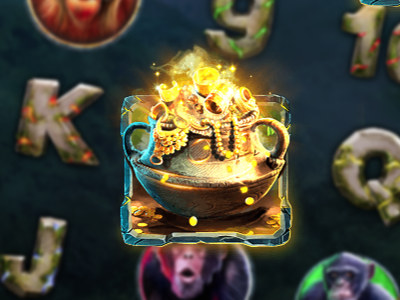 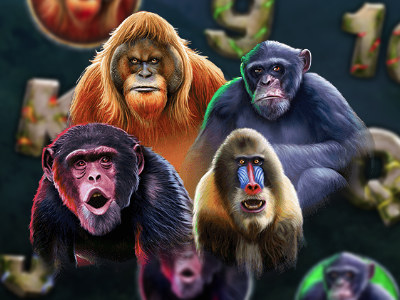 Landing 4 or more golden money pots will trigger the free spins rounds. As soon as it begins, 5 different animals are situated at the top of the reels. Each of the animals have different payouts and it’s displayed above. 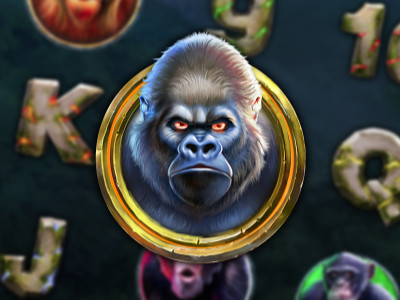 Spinning an Ape King symbol anywhere during free spins will activate the Jungle Battle feature. Each battle with the Ape King leads to one of the other animals above the reels being removed. It ultimately ends once the Ape King stands alone or if he loses the battle.

Forget King Kong or any of the other kings of the jungles, it’s all about the Ape King and his jungle kingdom. The only problem is that most of his kingdom has turned against him and you must help him to retain control. Of course, he’ll reward you handsomely for helping him out.

Developed by RealTime Gaming, this animal slot plays on 5-reels and 243 ways to win. The main draw to this slot has to be the free spins feature and the Jungle Battle. See if you can win against the animals in the jungle and win up to 1,666x stake.

Naturally, the background is a jungle filled with different trees and animals. Thankfully, it’s animated with mist, animals flying and the trees swaying. It adds a lot more to the slot and makes it feel more exciting throughout spins.

All the symbols are designed to fit in with the jungle theme. The typical playing card symbols of A, K, Q, J, 10 and 9 are all rustic with vines growing throughout them. Other symbols include the mandrill, bonobo, chimp, orangutan and the Ape King.

Ambient music and sounds are lacking within this slot as there is nothing continuously playing. When you spin, you’ll hear the sound of the reels and animals, but no jungle inspired music. That is until you get the Jungle Battle feature and they’ll be jungle music playing throughout the feature.

The gameplay of Ape King is similar to most other RealTime Gaming slots, but with the added feature of the Jungle Battle. Throughout the battle, all you have to do is spin and the slot will sort out the rest for you.

You’ll find the spin button centred underneath the reels and highlighted in green. To the right of the spin button, you’ll notice the autospin and turbo button (if your territory allows it). The far left has the bet level and the boost bet feature.

Unfortunately, RealTime Gaming have not stated any RTP for this slot, so there’s no telling what the theoretical return is. As a high volatility slot, you’d expect a higher maximum payout but sadly the top win on a single spin 1,666x your stake.

The big win comes from winning the Jungle Battle feature and winning as the Ape King. During our playthrough, it took almost 200 autospins on the demo mode just to activate the free spins feature - so be aware of this.

It’s clear that the design of Ape King is fantastic and full of creative choices that just brings the slot to life. The addition of the Jungle Battle feature is entertaining and full of suspenseful moments. Sadly, Ape King disappoints with its win potential.

According to the developers, the maximum win is 1,666x your stake - which isn’t a lot for a high volatility slot. Players won’t even be able to know the RTP as it just isn’t stated. Ape King could’ve been one of the great animal slots with loads of fun, but falls at the final hurdle.

Definitely worth a try for the Jungle Battle, but not worthy of becoming your next favourite slot. For a slot with better win potential, check out King Kong Cash or Gorilla Gold Megaways.

Enjoyed Ape King? Here's a handful of similar slots we think you'll like too. These online slots have been chosen based on features and themes similar to Ape King. You might also want to check out other RealTime Gaming slots.