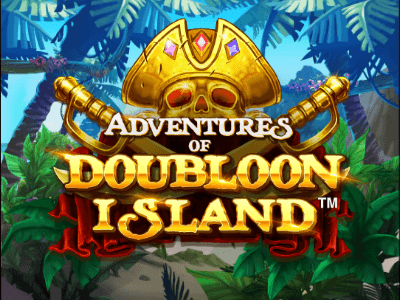 Adventures of Doubloon Island is a 5-reel, 20 payline pirate-themed slot developed by Triple Edge studios that boasts a whole host of wonderful bonus features and mechanics that all combine to lead to a swashbuckling good time! This game includes an innovative HyperHold™ feature, expanding wilds, a generous number of free spins, a win booster AND four fixed jackpots!

When Doubloons and golden skulls land on the reels they fill up the HyperHold™ meter at the top of the reels. If six or more land during one single spin then they'll activate the HyperHold™ feature.

Players will receive 3 respins on the reels that are made up of blank HyperHold™ symbols whilst the symbols that triggered the feature in the first place will be held for the duration of the respins.

If players land either the jackpot or HyeperHold™ symbols then they too will be held and the respins reset to 3. This will continue until all of the respins have been used or all 15 positions on the game grid are filled. At the end of the feature, all of the values of the 15 symbols are added together to give players a single large payout.

If players land 3, 4 or 5 treasure chests on the reels once again then they'll automatically trigger the free spins once again.

Players can opt to increase the size of their stake in order to increase the value of the prizes they receive. Clicking the Win Booster button will automatically raise the overall size of stakes to 1.5x the player's bet.

This will also see players in with the chance of winning the game's Mega Jackpot by landing the skull Doubloon symbol.

If any skulls come into play during the HyperHold™ feature then players will be awarded one of four fixed jackpots, these are the Mini, Minor, Major and Mega jackpots. If players manage to fill the entire reel with Doubloons and skulls then they'll trigger the Mega Jackpot. The jackpot payouts are as follows: 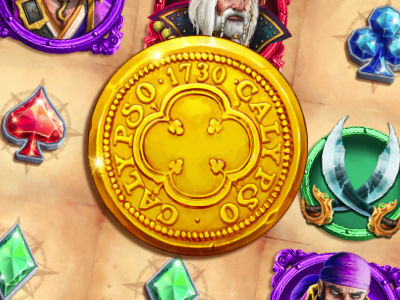 When players land 6 or more Doubloons on the reels they'll trigger the HyperHold™ feature that sees players receive 3 free spins with held symbols. New symbols fall into the vacant spots and the game's fixed jackpot can be triggered. 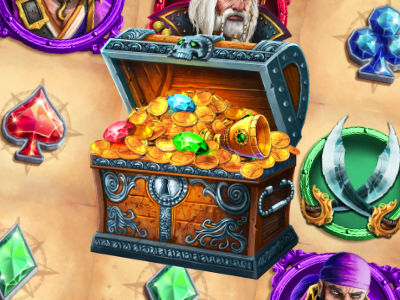 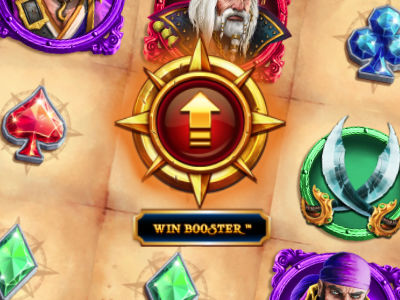 Players can opt to increase the size of their stake in order to increase the value of the prizes they receive. Clicking the Win Booster button will automatically raise the overall size of stakes to 1.5x the player's bet. 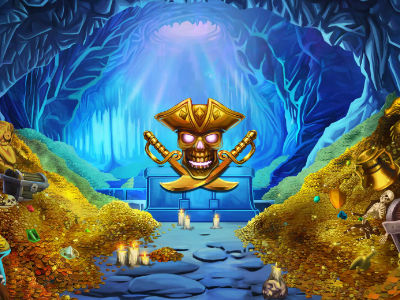 If players either fill the entire reels with Doubloons during the bonus feature (or a skull when using the win booster feature) then they'll automatically trigger one of four fixed jackpots, a Mini, Minor, Major and Mega.

Adventures of Doubloon Island is a swashbuckling 5-reel, 20 payline pirate-themed slot developed by Triple Edge studios that sees players join Calypso and her merry band of Pirates in the hunt for treasure before another band of dastardly pirates can get their hands on it first!

This slot is known for being part of the HyperHold™ series of games that features the unique HyperHold™ mechanic that's usually seen in land-based casino games. On top of this, this slot features free spins, respins, wilds and 4 fixed jackpots!

Strangely, this slot has quite a classic aesthetic, despite being a 2021 release with bright and vibrant graphics. The reels are set upon an old treasure map that's floating in front of a beautiful tropical island (known as Doubloon Island) that plays host to hidden treasure. Low paying symbols are your standard card suits: diamonds, clubs, hearts and spades. High paying symbols are a pair of cutlass', a parrot, a pirate wearing a purple bandana and a grizzled old Captain.

The game's scatter symbol is a chest overflowing with treasure and the expanding wild symbol features Calypso, the female pirate heroine. The game's two HyperHold™ symbols are a Doubloon and a golden glowing skull encrusted in jewels.

In terms of music, the soundtrack is alright, if not a little bit disappointing, it's a pretty low key pirate-y tune that didn't really evoke any particular feelings of excitement from us, it certainly could have been better (however it does pick up during the free spins feature).

This slot is known for its unique gameplay mechanics, in particular the HyperHold™ Meter. Whenever a HyperHold™ symbol (that awards a cash prize or reveal a jackpot) lands on the reels it fills up a meter, which is reset on every spin that does not see it fully filled. If the meter is filled then players will receive 3 respins with all the triggering symbols held.

In terms of navigating the slot itself, there's not really too much for players to get their heads around, all of the major buttons (a hamburger menu to access the paytable and game settings, the stake selection tool, autoplay and a spin button) can be found on the action bar below the game reels.

This medium volatility slot has a pretty average RTP of 96.01% and a maximum win potential of 3,333x the player's initial stake, which isn't terrible... But we have seen new slots released around the same time with higher payouts, however, the four fixed jackpots go some way towards making up for this.

There's a lot going on in this quirky pirate-themed slot! Unfortunately, though it didn't really blow us away! There was enough there to get stuck into, but there are similar games available that are perhaps stronger. There's no reason not to give this slot a spin, especially if you're into this type of game, but don't expect fireworks.