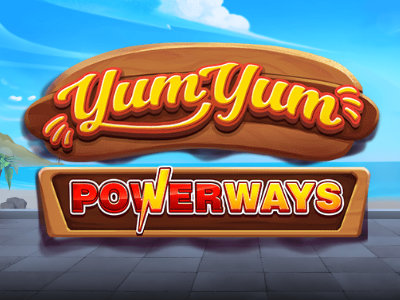 Yum Yum Powerways is a tasty food-themed slot from Pragmatic Play that can see players win up to 5,000x their stake thanks to progressive win multipliers that increase on each and every winning combination. In addition to this players can trigger up to 12 free spins, with the ability to gamble their spins for more if they so wish.

Jump straight into the action and play Yum Yum Powerways now at the following fully licenced UK slot sites. These slot sites have been thoroughly audited and reviewed by the team here at Slot Gods to ensure they offer an exceptional user experience, are trustworthy, safe, secure, and boast the best selection of online slots in their portfolio including Yum Yum Powerways...

The only real bonus feature to speak of in Yum Yum Powerways is a free spin bonus that can see daring players gamble their free spins in order to receive more.

The free spin bonus will start with 3x win multiplier which grows +3 on each replacement win (when winning symbols are replaced by new ones, forming an additional winning combination).

This feature is triggered when players land 3 or more chef scatter symbols anywhere on the game reels in one single spin.

Players will receive +1 extra free spin for every chef scatter symbol that lands on the game reels thereafter.

Upon winning their free spins players can spin a wheel to try and gamble their spins for more, the chances of winning more are as follows: 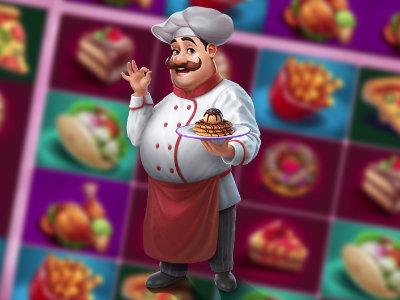 If players land anywhere between 3 and 5 chef scatter on the reels then they'll receive between 6 and 12 free spins. 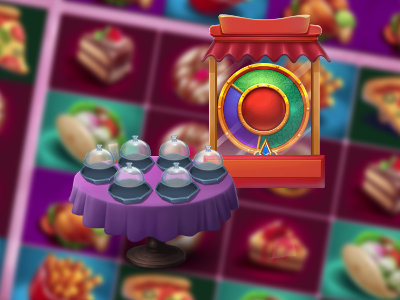 Upon triggering the free spins players can opt to gamble them by spinning a wheel to earn more.

Yum Yum Powerways is a cheerful 6-reel, 16,384 ways to win food-themed slot developed by Pragmatic Play that introduces players to a brand new mechanic that could well rival Infinity Reels and Megaquads as the hottest mechanic of 2021.

Despite not having a whole host of bonus features this bright and vibrant title has plenty to offer including progressive multipliers throughout, free spins and a daring gamble feature.

The name of this game is pretty apt if you ask us, the very first thing we thought to ourselves upon loading this Pragmatic Play slot was YUM! The game reels are set upon a bright pink food truck parked on the beachfront waiting to serve hungry customers!

The 6 game reels are adorned with various tasty treats, these are (in order of value): Pudding, a chocolate doughnut, a caramel doughnut, chocolate cake, cheesecake, fries, a taco, chicken, spaghetti, pizza and a hamburger. The special symbols are an entire hamburger meal as the wild and a stereotypical moustached chef as the scatter.

There's a very distinctive and cheery soundtrack playing throughout gameplay, it's pretty hard to define but it put a smile on our face, and we think it'll put one on yours as well! In addition to the music, players can listen to the sound of seagulls and the waves of the ocean gently crash against the sand. All in all, it makes for a very enjoyable experience.

This game is pretty unique in comparison to many slots we've played before, this is thanks to the Powerways mechanic that's unique to Pragmatic Play.

At first glance, you might think this is a Megaways slot, but you'd be wrong! This slot is played in a 4x4 grid that's surrounded on all sides by reels that can fit 4 symbols in... Whenever the spin button is pressed the outer reels spin in what looks like a circular motion around the edge of the 4x4 game grid whilst the grid spins as normal.

Reels 1 and 6 feature 4 symbols whilst reels 2 to 5 feature 6 symbols. Wins are awarded from left to right, right to left, top to bottom, and bottom to top on adjacent symbol combinations.

Whenever a winning combination is formed then the winning symbols will flip to reveal a random new symbol in its place, as opposed to being removed for a cascade in most similar games. A progressive win multiplier is also in play for the duration of the game, starting at 1x and increasing +1 following each win during base gameplay.

This high volatility slot has an RTP of 96.43% and can see players win a total of 5,000x their stake. The symbol values are pretty low, which means it's quite tough to get that max win... However, on the other hand, the fact that this game has progressive win multipliers during base gameplay and the free spins bonus means that the opportunity to rack up some decent wins is there, it just takes some work.

Powerways is an impressive new mechanic that could well prove to be a real fan favourite in the future... Had the symbol values and the maximum win been a little bit higher then we might have been looking at a future classic. Nevertheless, we can genuinely see players enjoying this slot and we're excited to see what new Powerways slots come out in the not-so-distant future.

Play Yum Yum Powerways now at the following verified UK slots sites. These slot sites are fully licenced and have been thoroughly vetted and reviewed by us to ensure they offer a great user experience, are trustworthy, secure, and have a wide variety of the best online slots in their lobbies including Yum Yum Powerways:-

Enjoyed Yum Yum Powerways? Here's a handful of similar slots we think you'll like too. These online slots have been chosen based on features and themes similar to Yum Yum Powerways. You might also want to check out other Pragmatic Play slots.