Valley of the Gods 2

Valley of the Gods 2 is a 6-reel, 20,160 payline slot developed by Yggdrasil. This innovative slot sees its reels is designed in a 3-4-5-6-7-8 pattern. Each win triggers a re-spin and sees new winning combinations unlocked. Once all the combinations are unlocked players can benefit from life, wild, and multi meters that can prove to be hugely lucrative.

“ Whilst the layout and mechanics may be odd and confusing, it’s still exciting to play ”

Valley of the Gods 2 Features

The aim of the game when it comes to Valley of the Gods 2 is to successfully unlock all 33 positions on the game reels, unlocking all 20,160 potential paylines in the process. This is done by successfully winning spins, the beauty of this slot is that players only need to win ONE spin in order to unlock the lot, as players receive a free re-spin after EVERY win.

The one caveat of having such a generous feature is that it can be incredibly difficult to actually unlock the maximum number of symbols, as just one losing spin well completely reset the reels. It can be insanely frustrating, but it makes for huge excitement when you do get a run of winning spins going.

Once all symbols are unlocked and all paylines are in play, players can collect scarab symbols to fill up three bars. These are Extra Lives, Wild Reels and Win Multipliers. The Extra Lives are arguably most important, as they allow you to lose a spin without resetting the game back to its original state, whilst the latter two bars are pretty self-explanatory as they award players with multipliers and wild reels. 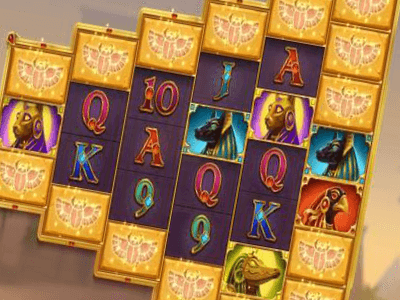 Once a winning spin has concluded golden blocks at either end of each reel will be removed from the game, this reveals more symbols and opens up more paylines. They will return to normal if a player registers a losing spin. 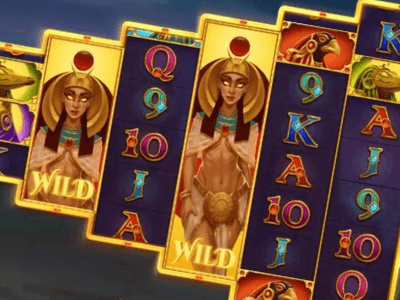 When all golden blocks are removed from the reels and players have opened up all the additional paylines then they must continue winning to keep them active. Players can receive extra lives that keep these paylines open longer. 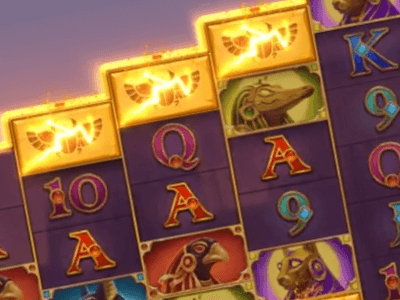 Yggdrasil, one of the world's most highly-regarded online slot developers really outdid themselves when coming up with a sequel for much-loved slot Valley of the Gods, this 2020 follow-up has taken what made the original so successful and have really upped-the-ante.

Despite coming across as pretty confusing and difficult to grasp at first glance, this 6-reel, 29,160 payline Egyptian-themed slot actually has a lot to offer players. If you're looking for a solid online slot game with unique mechanics, that once mastered can prove hugely enjoyable, then this is for you.

If there's one thing we can guarantee about almost any modern Yggdrasil slot release, it's that no matter what, it'll look absolutely fantastic. Valley of the Gods is certainly not an exception to the rule... As predicted, it looks and sounds exceptional!

The unusual 3-4-5-6-7-8 game reels are adorned with gold, those sections of the reels that are blocked out see a scarab symbol etched into them, whilst the others feature the heads of Egyptian gods such as Anubis, Horus, Sobek and Bastet. Low paying symbols are your stereotypical 9, 10, J, Q, K, A.

Behind the reels there are two sets of grand pillars that are have been beautifully painted, beyond those are pyramids and what looks to be a lush oasis.

In terms of sound, as is always the case with a heavily-themed game, you've got a stereotypical Egyptian soundtrack that fits perfectly. The pace of the music does pick up during spins and there are some very dramatic sounds whenever a win is picked up that keep players alert and excited.

Valley of the Gods is an unusual game, as mentioned earlier on in the review, the game is played on 3-4-5-6-7-8 game reels, with a portion of the symbols (16 in total) blocked out until winning spins are registered.

Aside from the odd reel layout, everything else to do with Valley of the Gods 2 is pretty self-explanatory. The play button is bottom-centre of the screen, just below the reels, flanked either side by the 'Max Bet' button and the autospin (that allows players to start infinite spins). Players change their bet value using - and + buttons on the bottom left-hand side of the screen.

In terms of win potential, Valley of the Gods 2 is a pretty middle-of-the-road slot, it has an RTP of 96%, which is fair (and exactly as we'd hoped), whilst the maximum win playing this slot sits at 5,481x the player's initial stake, which is good, but nothing particularly mindblowing.

Valley of the Gods 2 is a lot of fun, everyone loves getting free re-spins, so a game that features re-spins after every single win is an absolute dream-come-true in our eyes. Yes, it can be a frustrating game, because you can be SO close to unlocking bonuses, and then it'll all come crumbling down... But that's kind of what makes this game so exciting.

If you can get past the confusing layout and slightly odd mechanics then we absolutely guarantee that you'll enjoy playing this beautifully designed Yggdrasil slot.

Play Valley of the Gods 2