Valley of the Gods

Valley of the Gods is a 5-reel, 3,125 payline Egyptian themed slot developed by Yggdrasil. The aim of this slot is to rack up consecutive wins as doing so awards players multiplied re-spins. It might look intimidating at first glance, but it's a very simple slot and a LOT of fun to play!

“ Despite the lack of free spins, this title is beautiful and truly unique ”

Valley of the Gods Screenshots

Valley of the Gods Features

There's absolutely no doubting that the most essential feature in Valley of the Gods is the re-spin feature. Here players will see themselves receive a free re-spin following each and every successful spin of the reels, unlocking new paylines as they go.

Once all of the scarab blockers have been removed from the game grid then players will be able to begin collecting red and blue scarabs, these can greatly boost the players bankroll as all 3,125 paylines are active and a 2x multiplier kicks in for every successive win.

Lives will disappear one-by-one whenever players register a loss, when all lives are spent the game will automatically revert back to its original state. 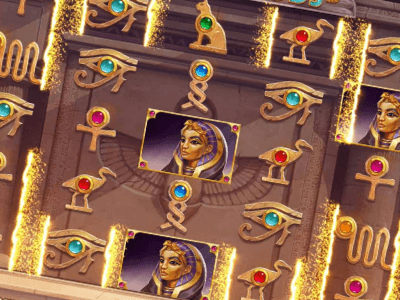 Rather than offer players free spins, they automatically receive a free re-spin after each and every win. These re-spins see players methodically unlock more paylines. 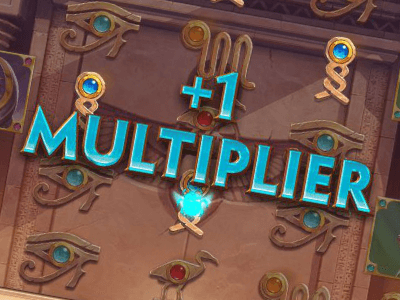 Once players destroy all the blocked symbols players will see a 2x win multiplier kick in. This grows by 1x for every five blue scarabs players collect. 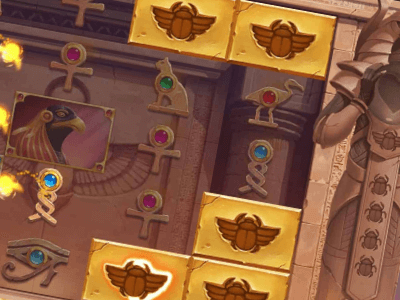 For every five red scarabs players collect they'll activate 'Extra Lives' meaning that they will have an additional opportunity to get a re-spin immediately following a non-winning one.

Valley of the Gods

Valley of the Gods is a gorgeous Egyptian-themed 5-reel, 3,125 payline slot developed by Yggdrasil that absolutely took our breath away from the moment we pressed play.

This game might not come with a free spins bonus round, but that doesn't really matter! Instead, this unique slot comes bundled with increasing win multipliers, respins and extra lives. It's fair to say that this game goes against the norm, but there are absolutely no complaints from us whatsoever.

As mentioned, this slot is beautifully designed, which isn't at all surprising considering it's a title developed by the geniuses at Yggdrasil, who have never let us down when it comes delivering good looking slots.

The game opens with a cinematic introductory video that sees a number of golden scarabs dig their way from beneath the sand, climbing up onto magical statues, imbuing them with power.

Once into the main game, players are greeted by reels set upon a temple with two huge statues of Anubis and Horus on either side. Several spaces for symbols are blocked out by bricks with scarabs carved onto them.

In terms of sound, this slot has an atmospheric Egyptian-themed soundtrack that gently plays in the background during gameplay, it works perfectly and is certainly not short enough that you get sick of hearing it during prolonged gameplay.

Valley of the Gods is played on a 5x5 game grid which has 3 symbols in each corner covered by a golden brick with a scarab carved into it, these are known as scarab blockers.

In terms of navigating the game itself, players can change the bet value (between 0.10 and 100) by using the - and + buttons on the far left-hand side of the slot, whilst to the right of that there's a spin button flanked on either side by a 'Max Bet' and 'Autoplay', which allows players to set an infinite number of spins.

Everything else such as sound settings, game information and the paytable can be found by clicking a pink + on the furthest button to the left of the screen.

This medium volatility slot has a maximum win potential of 5,800x your stake and an RTP of 96.02%, which isn't terrible, especially considering this slot was released several years ago. Of course, you'll be able to find more generous slots out there, but this one is still worth a spin. It's even worth noting that it has a higher maximum payout than its excellent sequel Valley of the Gods 2.

Valley of the Gods is your stereotypical Yggdrasil slot, it looks fantastic and plays differently to anything you've ever played before. If you're after a beautifully designed title, with truly unique mechanics and bonus features then we genuinely highly recommend this slot. Don't be put off by the lack of free spins.

Play Valley of the Gods

Enjoyed Valley of the Gods? Here's a handful of similar slots we think you'll like too. These online slots have been chosen based on features and themes similar to Valley of the Gods. You might also want to check out other Yggdrasil slots.