NetEnt’s Twin Spin has seen a few updates since the first Twin Spin slot. This game uses the megaways engine that offers up to 117,649 ways to win. There are plenty more highlights in this fun-filled slot, you can trigger Avalanche Reels, Twin Reels and a free spin feature where the win potential skyrockets!

“ The right mix of pleasing visuals and a worthy win potential ”

The Twin Spin Megaways ramps up the fun times with a new dimension of slot action added to the gameplay. The megaways mechanics takes the rewards and excitement up a few notches. This slot has packed in plenty of action when it comes to in-game bonus features, let’s take a look at what feature are available. 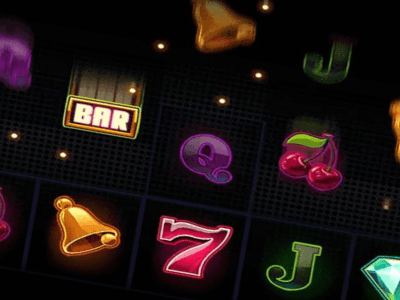 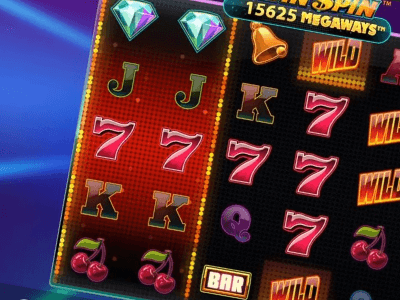 Twin Reels are when two or more reels link and create the same combinations. You can land 5 twinned reels, and this will increase your chances of hitting a winning combination. 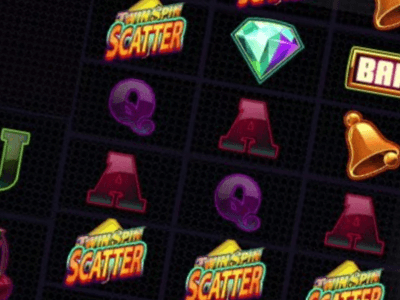 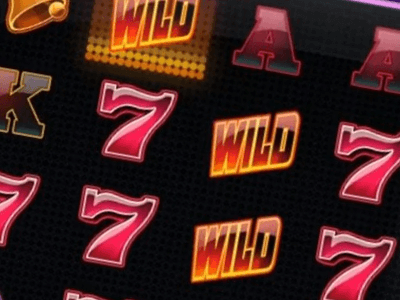 The wild multiplier can land on any reel apart from reel 1. These multipliers can double or even treble your winning payout.

NetEnt’s Twin Spin slot has earned itself a sequel in Twin Spin Megaways. The slot shares many similarities to the fiercely popular original. The Twin Spin Megaways slot is played across 6 reels rather than the usual 5 reels. The Megaways mechanics adds more win potential to the game by boosting the ways to win to 117,649.

Twin Spin Megaways doesn’t have all the bells and whistles that many modern slots have. This game uses standard fruit machine symbols that we’re all familiar with, bells, bars and 7s all sit on the reels. The game doesn’t need to rely on whacky characters or outlandish themes, this game is all about the play. The success of the Twin Spin game has carried over to this awesome follow-up and it’s not hard to see why.

The game boasts a rewarding 96.04% RTP and its potential maximum win stands at a huge 38,000x your stake – wow. If you’re a fan of big payouts and straight-up slot play, then you’re sure to love the Twin Spin Megaways slot from the industry leaders at NetEnt.

Very much the same as the Twin Spin slot, the game maintains the Vegas-style feel with a modern addition. The reels are sharp, sleek and super engaging, the visuals are complemented by an upbeat soundtrack. There is nothing incredible about the slot design as it’s just straight-up fruit machine action, but it does a great job of bringing the awesome visuals to the screen.

The dark slot reels shine bright with colour thanks to the collection of classic fruit machine symbols. The game’s design puts all the attention on the gameplay and still manages to make it captivating, despite no funny characters or whacky backgrounds. The game does have a futuristic feel to it with the clean appearance and dark background.

The slot controls have a nice design and sit at the bottom of the reels, here everything is in clear view and easily understood. The Twin Spin Megaways slot is also mobile-friendly so you can enjoy an immersive slot experience whether you’re on the desktop on playing on your mobile device.

Twin Spin Megaways slot features six lively reels that bring the thrill of Vegas straight to your screen. The game is bursting with bright colours on a dark background. The fruit machine symbols pop out the reels when any wins are triggered. The symbols include your classic bar, bell and 7 symbols.

The slot controls are in the usual place and here you can trigger up to 100 auto spins or set a bet amount from £0.20 all the way to £200. Your real money balance and total win amount are also clearly displayed.

NetEnt has upped the ante with this sequel and enhanced the gameplay experience through the Avalanche Reels and other bonus features, bringing a bit more oomph to the occasion.

Twin Spin Megaways has some awesome win potential thanks to the Megaways engine. The game has an RTP of 96.04% which is about average in the gaming industry. The diamond symbols are the big players, delivering 2, 3, 6 or 10 x your total stake if you land 3, 4, 5 or 6 in combination. The extra features also provide excellent rewards with free spins, Avalanche Reels and more increasing the payout potential.

The volatile slot’s main attraction has to be the maximum win amount which stands at an incredible 38,000x your stake per spin.

NetEnt’s original Twin Spin slot was a huge hit and is widely promoted across many top casino operators. The Twin Spin Megaways is a worthy sequel and has already gained a favourable reputation amongst serious slot players. The Megaways mechanics have boosted the appeal with more ways to win and the extra features have increased the in-game entertainment.

Despite being a relatively simple slot game with a basic Vegas-style setup, the NetEnt slot has the right mix of pleasing visuals and payout potential. If you’re a serious fan of slots, then you’ll really enjoy this NetEnt favourite.

Enjoyed Twin Spin Megaways? Here's a handful of similar slots we think you'll like too. These online slots have been chosen based on features and themes similar to Twin Spin Megaways. You might also want to check out other NetEnt slots.