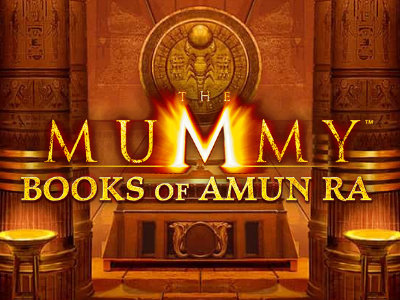 The Mummy: Books of Amun Ra

There's no denying that everyone loves The Mummy film series directed by Stephen Sommers and starring Brendan Fraser and Rachel Weisz. Amazingly, players now have the chance to go on their own adventure in the form of online slots and gain the chance to find hidden treasures of their own.

Developed by Playtech, The Mummy: Books of Amun Ra plays on 5-reels with 10 paylines along with 5 different free spin options each with different bonuses. Lucky adventurers can win up to 10,000x your stake - after all, patience is a virtue.

“ This slot brings in the charm from the movies, but lacks with the visuals ”

Jump straight into the action and play The Mummy: Books of Amun Ra now at the following fully licenced UK slot sites. These slot sites have been thoroughly audited and reviewed by the team here at Slot Gods to ensure they offer an exceptional user experience, are trustworthy, safe, secure, and boast the best selection of online slots in their portfolio including The Mummy: Books of Amun Ra...

This slot may seem simple from the offset, but there's actually a lot to this. The main features in The Mummy: Books of Amun Ra are the five different free spin features.

This can be triggered by landing 3 or more wild scatters on the reels and you get to choose which of the five options you want which include: 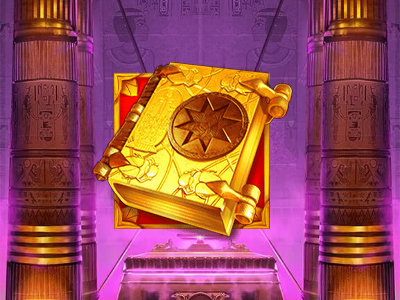 The golden book is the wild scatter in this game and substitutes all symbols in the game. Landing 3 or more will trigger the free spins selector to let you decide which one you want. 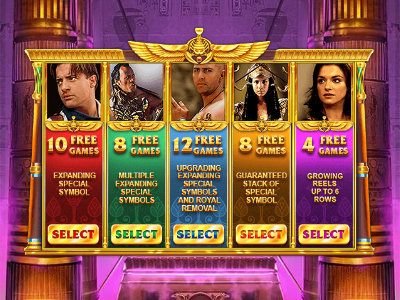 There have been many different versions of 'The Mummy' story, but the most beloved iteration is definitely The Mummy series directed by Stephen Sommers features Brendan Fraser and Rachel Weisz as Rick and Evelyn O' Connell. Of course, it's only natural that such a fan-favourite series gets its own online slot series to give players the chance to step in the heroes shoes and discover their own treasures.

Developed by Playtech, The Mummy: Books of Amun Ra plays on 5-reels with 10 different paylines. This high volatility slot features five different free spin options that each have their own bonuses and a massive win of up to 10,000x your stake. So, join in the adventures to stop the evil Imhotep and hope that you are on the RIGHT side of the river in The Mummy: Books of Amun Ra.

Based on The Mummy Returns, this slot features the Egyptian tomb setting from that film. There are various hieroglyphics on the walls combined with golden decor to give the slot a regal look. The reels feature all the main characters from the film including Rick O' Connell (played by Brendan Fraser), Evelyn O' Connell (played by Rachel Weisz), Imhotep (played by Arnold Vosloo), Scorpion King (played by Dwayne 'The Rock' Johnson) and Anck-Su-Namun (played by Patricia Velásquez).

These characters look exactly like they do in the film and even have their own unique free spins round that takes them to a different location to shake up the visuals. It's a nice little addition to the slot and definitely makes it feel like a fully branded slot rather than a knock-off.

However, despite the accuracies to the film, the slot itself does look a little dated. Despite being released in 2021, it does look like it was released in 2012 instead as the graphics aren't fully polished or up to modern standards.

In terms of the music, it's very up and down at times. During the base game, we had no problems and found the epic score of drums, percussion and stringed instruments complemented the visuals. However, we found the music to drop randomly during free spins round but this could just be a technical issue on our end - but it's something to be aware of.

The gameplay of this slot is straightforward enough that anyone can just pick up the slot and play it easily. There are only free spins in terms of features, but they are all easy to follow. This slot also features 5-reels with only 10 paylines, so it's uncomplicated to follow and gets straight to the important stuff.

As for the menus, you can find the spin button to the right of the reels with the bet level just above it. To the left of the screen, you'll notice the information button which has all the paytable options that you may need.

This slot has a high volatility level of gameplay meaning that you can expect wins to be less frequent but high when they do. In terms of the RTP, it's at 95.97% which is just under the average standard and a little frustrating as they are so close to being average.

The Mummy: Books of Amun Ra can deliver wins up to 10,000x your stake throughout the free spins round - especially the Evelyn O'Connell Free Games which can expand the rows up to 6 and add 2 additional paylines.

Many may not know this, but The Mummy: Books of Amun Ra is a sequel to the original The Mummy slot which was released just under 10 years ago. However, you'd struggle to play the original slot, so many are stating that the sequel is actually a reboot to the series.

Sadly, the visuals are a little dated and feel like over 10 years old, but thankfully the gameplay makes up for it with the free spins rounds. Unfortunately, the slot struggles with the RTP being low, but it's not ridiculously low so it's fairly acceptable.

Fans of the film series will love this slot, and slot players who love simple high volatility slots will enjoy this one as well. If that sounds like you, then you should definitely check out The Mummy: Books of Amun Ra.