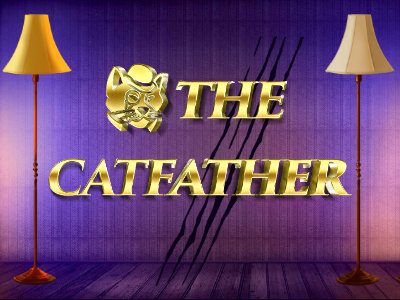 Pragmatic Play wants to make you an offer that you can't refuse with their animal-themed slot called The Catfather. Inspired by the legendary film, The Godfather, this slot features a bunch of mischievous kitties that get up to no good at night.

Playing on 5-reels with 9 paylines, this low volatility slot features random stacked wilds and free spins giving players the potential to win up to 2,251x stake. For a slot full of purr-sonality, check out The Catfather.

“ With a paw-some RTP, The Catfather is worth a spin ”

Jump straight into the action and play The Catfather now at the following fully licenced UK slot sites. These slot sites have been thoroughly audited and reviewed by the team here at Slot Gods to ensure they offer an exceptional user experience, are trustworthy, safe, secure, and boast the best selection of online slots in their portfolio including The Catfather...

The Catfather is paw-sitively bursting with features and it all starts with the wild symbol that substitutes all features except the scatter symbol.

Throughout spins, a random feature occurs, called Random Stacked Wilds, and happens before the spin lands on the reels. It can occur on any combination of reels 2 to 4 with the reels being covered with wilds. However, the Random Stacked Wilds do not happen during the free spins round.

Landing 3 or more scatters with trigger the free spins round. Throughout the free spins, all wins are multiplied by x4. If you land 3, 4 or 5 scatters, then you can win 10, 15 or 25 free spins respectively. 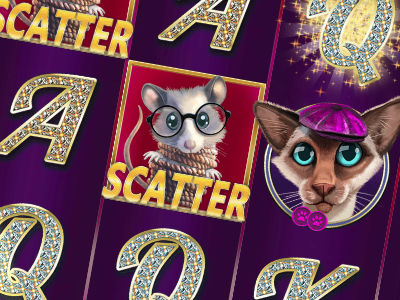 If you land 3 or more scatters, you will trigger the free spins round and can gain up to 25 free spins. All the wins during free spins are multiplied by x4. 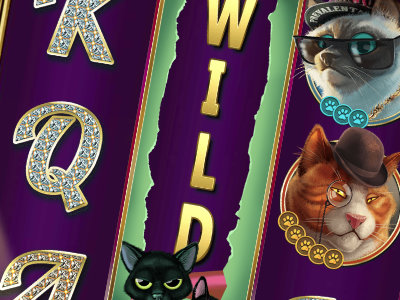 A random feature triggers before the completion of the spin, Random Stacked Wilds occurs on reels 2 to 4. When this happens, the reels are fully covered with wilds.

Inspired by the iconic Francis Ford Coppola film, The Godfather, Pragmatic Play decided that the film needed a feline upgrade and The Catfather was created. Playing on 5-reels with 9 paylines, this animal slot features a group of mischievous kitties who get up to no good at night time and partake in various criminal activities.

Along the way, players can have free spins and random stacked wilds that give players the chance to win up to 2,251x their stake. Is The Catfather a fur-midable slot, or just another bland animal slot?

Just from opening the slot, you'll be immediately disappointed to see that the inspiration from The Godfather is just from the title. The slot itself plays in a dimly lit room with tacky wallpaper and curtains that emphasise that it's most likely a crazy cat ladies' house but nothing from The Godfather.

Similarly, the symbols are a missed opportunity as they could've had a cat looking like Vito Corleone or at least looking more like the 1950s gangsters. Instead, they went for a variety of modern gangster cats which just feels generic.

Sadly, the sound is disappointing in the slot as there is only a soft jazz score in the background. It sounds suspenseful at times but it doesn't evoke a feeling of The Godfather. Unfortunately, there are no cat noises throughout the slot and just general ambient sounds of the reels. Naturally, you don't want too many annoying sounds but it just feels a little empty.

In terms of gameplay, there's nothing special or extraordinary about this slot. The gameplay is standard with 5-reels and only 9 paylines which makes it easy to pick and play. All of the relevant menus can be found at the bottom of the screen with the traditional Pragmatic Play crown highlighting the spin button to the far right.

The Catfather is a low volatility slot with a high RTP of 98.1% which is almost unheard of in online slots. This is perfect for newcomers to online slots or people who prefer frequent but low payouts.

There is a missed opportunity with this slot as they have taken inspiration from The Godfather in name but that's about it. The design could've been something spectacular but it disappoints. Of course, the design isn't terrible but just doesn't live up to its name.

Thankfully, the gameplay is decent and simple enough that this is the perfect slot for newcomers. The maximum payout isn't tremendously high but the RTP of 98.1% will hopefully lead to some wins throughout. If you ignore the title and focus on the cats, then The Catfather is worth checking out.

Play The Catfather now at the following verified UK slots sites. These slot sites are fully licenced and have been thoroughly vetted and reviewed by us to ensure they offer a great user experience, are trustworthy, secure, and have a wide variety of the best online slots in their lobbies including The Catfather:-

Enjoyed The Catfather? Here's a handful of similar slots we think you'll like too. These online slots have been chosen based on features and themes similar to The Catfather. You might also want to check out other Pragmatic Play slots.