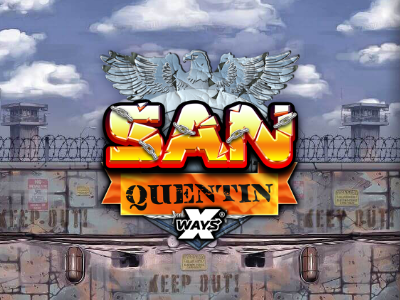 San Quentin xWays 5-reel, 243 payline slot developed by Nolimit City that's based on the world-famous Californian prison of the same name. This mammoth slot features a multitude of bonus features and mechanics such as split wilds, jumping wilds, enhancer cells and lockdown spins. The best thing about this burly crime-themed slot? Players can win an INCREDIBLE 150,000x their initial stake, wow!

“ It's well worth stepping into America's most dangerous prison... If you dare? ”

Jump straight into the action and play San Quentin xWays now at the following fully licenced UK slot sites. These slot sites have been thoroughly audited and reviewed by the team here at Slot Gods to ensure they offer an exceptional user experience, are trustworthy, safe, secure, and boast the best selection of online slots in their portfolio including San Quentin xWays...

If you're a fan of games with in-depth and intricate bonus features and mechanics then you're going to really enjoy this trip to San Quentin prison as there's a lot going on.

We'd be lying if we said we weren't just a little bit intimidated by all the goings-on here (and we're not talking about the criminals), but if you're patient and really take some time to understand the ins and outs of the mechanics and features here then you should be fine... But we'd understand if frustration got the better of you trying to get to grips with San Quentin xWays.

Players will notice locked cells at the top and bottom of each game reel (that have little prisoners mulling about within them), these are locked enhancer cells. Whenever these are triggered to open they may potentially reveal one of five top paying symbols including special symbols such as Wilds, Razor Splits or xWays symbols.

During base gameplay split wilds can land on any reel at any time. These will split all of the regular symbols on the same reel in half potentially leading to more winning combinations, however, it's worth noting that the split wild will not split itself.

If a jumping wild comes into play then they'll jump to a different reel position on each spin the player makes. If a Jumping Wild lands on a reel with a Razor Split enhancer it will double its multiplier (the maximum a multiplier can reach is 512x).

If players land 3, 4 or 5 bonus symbols then they'll trigger Lockdown Spins. The number of free spins will be decided before the feature begins, being revealed in the enhancer cells alongside an additional multiplier on high paying convict symbols.

These free spins will start with either 1, 2 or 3 jumping wilds. It's worth noting that enhancer cells will open up for the duration of the bonus feature, this means that there's a chance that additional free spins and even more jumping wilds could come into play. 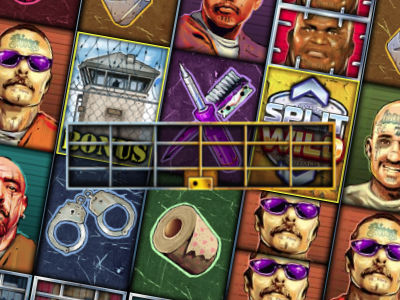 There are locked cells at the top and bottom of each game reel. These can be opened top reveal more symbols when certain special symbols land on the reels and during bonus features. 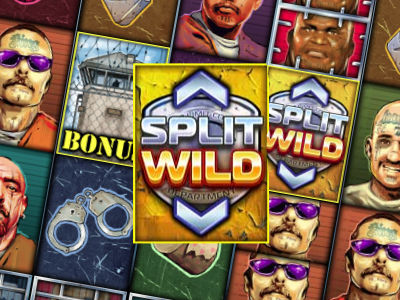 Split wilds are special wild symbols that can land on the game reels at any time. These will split regular symbols that appear on the same reel in half, possibly leading to even more winning combinations. 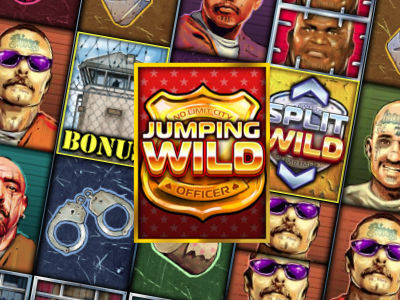 Jumping wilds are wilds with a multiplier upon them that upon landing will jump around the game reels upon each and every spin. The maximum multiplier a jumping wild can reach is 512x. 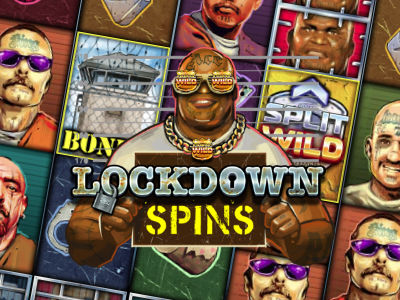 If players land 3, 4 or 5 bonus symbols on the game reels then players will trigger lockdown spins. Players will be given a number of free spins with a multiplier attached to convict symbols. Between 1 and 3 jumping wilds will also come into play during this bonus.

San Quentin xWays is a feature-filled 5-reel, 243 payline slot developed by Nolimit City. This burly crime-themed slot is set in the world-famous maximum security San Quentin Prison in California, USA where players will come across a number of tough-looking convicts whose appearance on the game reels could potentially see players net the game's incredible maximum win of 150,000x their stake. With features and mechanics such as split wilds, jumping wilds, enhancer cells and lockdown spins we don't envision players getting tired of this stacked slot any time soon!

It's fair to suggest that design is where this intimidating slot really comes into its own. It's clear that Nolimit City has genuinely put a lot of care and attention into developing this slot.

The game is set in the world-famous San Quentin State Prison, one of the most dangerous prisons in the United States (located just North of San Francisco, California). If you think you recognise the name, it's because this prison is home to the largest Death Row in the States... If not that, then it's likely because this prison has featured heavily in documentaries and tv shows over the years.

The team behind the slot rightly dubbed it outrageous, and it's hard to disagree... When spinning the reels you're reminded not to drop that soap as hardened convicts such as Crazy Joe Labrador and Beefy Dick are lurking around the corridors of this high-security correctional facility.

Low paying symbols in San Quentin xWays include toilet paper, handcuffs, a shiv, a lighter and soap. High paying symbols are five hardened prisoners sporting scars and gang tattoos. Special symbols include a bonus symbol which is a prison guard tower, the xWays symbol, a razer split symbol, a wild symbol on a guard's badge and a special multiplying jumping wild appears as a golden guard's badge.

In terms of the soundtrack, San Quentin xWays features a strange but catchy soundtrack that's managed to successfully mix together hip hop, latin and heavy rock music... It sounds terrible on paper, but we were nodding our heads along after a couple of minutes and we think you'll get into it as well.

As you can see from the features section of this review, there really is a lot to take in when it comes to San Quentin xWays, there are a ton of different mechanics to get used to and the enhancer cells mechanic confused us at first.

With regards to navigating San Quentin xWays, you're in for a more straightforward experience. On the left-hand side of the game reels is a gold star button that reveals the 'Nolimit Winners' (a leaderboard with the highest scores), a pop-up menu featuring the game rules and paytable, a sound settings button and a stake selection button.

On the right-hand side of the game reels is a large play button and a smaller autospin button below that.

This high volatility slot has an RTP of 94.11% (if you're playing San Quentin xWays with feature buy then the RTP is 96.03%) and a maximum win potential of 150,000x stake which is unheard of. It's rare that we come across a game with a win potential as high as 50,000x let alone one three times higher! It might be worth taking the win potential with a pinch of salt though because the slot sites we have been able to play this game at have only have allowed us to play with a very small stake.

San Quentin xWays is a very well made game that has more than enough to satisfy even the most avid online slot player, that being said we did have a bit of an issue with the features and mechanics thrown at us early on.

This game (like many Nolimit City slots) has a bit of a learning curve, so if you're not used to their innovative xFeatures (or games with a ton of features and mechanics in general) then perhaps take a few minutes to famialarise yourself with the game rules and paytable first. However, once you've gotten the hang of things we're quite confident you'll love this slot.

Play San Quentin xWays now at the following verified UK slots sites. These slot sites are fully licenced and have been thoroughly vetted and reviewed by us to ensure they offer a great user experience, are trustworthy, secure, and have a wide variety of the best online slots in their lobbies including San Quentin xWays:-

Enjoyed San Quentin xWays? Here's a handful of similar slots we think you'll like too. These online slots have been chosen based on features and themes similar to San Quentin xWays. You might also want to check out other Nolimit City slots.