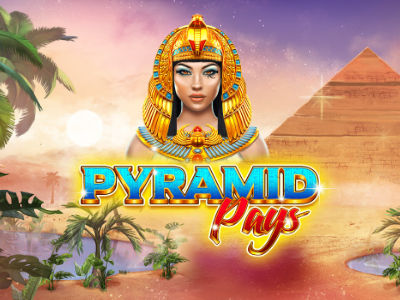 Pyramid Pays is a 5-reel, 243 payline Egyptian-themed slot developed by iSoftBet. This slot revolves around a unique Pyramid Pays feature that sees players in with a chance of boosting their bankroll with one of 9 win multipliers that could reach up to 100x. What's more, players can potentially double these multipliers if a lucrative booster symbol lands on the reel during free spins!

“ Ultimately an average online slot that struggled to keep our attention ”

Jump straight into the action and play Pyramid Pays now at the following fully licenced UK slot sites. These slot sites have been thoroughly audited and reviewed by the team here at Slot Gods to ensure they offer an exceptional user experience, are trustworthy, safe, secure, and boast the best selection of online slots in their portfolio including Pyramid Pays...

On the face of things, Pyramid Pays looks like your stereotypical Egyptian-themed slot. However, in reality, there's actually a little bit more to it than meets the eye thanks to the lucrative Pyramid Pays feature from which the game takes its name.

Frustratingly the most enjoyable feature, the 'Ultra Bet', which allows players to pay 50x their stake for 50 Ultra Bet Spins with increasing win multipliers isn't available to UK players, so we were unable to get a real feel for what this slot is totally about.

When players land pyramid scatter symbols on reels 1, 3 and 5 they're automatically awarded 15 free spins, which is on the generous end of the scale when it comes to free spin bonuses!

The Pyramid Pays Feature is a feature that can be triggered during the free spins bonus by landing special scatter symbols on reels 1, 3 and 5.

Upon being triggered the game pans up to the top of a pyramid and 1 of 9 segments is randomly selected to be awarded to the player, these segments feature the following multipliers: 2x, 3x, 4x, 5x, 10x, 15x, 20x and 100x.

It's possible to trigger up to 9 Pyramid multiplier prizes during a single free spins bonus feature.

If players manage to trigger the free spins bonus feature with a special 'booster' scatter symbol on the fifth reel then all of the multipliers on the pyramid are doubled to 4x, 6x, 8x, 10x, 30x, 40x and 200x. 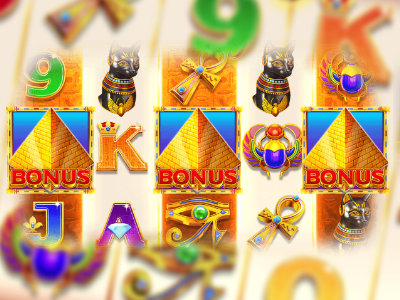 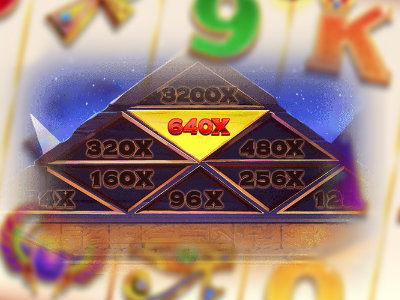 If players land an additional 3 pyramid bonus scatter symbols on reels 1, 3 and 5 during the free spins they'll trigger Pyramid Pays which sees them awarded one of 9 random multipliers. 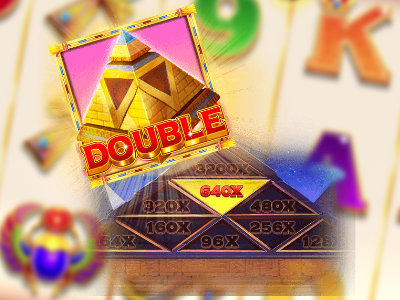 If players land an additional 2 pyramid bonus scatter symbols on reels 1, 3 and a booster symbol on reel 5 during free spins they'll trigger the Pyramid Pays feature with all multipliers doubled.

Pyramid Pays is a highly volatile 5-reel, 243 payline Egyptian-themed slot developed by iSoftBet that can see players grab themselves random multipliers worth up to 100x their stake thanks to an innovative Pyramid Pays feature that's triggered during free spins.

With a bit of luck on your side these random cash prizes can be doubled thanks to a special booster scatter that may make an appearance, making this slot pretty lucrative!

We won't beat about the bush, this slot is pretty bog-standard and looks like practically every other Egyptian-themed slot on the market. The reels are set in front of the River Nile and an ancient Pyramid, whilst statues of an Egyptian King stand proudly on either side of the game screen.

Low paying symbols are your standard 10, J, Q, K, A and high paying symbols are stereotypical Egyptian iconography such as the eye of Horus, scrabs and Tutankhamun's mask. The game's special symbol is a pyramid with the word 'BONUS' or 'DOUBLE' on it.

We needn't go into too much detail about the game's soundtrack, as you'll know exactly what to expect if you've played an Egyptian themed slot before.

Navigating Pyramid Pays couldn't be easier, there are only three buttons players need to be aware of and these are located on the right-hand side of the game screen. From top to bottom there's an autospin button (that players to set up to 1,000 automated spins), a large spin button and a stake selection button.

If you want to access the game's sound settings or paytable, you can do so by pressing one of the two small black buttons in the bottom left-hand corner of the game screen.

This high volatility slot has an RTP of 96% and a maximum win potential of 3,840x the player's stake. The max win is a little on the low side as far as a new 2021 slot goes, but don't get us wrong if you're a fan of this style slot then you could do much worse.

All in all, we feel somewhat indifferent about Pyramid Pays. The Pyramid Pays feature itself is quite novel and we genuinely enjoyed the excitement around that upon triggering a bonus... But we can't help but feel this game's main strength lies in the Ultra Bet feature, and as a UK player without access to it, this ultimately seems like another fairly run of the mill Egyptian-themed slot.

Play Pyramid Pays now at the following verified UK slots sites. These slot sites are fully licenced and have been thoroughly vetted and reviewed by us to ensure they offer a great user experience, are trustworthy, secure, and have a wide variety of the best online slots in their lobbies including Pyramid Pays:-

Enjoyed Pyramid Pays? Here's a handful of similar slots we think you'll like too. These online slots have been chosen based on features and themes similar to Pyramid Pays. You might also want to check out other iSoftBet slots.