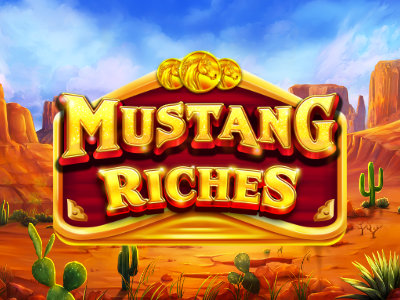 Head to the stunning landscape of the American desert in Mustang Riches. Developed by SpinPlay Games with Microgaming, this animal slot plays on 5-reels with 253 ways to win.

Amazingly, during your playthrough, you can expand the rows by landing gold coins with the Blazing Ways mechanics. On top of that, you have free spins and expanding wilds leading you to wins of up to 7,000x your stake.

“ A lively slot saddled with the brilliant Blazing Ways mechanic ”

Jump straight into the action and play Mustang Riches now at the following fully licenced UK slot sites. These slot sites have been thoroughly audited and reviewed by the team here at Slot Gods to ensure they offer an exceptional user experience, are trustworthy, safe, secure, and boast the best selection of online slots in their portfolio including Mustang Riches...

It all starts with the expanding wilds feature which is triggered when a wild lands on the reels. It expands as a single image and substitutes all symbols except bonus and coin symbols.

Aside from that, you have the Blazing Ways mechanic which is triggered by collecting gold coins. Each reel can have up to 6 rows by collecting up to 3 coins. With this mechanic, you can trigger up to 7,776 ways to win. Once you collect the 3 coin symbols, you lock the reel with 6 rows for the next 3 spins. When a row has all coins, all symbols are upgraded to Mustang symbols.

This slot also features a free spins round that can be triggered by landing 3 bonus symbols. You choose the number of free spins and Blazing Ways during this time with more options unlocked each time you trigger free spins. Coin symbols will award 1 extra free spin and collecting 3 will lock the reels for the remainder of free spins. 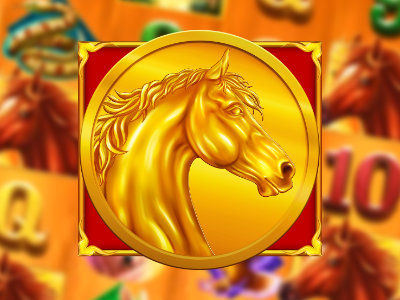 The biggest mechanic in this slot has to be the Blazing Ways feature which expands rows by landing gold coins. During this time, you can trigger up to 7,776 ways to win. 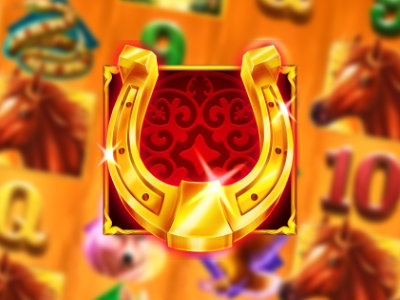 If you manage to land 3 bonus symbols, then you'll trigger the free spins selector. Once you hit the selector, you decide on how many spins you want paired with the Blazing Ways mechanic.

The American desert is a vast area that is both beautiful and overwhelming. Mustang Riches manages to capture this in the form of an online slot. Developed by SpinPlay Games with Microgaming, Mustang Riches is an animal slot that plays on 5-reels with 253 ways to win during the base game.

On your journey through the American desert, you'll find free spins and expanding wilds - but the biggest has to be the Blazing Ways mechanic. This ultimately expands the rows each time you land a gold coin and expands the ways to win from 253 up to 7,776!

There's no denying that the visuals for this slot aren't earth-shattering, but it delivers exactly what it needs to. In the distance, there are various golden-looking mountains mixed with cactus trees paired with the bright blue sky. It's a static image but it almost looks like an Americana painting that you'd see in the 50s due to the bright colour palette - which is most likely intentional.

On the reels, there are various animals include razzle snakes, eagles and other animals associated with native American spirit animals. The star animal has to be the horse that is represented by a golden coin that expands the rows during the Blazing Ways feature. It drives the rows and comes at full force when it does which is satisfying to watch.

The music is insanely catchy with a soft guitar paired with a wind instrument to make you feel like you are in the vast desert yourself. It's relaxing and goes well with the visuals - but we would've appreciated some kind of animation in the background to give it more life.

Anyone could pick up and play this game as it's that's straightforward. The Blazing Ways mechanic expands the rows but there is no need for explanation as the gold symbols highlight when it'll run out.

If you look to the right of the reels, you'll find the spin button paired with the additional menus which include the payable. The bet level is to the left of the reels but we couldn't actually trigger the autospin, so you'll have to spin the reels yourself.

Mustang Riches has a solid RTP of 96.45% which is over the average standard. In terms of volatility, this slot features a high volatility level meaning that wins are often less frequent but they'll be greater when they do.

The maximum payout is 7,000x your stake which can be achieved by expanding the rows to the maximum amount either through free spins or the base game.

This may not be the best looking slot, but you should never judge a book by its cover. The Blazing Ways mechanic is enthralling to watch and the rest of the game is entertaining to play.

Play Mustang Riches now at the following verified UK slots sites. These slot sites are fully licenced and have been thoroughly vetted and reviewed by us to ensure they offer a great user experience, are trustworthy, secure, and have a wide variety of the best online slots in their lobbies including Mustang Riches:-

Enjoyed Mustang Riches? Here's a handful of similar slots we think you'll like too. These online slots have been chosen based on features and themes similar to Mustang Riches. You might also want to check out other SpinPlay Games slots.