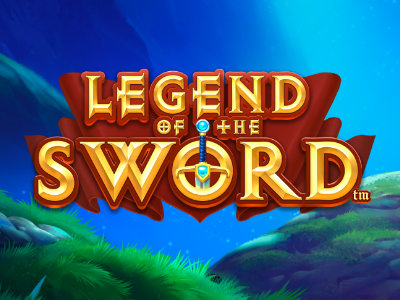 Legend of the Sword

Legend of the Sword is a Mythical-themed 5-reel, 3,125 ways to win slot developed by Snowborn, a partner of Microgaming. This slot offers players big wins by way of a scatter jackpot. Landing 5 or more Excalibur scatter symbols during base gameplay can see players win up to 10,000x their stake! In addition to this, there's are Camelot Free Spins that feature regular re-triggers and an increasing win multiplier.

“ Pull up a seat the round table, because there are big riches to be won here! ”

Play Legend of the Sword

Jump straight into the action and play Legend of the Sword now at the following fully licenced UK slot sites. These slot sites have been thoroughly audited and reviewed by the team here at Slot Gods to ensure they offer an exceptional user experience, are trustworthy, safe, secure, and boast the best selection of online slots in their portfolio including Legend of the Sword...

Legend of the Sword Screenshots

Legend of the Sword Features

There are two main features and mechanics to talk about in mythical-themed slot Legend of the Sword, Excalibur Scatters and Camelot Free Spins both of which revolve around a 5-tiered ladder that sits to the left of the game reels.

If players land 5 or more Excalibur scatter symbols anywhere on the game reels then they'll automatically receive a cash prize that corresponds with a 5-tiered ladder that's can see players win a maximum of 240,000 (10,000x the game's maximum stake of 24.00).

If players land 3 Camelot Free Spin symbols anywhere on the game reels then they'll automatically trigger the Camelot Free Spins bonus, this sees players receive 3 free spins that reset every time players land an Excalibur Scatter symbol (revealing one of the Knight's of the Round Table). In addition to this, a multiplier will increase by +1 every time one lands.

At the end of the free spins bonus players can refer to a sword counter to the left of the reels which will indicate the fixed payout they'll receive alongside the free spins winnings for landing a certain number of the special Excalibury scatters. 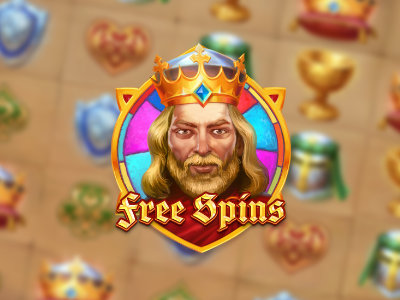 Whenever players land 5 or more Excalibur Scatter symbols during base gameplay they'll automatically receive a fixed payout that can reach as high as 10,000x the player's stake. 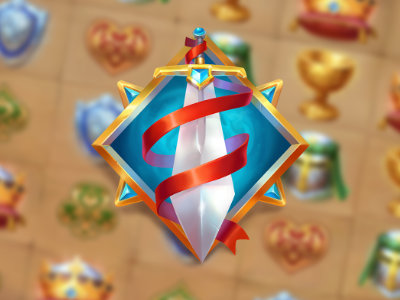 Legend of the Sword Review

Legend of the Sword is a 5-reel, 3,125 ways to win slot developed by Snowborn, a studio under the wing of iGaming giants Microgaming. This quirky title, inspired by King Arthur and the Knights of the Round Table features a 5-tiered prize ladder that can see players win up to 10,000x their initial stake when landing Excalibur scatter symbols. In addition to this, there's a highly lucrative Camelot Free Spins feature also offering a prize ladder that can offer players unlimited free spins.

One of Legend of the Sword's biggest flexes is its gorgeous design. The 5x5 reels are set upon an unrolled scroll of parchment which is set in front of a beautiful fictional Kingdom of Camelot. The game's prize ladder is displayed on a bright red flag that's hanging just behind the legendary sword buried deep into a stone.

During the Camelot Free Spins feature, whenever players land an Excalibur Scatter symbol one of the famous Knights of the Round table will appear, resetting the spins. These include King Arthur, Sir Lancelot, Sir Percival, Sir Gawain, Sir Percival, Sir Bors the Younger, Sir Lamorak, Sit Kay and Sir Gareth.

In terms of the soundtrack, Legend of the Swords boasts a high-octane mythical score that inspires bravery, confidence and willed us on towards big money wins! It's nothing out of the ordinary for this style of game, but it worked well!

Legend of the Sword is all about the 5-tiered prize ladder. Of course, it's important that players pick up wins featuring great combinations of high-value symbols, but what players really want to aspire to is landing a full set of Excalibur scatter symbols.

In terms of navigating this slot, all of the game's buttons can be found on the right-hand side of the game reels. From top to bottom you'll find sound settings, autospin, spin and turbo spin, stake selection and game settings.

This high volatility slot has an RTP of 96.12%, which is fair in our eyes. In addition to this, it offers players maximum wins of 10,000x their stake. Interestingly, it's probably more likely that you'll win the maximum stake during base gameplay, however, it will be a bit of a grind! That's not to say that big wins aren't achievable in the Camelot Free Spin feature, because they really are... Especially with the increasing win multiplier that comes into play during this time!

Personally, we're big fans of games that revolve around prize ladders and scatter jackpots... Big wins somehow feel a bit more achievable when playing them. All in all, Legend of the Sword is a decent slot, it might not offer anything particularly groundbreaking, but it offers solid gameplay with big 10,000x wins and an enjoyable aesthetic.

Play Legend of the Sword

Play Legend of the Sword now at the following verified UK slots sites. These slot sites are fully licenced and have been thoroughly vetted and reviewed by us to ensure they offer a great user experience, are trustworthy, secure, and have a wide variety of the best online slots in their lobbies including Legend of the Sword:-

Enjoyed Legend of the Sword? Here's a handful of similar slots we think you'll like too. These online slots have been chosen based on features and themes similar to Legend of the Sword. You might also want to check out other Microgaming slots.