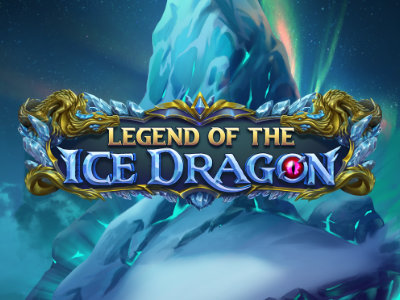 Legend of the Ice Dragon

Developed by Play'n GO, this mythical slot plays on a grid of 7x7 and uses Cluster Pays to match up wins. With multipliers, Freezing Features and Ice Crystal Features - you'll be finding the dragon's treasure in no time.

“ A legendary slot that's a must-play for Cluster Pays fans ”

Legend of the Ice Dragon Screenshots

Legend of the Ice Dragon Features

When you land wild symbols, you can an Ice Frame where they land at the end of each cascade. If a wild lands on an existing Ice Frame, then the multiplier increases and can climb up to x8. The Ice Frame multipliers remain inactive until the Dragon Blast is triggered.

If you don't manage to land wins during a spin, you can win one of three different features. The Hailstorm chooses one random symbol on the grid and 3 of the chosen symbols will have 5 random symbols opposite them. The chosen symbol will transform into wilds. You can have 1 to 3 wilds per wilds with up to 9 wilds.

The second feature includes the Avalanche which destroys all instances of 2 symbols to deposit up to 7 wilds. If you trigger the Blizzard feature, 7 symbols on the pattern are selected with most of them being destroyed but the others being transformed into wilds.

Winning symbols fill up the Ice Crystal Charger by collecting 20, 40, 60 or 80 winning symbols. However, it can become overcharged and every additional 10 charges after 80 overcharges will add 2 Ice Frames to the reels.

After you've reached 60 winning symbols, you'll remove all low-paying symbols on the grid through Destruction. Similarly, landing 80 symbols will trigger the Dragon Blast which turns all symbols with Ice Frames into wilds and all Ice Frame multipliers are activated. Similarly, if you overcharge the symbols to 90 then you'll gain 2 Ice Frames. 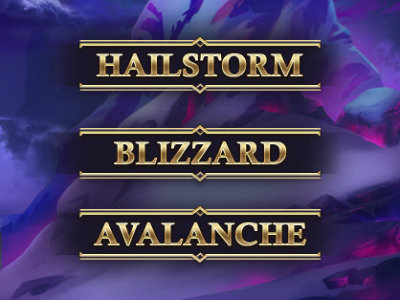 If you don't land any wins, you could gain one of the three freezing features which include Hailstorm, Avalanche or Blizzard. These essentially improve your gameplay by adding or transforming existing symbols into wilds. 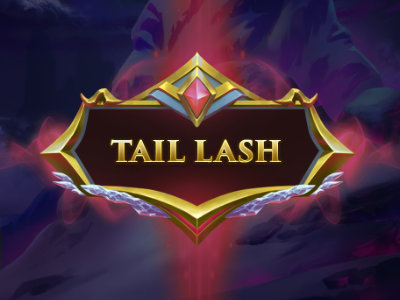 Landing 20 or more wins will trigger the Ice Crystal Features. These include the Tail Lash, Ice Scorch, Destruction and Dragon Blast. Ultimately, these transform symbols and help you gain bigger wins.

Legend of the Ice Dragon Review

Once upon a time, there was a legend of a mythical Ice Dragon that no one had ever seen - or at least lived to tell the story. With the help of Play'n GO, you can now witness the brilliance of the Ice Dragon and discover the riches hidden in its lair.

Legend of the Ice Dragon is a mythical slot that plays on a grid of 7x7 using the Cluster Pays mechanic. Throughout your adventure, you'll find multipliers, modifiers and a variety of features through the Ice Crystal Charger.

This mythical slot opens with a beautiful cinematic that tells the legend of the Ice Dragon. There are various cartoon images that look like they are straight from a storybook and look phenomenal. As soon as it ends, you are transported to the reels.

In the middle of the screen, you'll find the reels with various ice mountains in the distance and the blue sky above. To the right of the reels, you'll notice a grand dragon which is the Ice Dragon.

The infamous Ice Dragon moves around the reels and talks in a grand voice when you trigger certain features. It will remind you of Smaug from The Hobbit with the grandiose voice and presence.

In terms of music, it's a mystical score that sounds magical with soft whistles but builds up the atmosphere with drums. It's clear that Play'n GO are determined to give you an online slot that is stunning in visuals and creates a whole new world.

As previously mentioned, this slot uses the Cluster Pays mechanic on a grid of 7x7 which means that you match up clusters of wins instead of a traditional payline. All the relevant menus can be found at the bottom of the screen with the spin button at the bottom right. Next to the spin button, you'll find the autospin and bet level button followed by an additional menu at the left side of the screen.

Legend of the Ice Dragon is a high volatility slot with a decent RTP of 96.26%. The RTP is just above the average standard of 96% which is generally accepted.

The maximum win for this slot is 6,000x your stake which can be achieved through the Ice Crystal Features and with the multipliers reaching up to x8. During our gameplay, we found that it was easy enough to build up the Crystal Charge but it can take time and patience.

It's clear that Play'n GO have put loads of effort into creating something magical and unforgettable. As the slot opens up, you'll be given an introduction into the slot which just makes the world feel even more real.

Of course, the gameplay is fantastic and the use of Cluster Pays is brilliant. It's mesmerising to see the clusters form and build up the Crystal Charge! If you want a mythical slot unlike anything else out there, then give Legend of the Ice Dragon a spin.

Play Legend of the Ice Dragon