Embark on an action-packed adventure where sword-wielding pirates roam the reels in the Chasm of Fear slot from the Kingdoms Rise series. This Playtech game is stacked with high paying extras with wilds, multipliers, expanding reels and some awesome bonus features, including the chance to hit one of three randomly triggered progressive jackpots.

“ Captain your way through a fun and rewarding storyline! ”

Playtech is no stranger to producing slot titles with excellent bonus features, and the Kingdoms Rise: Chasm of Fear is no exception. Part of the Kingdoms Rise series, this game upholds the jackpot theme and maintains a good number of bonus extras. The game offers some enticing win potential with high paying symbols, wilds, multipliers and three jackpots, let’s take a deeper look at the features within this new game. 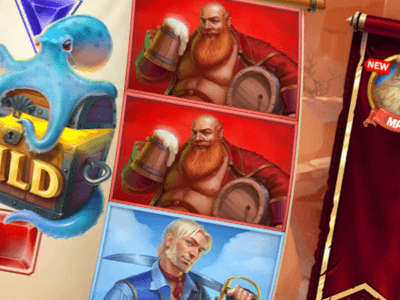 Landing the giant scatter symbol on reel 5 will trigger the feature, this will expand the reels to have 4, 6, 6, 6 and 4 rows which give you 3,456 ways to win. You will also get a free re-spin with increased win potential. 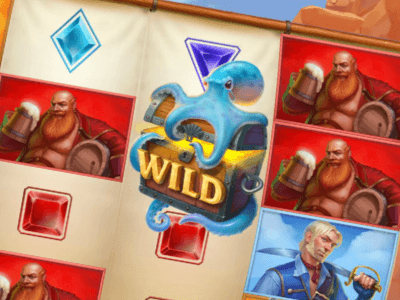 Landing the giant scatter symbol on reel 3 or 4 will trigger the feature and the reels will expand for 3,456 ways to win. You get 6 free spins and an additional 3 spins if a scatter lands on reel 5, there’s no limit to the number of spins you can trigger. 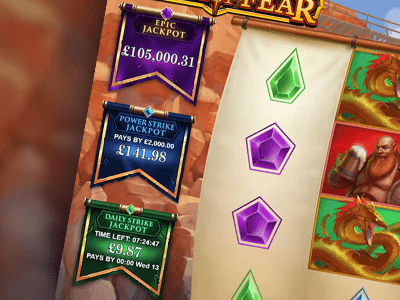 You’ll have a shot at landing 1 of 3 progressive jackpot prizes. These can trigger at random on any single spin, although the higher the bet amount the increased chances. 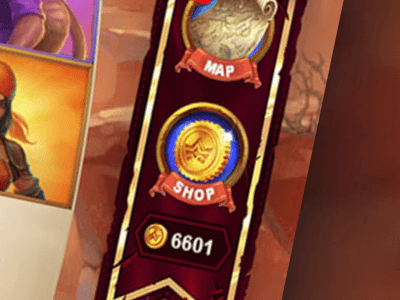 You’ll have the opportunity to collect tokens and buy features from the Kingdoms Rise shop. For 300 tokens you can buy 1 re-spin with a wild and 1,000 tokens get you 1 re-spin with 3 wilds above reels 2, 3 and 4.

Kingdoms Rise: Chasm of Fear continues the usual fantasy theme with plenty of monsters and epic-ness. This time the game sees you take on armed pirates who are after the treasure. Kingdoms Rise is a series of slot games where you earn tokens which can then be exchanged for triggering bonus features in the Kingdoms Rise store.

The Chasm of Fear game is played on the usual 5 reels and 4 rows with up to 3,456 ways to win. You can expect to come across some enticing bonus action with some high paying wilds, multipliers and scatters on the reels. If that’s not enough there is a generous free spin feature and three progressive jackpots that can be triggered at random.

The game has Playtech’s trademark visual prowess with sharp graphics and visually immersive gameplay. The high-prized game will unfold a story as you play through the reels, much like the other slots in the Kingdoms Rise series. You can expect an exciting storyline to go along with those exciting payouts.

Kingdoms Rise: Chasm of Fear is another fantasy-themed slot from the Kingdoms Rise series, this time it takes you to a place where pirates rule and the treasure is for the taking. Just watch out for the boulder-throwing giants trying to sink your ship. As you would expect from the likes of Playtech, the game boasts incredible visuals and brings you into the epic realm of a pirate adventure.

Set on a pirate ship in a rocky gorge, the game has plenty of colours with friendly graphics and bright visuals. The slot puts you right in the centre of the action and the animation further immerses you into that adventurous world. As you play through the reels you will discover more animations as the story unfolds.

On the reels, there are gems, angry pirates, treasure, coins, dragons and more. The background soundtrack provides some serious suspense as you navigate through rocky waters and spin for the treasure.

Like the other Kingdoms Rise slots, Chasm of Fear takes the experience up a few notches and fully invites you into the action with an awesome storyline and captivating features that keep interest levels high.

The slots in the Kingdoms Rise series are famed for their exceptional gameplay. These slots are taking playability to new levels through immersive animations, compelling storylines and engaging features. All of these awesome ingredients are in the Chasm of Fear slot, making it a top-class slot.

The reels are set on a ship's sails with the spin controls conveniently located beneath the reels. The spin button is clearly labelled and next to that is the auto play button where you can set up to 100 spins automatically. There is also a turbo mode to speed up the reel spins and play more rounds in quicker succession. On the other side of the control panel is the total bet amount which ranges from £0.10 to £500, so it covers all bankrolls and budgets.

The Kingdoms Rise: Chasm of Fear slot has a solid 97.07% RTP, making it a medium variance game. There is a max potential payout of 10,000x your stake, so you can be sure there is treasure on the reels. The max total payout is £500,000, which is enough to satisfy any slot enthusiast.

The game is swimming with high paying symbols, including treasure wilds, pirate scatters and big multipliers. You will also find some pleasing rewards during the free spins feature.

On top of that, this game has three progressive jackpots that can be randomly triggered on any spin.

Playtech’s Kingdoms Rise: Chasm of Fear slot is another awe-inspiring addition to the Kingdoms Rise slot series. The game lightens up the atmosphere with more colour and friendly features. The bonus extras are where the wins come in, but the progressive jackpots are the main attraction. This rewarding slot does a great job of entertaining around the board. If you like a slot with a storyline and some exciting features, then you needn’t look any further.