The Play ‘N Go ‘rock’ series is back with another thumping band, this time we’re joining the German power metal band Helloween for some serious awesome slot action. The game is rammed with high paying extras, including an innovative free spins feature, roaming wilds and the chance to hit 5,000x your stake. This head-bumping slot will have you punching the air in excitement.

“ A feature-full performance with a rewarding encore! ”

Jump straight into the action and play Helloween now at the following fully licenced UK slot sites. These slot sites have been thoroughly audited and reviewed by the team here at Slot Gods to ensure they offer an exceptional user experience, are trustworthy, safe, secure, and boast the best selection of online slots in their portfolio including Helloween...

Play ‘N Go’s rocking collection of slots has seen some awesome and rewarding features and they have continued the roll with the Helloween slot. This game comes with a whopping 8 bonus features, so you can expect plenty of nice rewards throughout. The rock-themed slot features a unique free spins feature where every free spin applies a different feature to increase the reward potential. Let’s take a look at what bonus features you will find during this slot game. 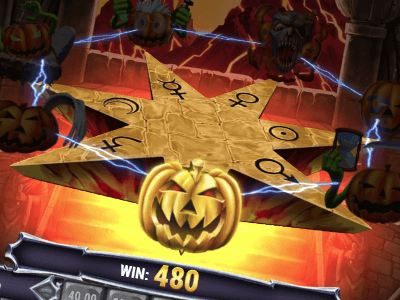 You get 7 free spins with scatter symbols collected as you play. If you collect 3, you spin the Keeper of the Seven Keys wheel where you can play 1 of the 7 bonus features. If you get the Helloween option, you get a further 7 free spins. 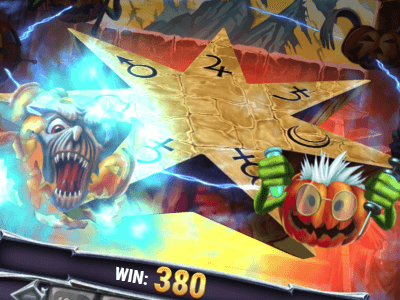 Keeper of the Seven Keys wheel

The wheel is triggered on a 7 keys scatter symbol on reels 1, 3 and 5. Here, the wheel spins to trigger 1 of 7 bonus free spins features. In all spins, scatters act as wild symbols. 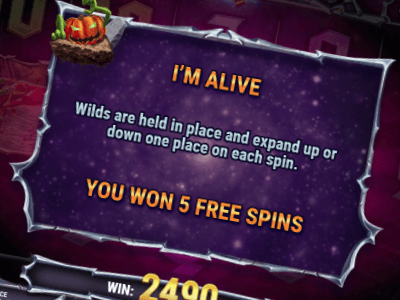 I’m Alive pumpkin wild symbols are held in place and expand on each free spin. When a reel is filled, it disappears on the following free spin. 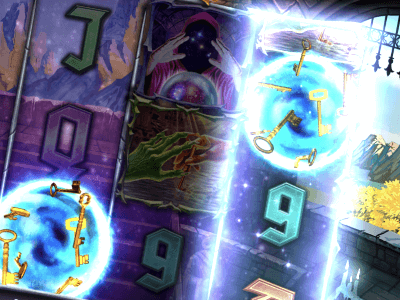 The Future World pumpkin wilds appear and expand to give you wild reels. 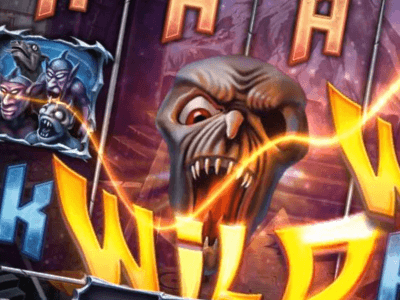 The Eagle Fly free pumpkin wilds fly onto the reels on every spin. It remains and changes position on each spin.

All instances of a royal symbol will turn into a Dr Stein pumpkin wild on every spin. 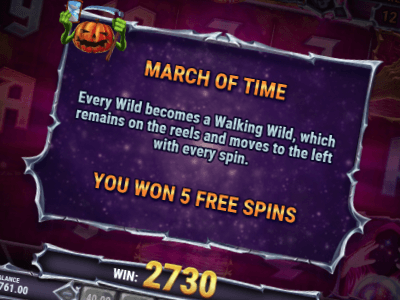 All March of Time pumpkin wilds are held on the reels and move 1 place to the left on every spin. When they hit reel 1, they disappear on the next spin. 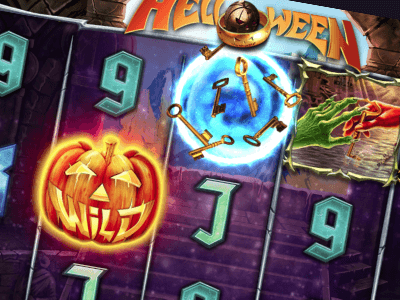 I Want Out Free Spins

I Want Out pumpkin wilds landing on the reels expand to 2x2 in size. 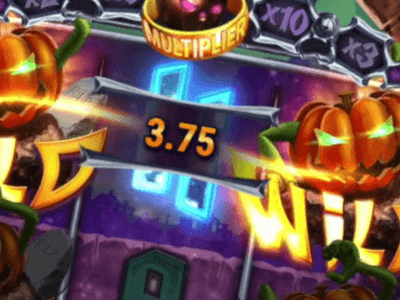 After any bonus feature, you have a random chance to trigger the Helloween Multiplier feature where a multiplier of 2x, 3x, 5x or 10x is applied to all winnings.

The Helloween slot from Play'n Go has you ramping up the reels with the 80s German power metal band of the same name. The game is part of the ‘rock’ slot series where each game is themed on a real band such as Twisted Sister or Saxon. This time the slot is a bit more friendly and colourful when it comes to the visuals. The rock-themed game is absolutely stacked with bonus extras, boasting a total of 8 features, including free spins, wilds, multipliers and more.

The game is played on the usual 5 reels and 3 rows, with 10 paylines. The game is some awesome win potential with up to 5,000x your stake to win on a single spin. Although the game is based on a heavy metal band, the appearance of the slot is not so ‘heavy metal’. The game has plenty of bright and friendly colours that create a pleasing place to spin the reels. The soft aesthetics make it an enticing game for any slot fan, not just those who like to rock out to their music.

Helloween is not as dark and grungy as many of the other slot games in the ‘rock’ series by Play'n Go. This game is set on power rock band Helloween and features plenty of rockin’ pumpkins. The game is very colourful and does not scream ‘heavy metal’ but more ‘pleasant metal’.

On the reels, there are some vibrant symbols including a ring, goblins, keys, crystal ball and more. There is no shortage of animation across the reels, when a reel turns wild, a rock star pumpkin man will start rockin’ out on his guitar, it’s pretty cool! The game’s bonus wheel and free spins keep excitement levels high through some brilliant visuals. Of course, the gameplay is complemented by a soundtrack from the band itself.

With attention-grabbing visuals and friendly gameplay throughout, this slot will appeal to any slot enthusiast, regardless of their music taste.

The game has a very familiar feel and sticks to Play'n Go’s slot structure. There isn’t anything complicated about this slot, it’s very user friendly and all features are clear and easy to play.

The game has a big spin button within the control panel and next to that you have an auto spin control where you can set the slot to play out 100 spins automatically. You can also easily set your bet amount, which ranges from £0.10 to £100, satisfying the casual player and the casino pro. You can hit the information icon which provides a brief overview of the slot symbols and the in-game features.

The Helloween slot has a 96.2% return to player percentage which sits around the industry average, making this a medium variance title. The game’s bonus features provide some balance boosting opportunities where you can scoop up to 5,000x your stake, making this slot one of the highest paying games in the rock slot series, offering a top prize of £500,000.

Intuitively designed and thriving with features, the Helloween game has what it takes to rock your casino world. The slot is a joy to play thanks to its graphically rich design and rockin’ awesome soundtrack. What makes this game shine is the incredible array of rewarding features on the reels. If you are a fan of bonus action, then the Halloween slot will more than meet your needs.

Play Helloween now at the following verified UK slots sites. These slot sites are fully licenced and have been thoroughly vetted and reviewed by us to ensure they offer a great user experience, are trustworthy, secure, and have a wide variety of the best online slots in their lobbies including Helloween:-

Enjoyed Helloween? Here's a handful of similar slots we think you'll like too. These online slots have been chosen based on features and themes similar to Helloween. You might also want to check out other Play'n GO slots.