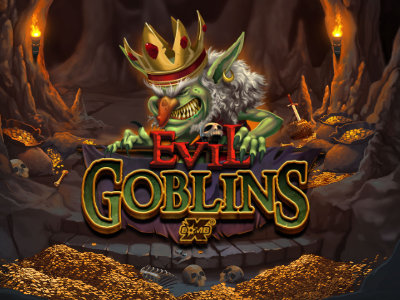 Evil Goblins xBomb is an extremely volatile mythical-themed slot developed by Nolimit City. This 6-reel, 729 ways to win title is not only filled to the brim with vile goblins, but it's also full of bonus features! Goblins pop up above the reels to throw bombs at symbols turning them wild. There's also an Evil 4 multiplier feature, special wilds, two types of Free Spin bonus and the xBomb mechanic.

Like most Nolimit City games, this slot has a lot of bonus features and mechanics. We appreciate that they have 'no limit' in their name, but sometimes we feel there should be a limit, as there's a LOT to take in here and it's pretty overwhelming.

There are three different types of wild symbols that may appear in Evil Goblin xBomb, these are regular wilds, dead wilds and resurrection wilds, these all do the following.

On every spin a number of goblins will pop up above the reels and throw bombs at the symbols. If players manage to match a goblin with a goblin symbol on the same reel then they'll trigger the Goblin Sacrifice feature.

This sees the goblin throw an iron grande at himself, turning himself into a goblin wild symbol. A random new goblin will pop up and take his place.

If an exploding xBomb lands on the reels it will remove adjacent symbols except scatter symbols, dead wilds and Resurrection wilds and will increase a win multiplier by +1. Every xBomb symbol that lands will also add one row to the reel (up to a maximum of 7 rows).

If players manage to see 4 matching goblins sit atop the game reels then they'll automatically trigger the Evil 4 feature.

The matching goblin will atop a throne on reel 1, they will boost a multiplier of 4x or higher. This means that the number of symobls on that reel are counted as 4 of that symbol type. The multiplier will grow by +1 everytime a new matching goblin appears on top of the reels.

In Fresh Meat Free spins players receive 8+ free spins with guaranteed Dead Wilds on each spin, in addition to this there's a significantly higher chance that Goblin Sacrifice and xBomb will trigger.

In Goblin Feast Free Spins players will receive 4 free spins with the Evil 4 Multiplier activated. Whenever the same matching goblin appears on the top reel the multiplier will increase by +1 and that goblin will stay in its position for the rest of the bonus and the free spins will reset to 4.

Any new matching goblins will turn into skeletons and stick to the reels for the remainder of the feature. 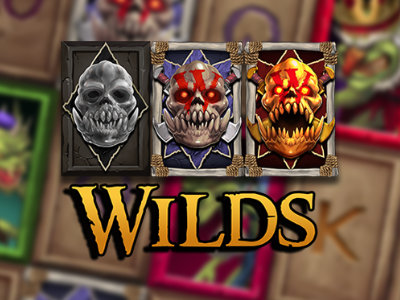 There are 3 different types of wild that can land on the reels in Evil Goblins xBomb. These are wilds, dead wilds and resurrection wilds. The latter can feature multipliers as high as 55x. 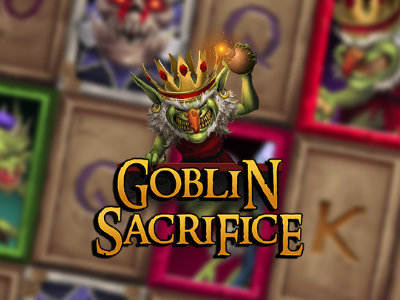 Goblins pop up at the top of the game reels, if players manage to match a goblin with a goblin symbol on the adjacent reel then they'll see the goblin turn themselves into a wild symbol. 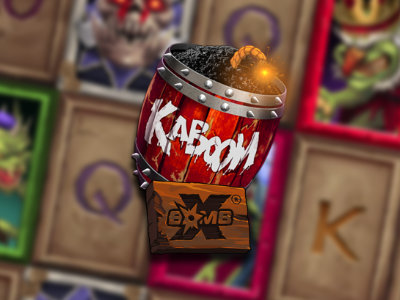 If an xBomb symbol lands on the reels then it will explode and remove all adjacent symbols except scatters, dead wilds and Resurrection wilds. Every xBomb symbol that lands will also add one row to the reels. 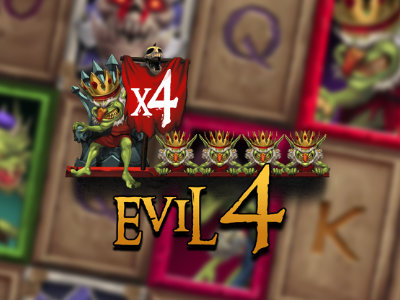 If players match 4 goblins at the top of the reels then that goblin will sit atop a throne on reel 1 with a multiplier of 4x, if a matching symbol lands on reel 1 it is counted as 4 instances of that symbol.  If a matching goblin appears then the multiplier increases by +1. 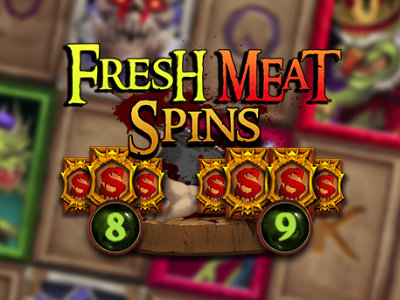 If players land 3 or 5 scatter symbols on reels 2 - 5 then they'll trigger 8 or 9 Fresh Meat Free Spins. During this feature players receive 8+ free spins with guaranteed Dead Wilds on each spin. 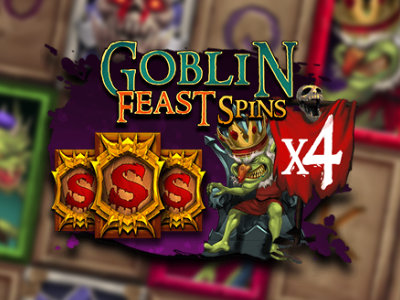 If players land 3 scatters and trigger Evil 4 they'll start Goblins Feast Free Spins. If the matching goblins appears atop the reels the multiplier will increase and that goblin will stay in its position for the rest of the bonus, resetting the free spins.

Evil Goblins xBomb is an extremely volatile 6-reel, 729 ways to win slot developed by Nolimit City. This grim slot takes place deep underground in the lair of vile and disgusting goblins. These goblins will rear their ugly heads from the top of the game reels after each and every spin, throwing bombs down onto reels. If you like lots of bonus features and mechanics you'll enjoy this, as it's FULL of them.

This dark, grimy slot is set underground within the Goblin's kingdom. Goblins will pop up above the reels on each spin and even more goblins appear on the symbols. What we're saying is that a lot of goblins appear in this slot. Low paying symbols are your standard 10, J, Q, K, A whilst high paying symbols are different goblins. Special symbols include 3 different types of skeleton wilds, the xBomb symbol that appears as a barrel of TNT and the scatter symbol which is an S painted in blood on a goblin's shield.

In terms of the soundtrack, players are treated to a very similar drumbeat to that found in Fire in the Hole, another Nolimit City slot.

Ultimately, there's a lot to take in when the reels are spinning, so if you like exciting slots with wild animations and lots of actions you'll be right at home... If you prefer slots that are simple and easy to follow then we'd highly recommend playing something else.

Where do we even begin... On the face of things Evil Goblins xBomb is essentially your standard 6-reel slot, however, the addition of goblins that appear above reels 2 - 6 throw things into chaos. When goblins pop up they'll throw bombs onto the reel below which turns symbols wild. When winning paylines occur these symbols are removed, allowing for new symbols to fall into the vacant spaces.

In terms of navigation, players can access the paytable, sound settings, stake selection and Nolimit Winners global leaderboard on the left-hand side of the screen. On the opposite side, there's a spin button and autospin button.

This extremely high volatility slot has an RTP of 96.14% and can see players win a maximum of 31,969x their stake, which is pretty damn generous (if you can manage to hit that big win). This slot has that many features that it's not actually that hard to register some seriously big winning spins, even if it does take a little bit of time and patience.

Nolimit City is renowned for developing big money slots filled to the brim with bonus features, and Evil Goblins xBomb fits that bill perfectly. We genuinely mean it when we say there's a hell of a lot to enjoy in terms of bonus features and mechanics here... However, if you're new to online slots (or just prefer simple games) then there's no doubt you'll feel overwhelmed and a bit intimidated by it all, as it is chaotic.

Enjoyed Evil Goblins xBomb? Here's a handful of similar slots we think you'll like too. These online slots have been chosen based on features and themes similar to Evil Goblins xBomb. You might also want to check out other Nolimit City slots.