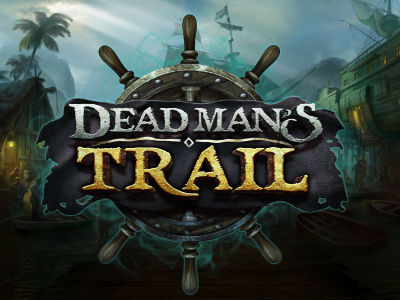 Embrace your inner pirate and walk in the footsteps of the fallen pirates looking for hidden riches in Dead Man's Trail. Developed by Relax Gaming, this pirate slot plays on 5-reels with 40 paylines with wins reaching up to 50,000x your stake.

You can achieve these mighty wins through the trail bonus which takes you on a treasure map to hunt for mighty wins. So grab your finest cutlass and head towards Dead Man's Trail.

Jump straight into the action and play Dead Man's Trail now at the following fully licenced UK slot sites. These slot sites have been thoroughly audited and reviewed by the team here at Slot Gods to ensure they offer an exceptional user experience, are trustworthy, safe, secure, and boast the best selection of online slots in their portfolio including Dead Man's Trail...

Dead Man's Trail is all about the Trail Bonus which is triggered if you land 3 or more bonus symbols. This is where the thrills of the slot kick in as you land on a map and move across the tiles. Throughout the game, you move 1 to 9 with the potential to land on 4 different tiles. These titles include:

After a normal tile or temporary mystery chest has been visited, the tile turns to an end title. As mentioned above, there is a mystery chest symbol that triggers special actions. All of these actions boost the gameplay and include:

On top of the trail, you can win through the coin feature which is triggered by landing 3 or more coin symbols on the reels. You'll be awarded the amount of all visible coins on the reels. 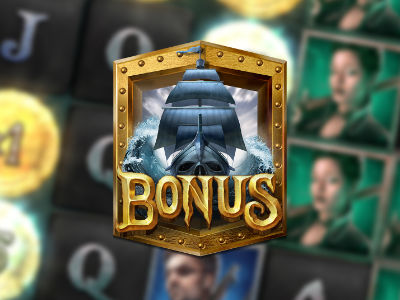 The biggest feature on this slot has to be the Trail Bonus which is triggered by landing 3 or more bonus symbols on the reels. There are 4 different tiles with various effects and you move between 1 to 9 steps each move. 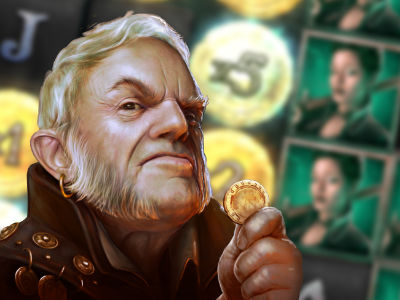 Landing on the mystery tile will give you 1 of 11 different special actions. These can include multipliers, replacement symbols and instant cash prizes meaning that you can win even bigger due to these special actions.

A pirates' life isn't as glamourous as it seems with so many pirates fallen prey to the mighty sea and getting swept up in the heat of the treasure. Once they do fall, they end up looking for hidden riches in the Dead Man's Trail. Developed by Relax Gaming, this pirate slot plays on 5-reels with 40 paylines.

The core gameplay of this slot follows a trail that can lead up to mighty wins of up to 50,000x your stake. If you manage to survive the calamity of Dead Man's Trail, then you'll find yourself soaking up bountiful riches.

Dead Man's Trail opens up on the docks with various pirate ships and sailors surrounding the reels. There's a gentle mist that blows through the bottom of the screen and gently moves various flags on the screen. You definitely get the feeling that this is a dark and dreary place where the pirates come to rot.

Once you trigger the Trail Bonus, you'll be led to a treasure map of a birds' eye view of the port with various ships in the distance but the focus is on the treasure map. It looks like a board game and definitely feels fun to play.

All of the characters in the slot look semi-realistic and like characters, you'd expect to see in Pirates of the Caribbean as they look thuggish but still fit into the Hollywood standard.

Throughout spins, there is grand music playing with drums and violins to give inspiration to music. However, this gets more intense throughout the trail as it gets faster and heavier to create more suspense. There are so many little details that are thoroughly impressive such as the ambient water sounds throughout spins or sea shanties which show how much effort Relax Gaming put into their slots.

The core gameplay of this slot is pretty standard with basic mechanics that involve spinning the reels with wilds. However, this changes throughout the Trail Bonus as the gameplay shifts to a treasure map with unlimited potential. This map completely changes the game and elevates it to the next level.

In terms of buttons, the layout is in the traditional Relax Gaming style with the spin button, bet level and autospin centred at the bottom of the reels. Further to the left, you'll notice the sound settings and additional menus such as the paytable.

Dead Man's Trail has a high volatility level combined with an RTP of 96.29% which is great for an online slot. The volatility is high, so you can expect less frequent wins but they'll be higher when they do come up so be patient.

On the surface, this slot just looks like a good-looking pirate slot with no real substance - but that all changes with the Trail Bonus. It's clear that without the Trail Bonus, this would just be another mediocre slot but the bonus transcends it to the next level.

As mentioned, the graphics look fantastic and the bonus mode is incredible fun and enthralling to play. If you love pirate slots or engaging mechanics, then Dead Man's Trail is one to check out as the gameplay completely changes once you hit the bonus mode.

Play Dead Man's Trail now at the following verified UK slots sites. These slot sites are fully licenced and have been thoroughly vetted and reviewed by us to ensure they offer a great user experience, are trustworthy, secure, and have a wide variety of the best online slots in their lobbies including Dead Man's Trail:-

Enjoyed Dead Man's Trail? Here's a handful of similar slots we think you'll like too. These online slots have been chosen based on features and themes similar to Dead Man's Trail. You might also want to check out other Relax Gaming slots.