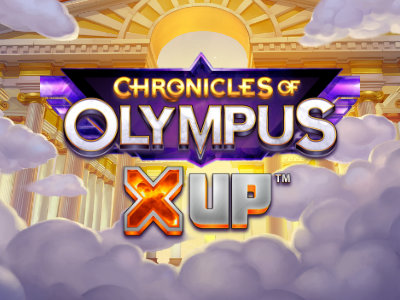 Chronicles of Olympus X UP

On top of Mount Olympus, you'll find the glorious Greek gods as they reside up there to watch over the mortals. In Chronicles of Olympus X UP, you get to see these gods up close to see what sort of hidden treasures they are hiding.

Developed by Alchemy Gaming for Microgaming, this mythical slot plays on 5-reels with 243 ways to win. With the X UP feature and free spins, you'll be winning a mighty amount of 50,000x your stake in no time.

“ Full of exhilarating wins with the 'X UP' feature ”

Chronicles of Olympus X UP Screenshots

Chronicles of Olympus X UP Features

Managing to land 2 scatters will award you an X UP token. You collect these tokens to increase your free spins multipliers with a trail that can reach up to x50.

To the left of the reels, there's an upsizer feature that shows you how many free spins multipliers you've unlocked. You can activate a higher multiplier for a cost and collecting X UP tokens reducing the cost of available free spin multipliers. For non-UK players, there's a Buy Bonus to purchase free spins, but this isn't available in the UK. 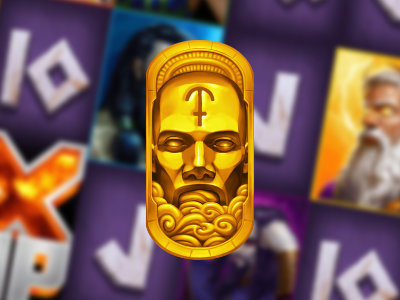 Landing 3 scatters will trigger 8 free spins. You can win 2 additional free spins by landing 2 scatters. Throughout free spins, there's a multiplier at the left side determined by X UP. 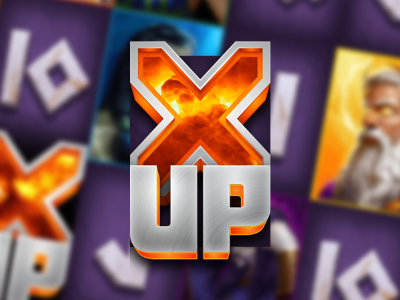 There are X UP tokens which increase with 2 scatters to award you one. These increase the free spins multipliers with a trail that can reach up to x50.

Chronicles of Olympus X UP Review

In Ancient Greek mythology, the Greek gods live on Mount Olympus of Mytikas peak. Chronicles of Olympus X UP follows these Greek gods through their adventures and if you manage to not get in their way, you could gain some heft riches.

Developed by Alchemy Gaming with Microgaming, Chronicles of Olympus X UP is a mythical slot that plays on 5-reels with 243 ways to win. With multipliers, free spins and X UP tokens, you'll see wins of up to 50,000x your stake in this high volatility slot.

You'll find yourself in the clouds with the Greek Gods on Olympus. There are literally clouds around the reels with a grand building just behind the reels. Throughout, the slot you'll find vibrant golds, whites and royal purples to give a regal theme.

On the reels, there are various Gods that look like they are straight out of a comic book. Each of them looks like their counterparts such as Zeus with white hair and a beard, so it definitely feels faithful to the myths.

In-between spins, there's soft instrumental music that plays whilst the reels are static. As soon as you spin the reels, this gets louder but still stays quite soft. It's only during free spins, that the music intensifies along with a volcanic background to show you that it's all kicking off now.

There's not a whole lot to the gameplay in this slot, as there are only 5-reels with 243 ways to win. In terms of mechanics, this slot features free spins and the X UP which are easy to follow.

All the relevant menus can be found on the right side of the screen with the spin button, autospin and bet level. Above these, you'll find a drop-down menu with the paytable and other settings you may need.

Chronicles of Olympus X UP is a high volatility slot that definitely gives you big wins, but less frequently. Thankfully, the RTP is at a solid 96.33% which is over the average standard and generally acceptable.

As for the maximum win, you can see wins of up to 50,000x your stake through the multipliers. During our gameplay, we found it easy to trigger the X UP features for steady multipliers but never could reach the top.

There's no denying that Chronicles of Olympus X UP isn't the best looking mythical slot we've seen, but it looks decent enough. As for the gameplay, it's fairly straightforward which makes it a great slot for new players who want to try out a high volatility slot.

The maximum payout is a huge amount, so players will be able to reach incredible wins through this. Chronicles of Olympus X UP failed to make us entranced, but it did entertain us. It's definitely a slot that's worth a spin to see the X UP feature and seeing if it's a mechanic that's for you.

Play Chronicles of Olympus X UP