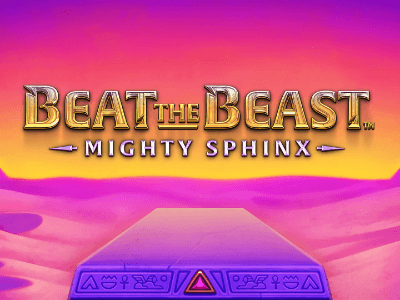 Journey to ancient Egypt to beat the mighty Sphinx, but this time with logic. You have to beat the riddles to reveal all of the hidden treasures.

Developed by Thunderkick, this Egyptian themed slot plays on 5-reels with 9 paylines and gives players the chance to win up to 4,444x their stake. Featuring bonus games with free spins, retriggers and wild upgrades, you'll be beating the Mighty Sphinx in no time.

Jump straight into the action and play Beat the Beast: Mighty Sphinx now at the following fully licenced UK slot sites. These slot sites have been thoroughly audited and reviewed by the team here at Slot Gods to ensure they offer an exceptional user experience, are trustworthy, safe, secure, and boast the best selection of online slots in their portfolio including Beat the Beast: Mighty Sphinx...

Like in most Beat the Beast titles, the emblem symbol (in this case a Sphinx) will substitute as a scatter and a wild. They can even randomly drop throughout the bonus game with 1 to 3 symbols placed on the reels during each bonus spin.

When a bonus game has been retriggered by landing 3 or more scatters, one of the mid-pay symbols will be transformed into a wild symbol. 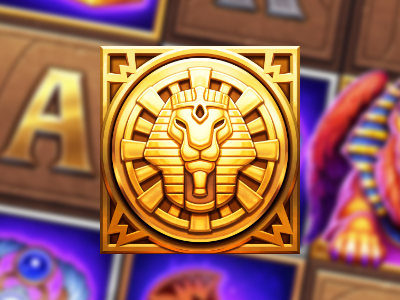 During the base game, up to 3 Sphinx emblem symbols can randomly be placed on any reels at the beginning of each spin. As the Sphinx emblem acts as a wild and scatter, this means that you have a better chance of triggering the bonus game. 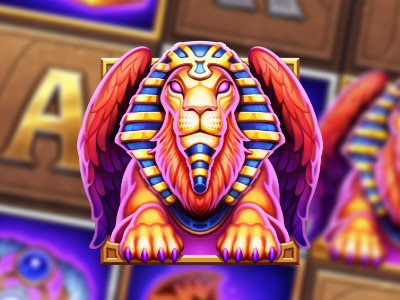 It's time to battle another mythical beast, but this time with wit and intelligence. In the second instalment of the Beat the Beast series, you must solve the riddles of ancient Egypt in search of hidden treasures. This Egyptian and mythical slot plays on 5-reels with 9 paylines whilst giving the players the chance to win up to 4,444x their stake.

Beat the Beast: Mighty Sphinx is developed by Thunderkick and is of course a high volatility slot. Can you live up to the challenge and beat the mighty Sphinx?

Like the others in the Beat the Beast series, the reels are situated in the area that the slot is based around. In this case, the slot is set amongst a desert in Egypt surrounded by sand and pyramids. There is little animation but the colours are vibrant and exciting enough that it's not needed - but would've been hugely appreciated.

Thankfully, the music is exactly what you'd expect with an Egyptian inspired track to play throughout the slot. The only depressing part is that it doesn't change up throughout spins, so there are no additional thrills.

During the base game, you play on 5-reels with 9 paylines and this doesn't change throughout the bonus round. It's as simple as slots go, so don't worry about learning new mechanics or features as there are limited features. All the menus can be found at the bottom of the screen just like in any other Thunderkick title.

With an RTP at 96.12% and a high volatility level, you'd expect the maximum payout to be a little bigger than 4,444x your stake. Sadly, that's the maximum that can be won throughout the bonus round. If you are looking for more, then perhaps this isn't the slot for you.

Sadly, this is the lowest-paid title within the Beat the Beast series and is the blandest in our opinion. Travelling to ancient Egypt to find treasure has been done so many times in slots, that the slot would have to be something utterly spellbinding to keep us hooked.

That is not the case with this slot and it's hugely disappointing from Thunderkick as we expected a little bit more. The design and gameplay are fine enough but nothing special. For a talented studio like Thunderkick, we expected something grand and vibrant but that isn't this slot.