Age of the Gods Mighty Midas

Age of the Gods Mighty Midas is a 5-reel, 40 payline slot developed by Playtech that's filled to the brim with innovative bonus features that can really boost your bankroll. Here you'll find Midas Multipliers, Golden Wilds and Spinning scatter symbols that trigger additional features. It's a surprisingly complex game with a lot going on, but don't let that put you off as this game can see players can win up to 8,650x their initial stake. Might Midas also plays host to the Age of the Gods progressive jackpot.

Age of the Gods Mighty Midas has some fantastic bonus features, that can be triggered whenever scatter symbols land, but first and foremost we have to talk about two key features of the base game.

Whenever players manage to land three scatter symbols on reels 1 and 5 then they'll automatically trigger a gem feature. This sees players awarded one of five unique bonus features that are as follows:

This slot boasts the legendary Age of the Gods Progressive Jackpot that can see players win one of four lucrative progressive jackpots at any time, on any spin. 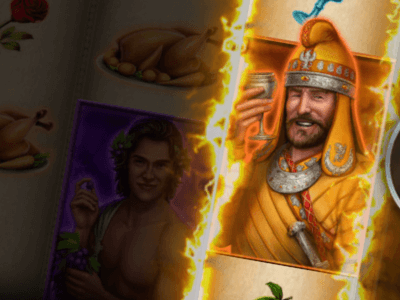 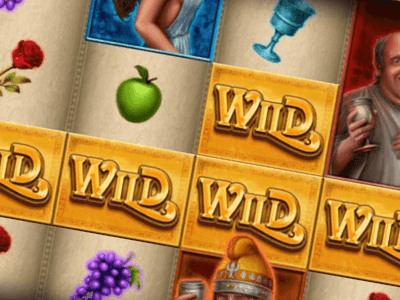 If the Midas Touch symbol points to a Golden Wild then it will increase the wild multiplier on that specific symbol up to a maximum of 3x. 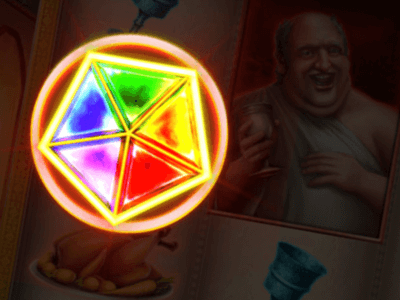 Whenever players manage to land three scatter symbols on reels 1 and 5 then they'll automatically trigger a gem feature, this sees players awarded one of five unique bonus features

Age of the Gods Mighty Midas

Age of the Gods Mighty Midas is a 5-reel, 40 payline slot developed by Playtech that pays tribute to King Midas, former King of Phrygia, an ancient civilisation that is often remembered in Greek mythology.

This slot features a Midas Touch symbol that turns symbols into golden wilds, Midas Multipliers and scatter symbols that can trigger not one, but FIVE different free spin bonuses. If that wasn't enough for you, this slot is also part of the Age of the Gods Progressive Jackpot network.

Mighty Midas may be a slightly older slot having been released in 2018, but it still looks pretty nice and really stands out for looking fairly unique. Behind the game's reels is a grand sun-drenched hall that's filled with golden artefacts, ones that we can only assume belonged to King Midas himself.

The reels are covered in symbols related to wealth and opulence during what we can only assume is a King's banquet, low paying symbols are grapes, a goblet, an apple, a rose and a roast turkey. High paying symbols are all guests, with the highest value symbol being King Midas himself.

In terms of sound, there's a generic gentle orchestral score that plays in the background, it's nice enough, but it most certainly won't get the heart racing whilst you're spinning the reels.

What you see is what you get with these classic Age of the Gods slots, everything players could possibly need is neatly laid out along an action-bar at the bottom of the reels. On the left-hand side there's an info button that when clicked displays all the vital information about the game including bonus features and the paytable, next to that is the stake selection (which can be set between 0.40 and 80).

Age of the God slots usually score quite well in terms of winning potential, and Mighty Midas didn't disappoint. This slot has a decent RTP of 96.34% (which is fantastic for a progressive jackpot slot) and a maximum win potential of 8,650x the player's stake.

Age of the Gods Mighty Midas is genuinely is one of the better old-school Age of the Gods slots, it's rare that we come across a game in this series that has SO many unique bonus features and mechanics that are unique and as fun as they are here. This generous medium volatility slot definitely has the Midas touch.