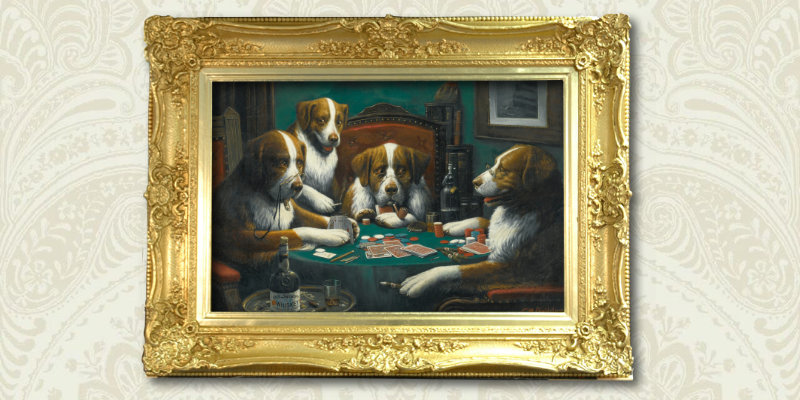 Gambling is a passionate activity that naturally inspired the art world

As one of the oldest pastimes, gambling has been found across many different cultures with the earliest date being the Palaeolithic period before written history. Therefore, it's only natural that gambling inspired the art world and delivered some of the greatest paintings across history.

The nature of gambling makes people passionate in a variety of ways and art captures these moments. Art seizes the essence of human life at its best and at its worst - which is why it appeals to almost everyone. Throughout history, gambling has inspired many artists to create works of art and here are some of the greatest pieces. 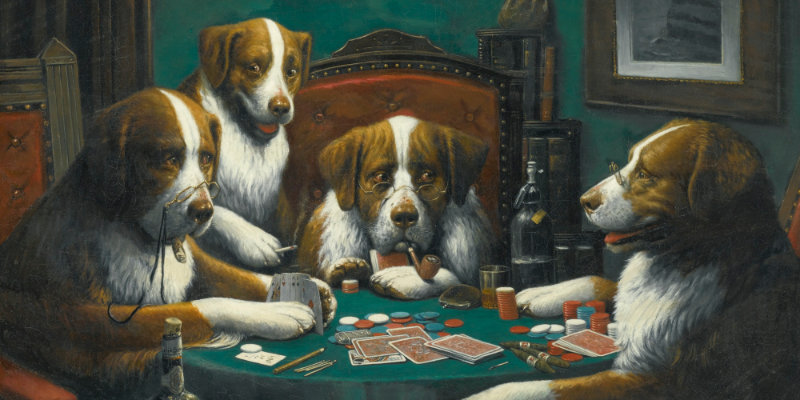 Perhaps, the most famous on our list and most iconic is the 'Dogs Playing Poker' series that was developed to originally advertise cigars. Commissioned by Brown & Bigelow, the 'Dogs Playing Poker' series refers to a series of eighteen oil paintings created by Cassius Marcellus Coolidge. The eighteen paintings all feature anthropomorphized dogs partaking in various gambling activities with the predominant one being poker.

These paintings have been described as kitsch art in home decorations that appeal to popular tastes rather than high art such as in terms of ironic humour. The 'Dogs Playing Poker' series is so popular that it's been immortalised in pop culture in Family Guy, The Simpsons and Toy Story just to name a few examples. Each of the paintings showcases the highs and lows of gambling with a group of pooches - what's not to love? 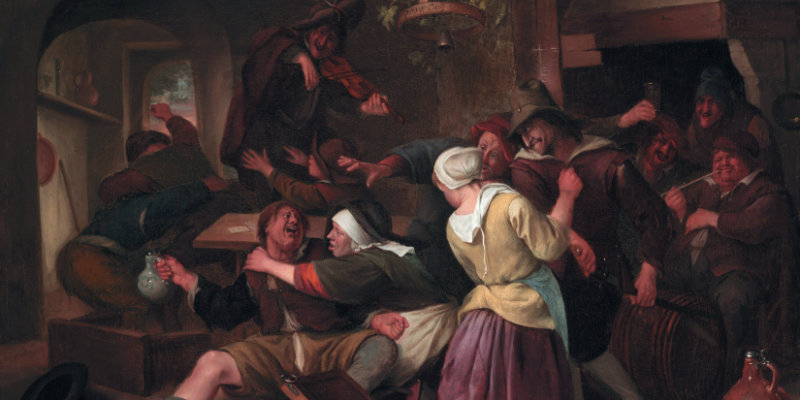 Created in the latter half of the 17th century by Dutch artist Jan Steen, 'Gamblers Quarrelling' is a perfect snapshot of a tavern brawl that broke out due to a heated gambling game. In the painting, there are pieces of the board strewn on the floor with cards next to them. Two women are trying to break up the fight whilst a fiddler in playing along blissfully in the background.

This definitely depicts the humour of Steen's work and shows his style of petite genre which explores aspects of everyday life with normal people in common activities. 'Gamblers Quarrelling' literally shows how passionate people can get whilst playing and that adding alcohol isn't always the greatest idea. Losing your cool is definitely in poor etiquette at a casino and a pub!

At the Roulette Table in Monte Carlo 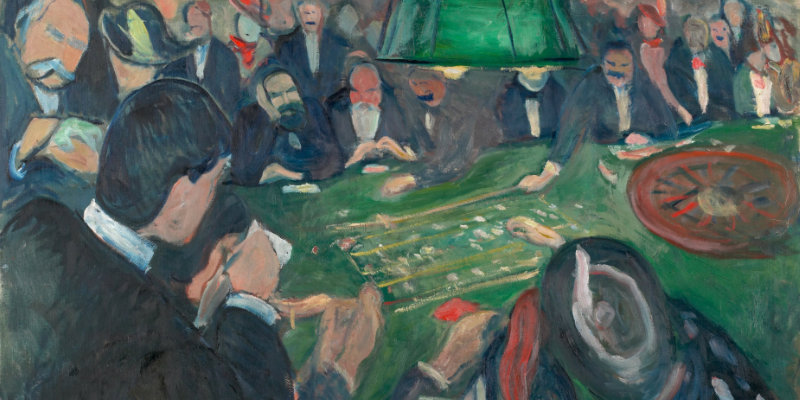 Known for his celebrated painting called 'The Scream' Edvard Munch was a notorious painter who created art through his own emotional and psychological state. He experimented with different styles but 'At the Roulette Table in Monte Carlo' set the groundwork for his distinct style of expressionism and can be found in The Munch Museum in Oslo.

During 1891 and 1892, Edvard Munch stayed in the south of France and was a regular visitor at the casino situated in Monte Carlo. He painted several paintings from his memories from roulette including conveying the nervous atmosphere at the table and that eeriness of leaving everything to fate. Munch depicted all of this in his 1892 painting entitled 'At the Roulette Table in Monte Carlo'.

The Cheat with the Ace of Clubs 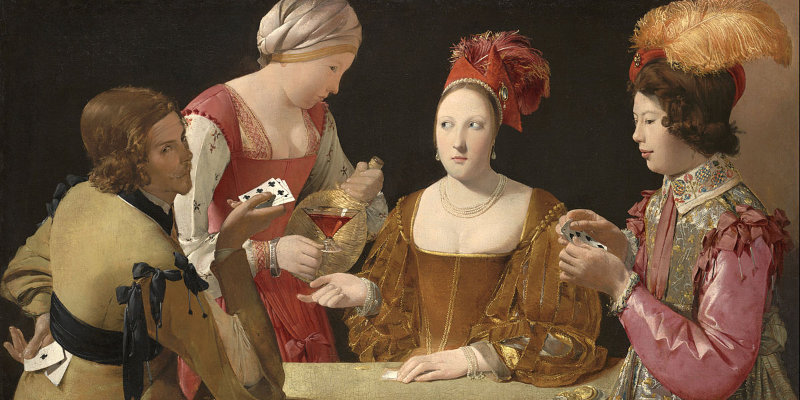 As one of the oldest on our list, 'The Cheat with the Ace of Club' is an oil painting produced around 1630 to 1634 by French Baroque painter Georges de La Tour. This infamous painting depicts a card game in which shows the danger of indulging in drinking and gambling. It shows the lengths that people will go to in order to avoid losing and how alcohol can affect these decisions.

Throughout the painting, you can see the psychological drama that is unfolding as someone is cheating and what the potential next move could be. This painting was so popular that another version was released called 'The Cheat with the Ace of Diamonds' that depicted the same story but with a different suite. 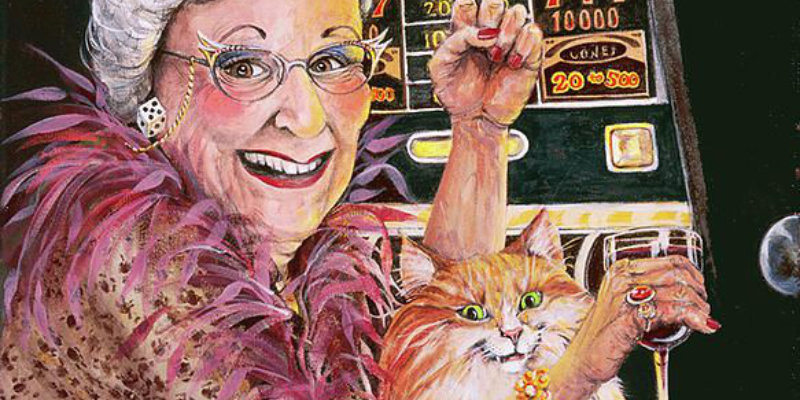 Fast-forward to modern times, and gambling is still inspiring the art world. 'Slot Machine Queen' painted by Shelly Wilkerson depicts an older woman playing on a slot machine in a casino and looking delighted about her victory. Alongside her in the picture is a cat as a lucky charm looking just as thrilled as their owner and adding even more humour to the picture.

Whilst this painting may not be considered a masterpiece, it represents the everyday person and how everyone can find excitement in different places. Some may consider this image tackier than the others and more in the category of bad art - but there's no denying that gambling and the emotions that come with it provide great inspiration for artists.