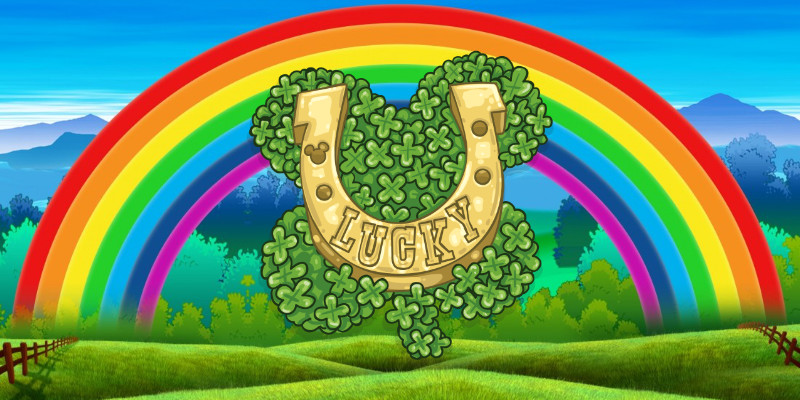 Gamblers across the world know that it’s all about luck and chance. Naturally, this leads to many superstitions and lucky charms to try and maximise their chances of winning. Sometimes these charms are expected, but often these are bizarre items that can cause many heads to turn.

Amazingly, psychologists have proven that good-luck charms actually work psychologically to improve people’s performance. Perhaps this is due to confidence in themselves when they have their lucky items to hand.

Of course, many people have four-leaf clovers and horseshoes for luck, but these are all common superstitious items. As online slots and many gambling activities are purely random, players end up turning to some of the strangest good luck items to help them succeed. Expect the peculiar and the puzzling, here are 10 of the weirdest lucky charms in gambling (in no particular order).

Originally a traditional toy from the Dalarna region in Sweden, these red-painted wooden horses are a symbol in Sweden and became famous across the world after an exhibition in New York in 1939. It’s known as a symbol for luck and is suggested to offer strength and wisdom to players who keep these close by.

These may initially be seen as something a squirrel carries around and stores, but they actually have a deeper meaning. During the Norman Conquest and occupation of England, English people carried dried acorns to protect them from violence and it was later seen as a symbol of luck and power - so naturally, people picked these up as good luck charms.

As the national symbol of Peru, a Tumi is a sacrificial axe used in ceremonies that is expected to bring good luck. This isn’t your average axe and features a circular blade that is often adorned with a god on top of it. Amazingly, a Tumi is quite common and popular amongst people gambling believing that they have a god on their side.

Many European countries, including Austria and Poland, have an old custom that features them eating fish for Christmas Eve and using the scales as a good luck charm. They carry the scales for the rest of the years and are believed to bring wealth and prosperity for the rest of the year. Of course, many gamblers believed this too and decided to carry them as lucky charms.

Now, these aren’t exactly easy to come by but if you can get your hands on some - then you could gain more luck in your gambling adventures. The origins of this lucky charm come from African culture and voodoo lore. You’ll most likely notice many gamblers wearing these around their necks at casinos as a symbol of luck.

If you visit Turkey, you’ll notice somewhere on your journey some kind of blue-eyed amulet that is believed to protect against the evil eye (a superstitious curse). They come in various forms but retain the core of the dark blue base mixed with the white and light blue to showcase an eye. They are believed to block bad luck and the opponent’s negative energies to inspire good fortune.

The Three-Legged Toad, also known as Jin Chan, is a feng shui charm associated with attracting prosperity and wealth. This lucky charm is exactly as it sounds with a three-legged toad but with a coin in its mouth. It’s expected to guard against bad luck, so naturally, gamblers will want something like this by their side. Chinese culture also believes in wearing red to the casino and not gambling somewhere nearby.

Also known as the chrysoberyl, the cat’s-eye gem is a beautiful gemstone that is known to be lucky in India. It’s believed in India that if you keep one of these in your pocket, then you’ll have everlasting fortune. This is why it’s often the good luck charm of choice for gamblers as it’s expected to guard the carrier’s wealth.

This lucky charm comes from Ancient Egypt and amulets were shaped like scarab beetles to keep the carrier protected from evil and misfortune. They are also known to represent rebirth and transformation, suggesting that gamblers can transform their bad luck into good fortune with this charm.

It may come as a surprise, but Germany has used pigs as one of their lucky symbols for years. According to old traditions, if you have a pig symbol then it’ll bring you luck for the coming 12 months. Therefore, don't be surprised if you see a gambler with a lucky pig by their side - unless they have an actual pig in a casino.