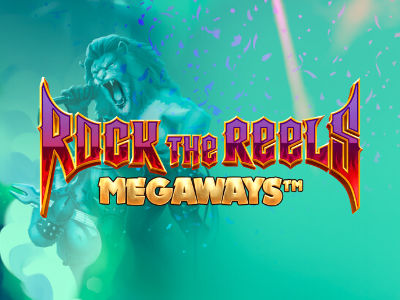 It's time to rock with Freddie and the Pride in Iron Dog Studio' Rock the Reels Megaways. With a mixture of rock n' roll and Megaways, you'll be in for a treat with this animal/music slot hybrid.

This 6-reel slot plays with up to 117,649 ways to win and has an incredible win of 50,000x your stake. Each of the band members have special features that will help you win big!

“ You'll definitely want to rock with this slot! ”

Jump straight into the action and play Rock the Reels Megaways now at the following fully licenced UK slot sites. These slot sites have been thoroughly audited and reviewed by the team here at Slot Gods to ensure they offer an exceptional user experience, are trustworthy, safe, secure, and boast the best selection of online slots in their portfolio including Rock the Reels Megaways... 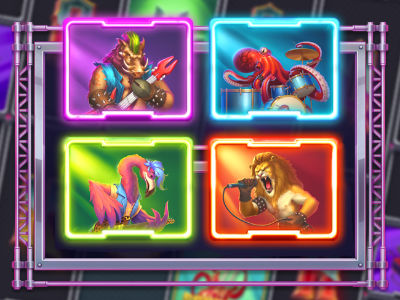 There are four different band members on the top row, and they each have special bonuses that are activated from left to right as soon as you land 2 or more. 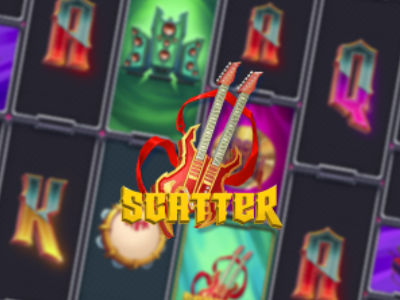 If you manage to land at least 3 scatters, then you'll trigger the free spins round. You can even trigger additional free spins of up to 12 by landing scatters during free spins.

The legendary Freddie and the Pride are touring across the world with Iron Dog Studio in their best tour yet - Rock the Reels Megaways. All of your favourite members are here and everyone is ready to rock.

It plays on 6-reels with up to 117,649 ways to win with the Megaways mechanic. There is even the chance to win up to 50,000x your stake with all of the bonus features from the band members - so crank it up to 11 and Rock the Reels!

Set against the reels of a rock show, you'll find Rock the Reels Megaways. There are various strobe lights adorned with fog effects to create something utterly spectacular. It's bright and fun - even adorned with a groupie to the left of the reels.

As for the reels, they are centred in the middle of the screen with various music symbols and even an amp surrounding the symbols as well. There are four main band members who feature at the top of the reels: Freddie the lion, Treble the flamingo, Dirty Axel the Warthog, and Lastly the octopus. They each have a classic rock design and fit in well with the vibe of the slot.

Thankfully, there's a fitting rock track in the background followed by cheers and the crowd. The bigger the win, the more intense the music and more lights that light up on screen - it really makes wins even more exciting.

Amazingly, the free spins round leads to all the members showing up in the background for an encore and it looks fantastic.

The gameplay is pretty standard in terms of Megaways - but that doesn't necessarily mean that it's bad. With this Megaways slot, you know exactly what you are getting in for and the gameplay is easy to follow. As for menus, you can find them all at the bottom of the screen with the spin button being on the right side.

Rock the Reels Megaways has a decent RTP with 96.70% - which is a great percentage for an online slot. It's a high volatility slot, so you can expect high wins but less frequently. The biggest win is 50,000x your stake and this comes from activating all of the band members for full features.

There's no denying that Rock the Reels Megaways isn't a blast with all the visuals and vibrant gameplay. It's easy to love all of the characters and love this world that Iron Dog Studios have created - we definitely want to see more of Freddie and the Pride.

Thankfully, the payout is a solid amount with the maximum win being up to 50,000x your stake. Rock the Reels Megaways is just thoroughly cool and entertaining to play - it's a slot you don't miss.

Play Rock the Reels Megaways now at the following verified UK slots sites. These slot sites are fully licenced and have been thoroughly vetted and reviewed by us to ensure they offer a great user experience, are trustworthy, secure, and have a wide variety of the best online slots in their lobbies including Rock the Reels Megaways:-