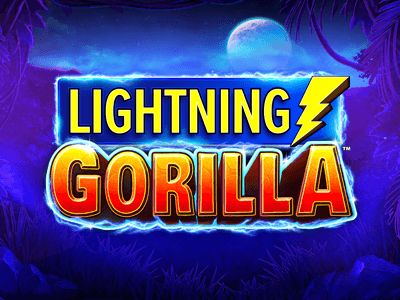 Hidden deep in the jungle, you'll find a mighty gorilla with a mysterious power. This power grants him access to the Lightning Respins to deliver glorious treasure.

Lightning Box stays fully on-brand with Lightning Gorilla with mesmerising gameplay paired with a quirky style. With Lightning Respins, fixed jackpots and colossal symbols, you'll be finding the treasures of the jungle in no time.

Jump straight into the action and play Lightning Gorilla now at the following fully licenced UK slot sites. These slot sites have been thoroughly audited and reviewed by the team here at Slot Gods to ensure they offer an exceptional user experience, are trustworthy, safe, secure, and boast the best selection of online slots in their portfolio including Lightning Gorilla...

During the base game, you can trigger the Lightning Respins by landing 6 or more of the lightning bolts. You'll be given 3 respins but these retrigger for each symbol you land during the respins. However, any symbols landing in non-selected areas will not count.

There are four fixed jackpots that you can win during the respin mechanic, by simply landing the right symbols. Mini, Minor, Major and Grand can all be won once during respins.

In this slot, there are also colossal symbols that can be sized between 2x2 to 3x3. These only appear during the respin and can be split into jackpot symbols. 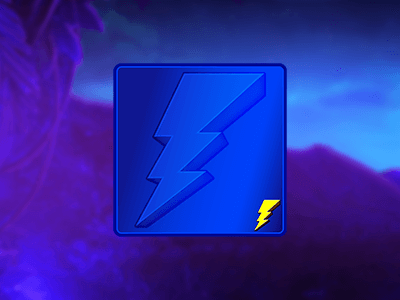 Managing to land 6 or more lightning bolts trigger 3 respins. Each time a symbol lands in the active area, then the resets respin to 3. 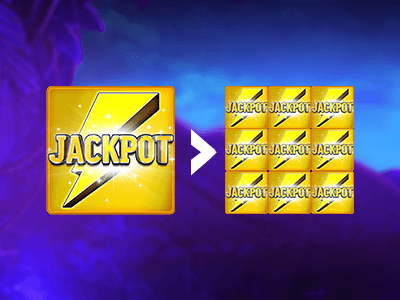 During Lightning Respins, there are colossal symbols that can land. These can be between 2x2 to 3x3 and can split to deliver jackpots.

After the triumph of Lightning Shelong, Lightning Box decided to bring back the popular respin mechanic but transport it to the jungle.

Lightning Gorilla plays on 5-reels with 40 paylines and the amazing Lightning Spins followed by fixed jackpots. If you love straightforward slots with fun mechanics, then stick around for this one.

In the distance, there's a colourful jungle in the distance with fireflies and other little creatures moving about. It's nothing too spectacular but shows the detail put in from the developers.

On the reels, you can expect typical jungle animals such as toucans, leopards, gorillas and slots. The designs of these animals are definitely leaning towards realism but still look great on the reels.

As for music, there's a funky beat with jungle noises that fits in perfectly. It's similar to the music that you'd find in Crash Bandicoot as it has the right mix of adventure and excitement.

During the base game, there isn't anything out of the ordinary as it all kicks in during the respins. However, once you get to respins, there's nothing overly complicated.

Anything you may need can be found at the bottom of the screen with a drop-down menu with additional needs such as payables and instructions.

Sadly, this is where the slot begins to lose us as the win potential is below average. The RTP is respectable at 96.18% and high volatility is expected.

However, the maximum win of 1,250x your stake is ridiculous for an online slot and for a high volatility slot. It's not game-ending but it may leave a sour taste in your mouth.

Simple and fun are the best ways to describe Lightning Gorilla. The core gameplay is perfect for newcomers or seasoned players who prefer games without loads of features.

Unfortunately, the only thing that lets down this slot is the win potential being quite low. Despite this, we recommend giving this slot a go as the Lightning Spins can be extremely rewarding when they show up.

Play Lightning Gorilla now at the following verified UK slots sites. These slot sites are fully licenced and have been thoroughly vetted and reviewed by us to ensure they offer a great user experience, are trustworthy, secure, and have a wide variety of the best online slots in their lobbies including Lightning Gorilla:-

Enjoyed Lightning Gorilla? Here's a handful of similar slots we think you'll like too. These online slots have been chosen based on features and themes similar to Lightning Gorilla. You might also want to check out other Lightning Box slots.