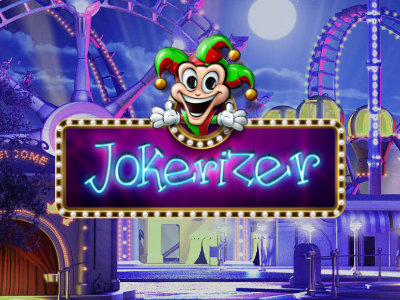 It's time to visit the circus and all the wonders that come with it. The best part about this special circus is the wonderful joker that is granted to keep you entertained.

Yggdrasil's Jokerizer is a fruit machine slot inspired by carnivals and features traditional gameplay that veteran players will absolutely love. Alongside the gameplay, you'll find mystery wins through the joker and Jokerizer Mode giving out even more mystery wins! You'll never know what you get with Jokerizer.

“ A fruit machine classic that'll leave you with a smile ”

As Jokerizer is a fruit machine slot, you can expect simple gameplay with no complicated features. The only real mechanic is the Jokerizer Mode that is activated on any win and you'll find two joker symbols landing to award a mystery wins. If you win more than 1,000 coins or above, then Jokerizer Mode ends. 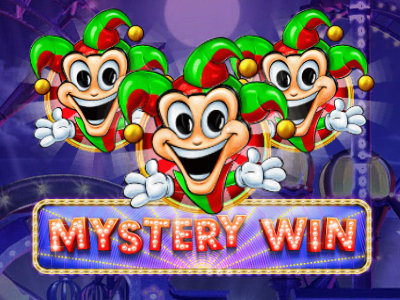 In this slot, there's only one mechanic which is the Jokerizer Mode that can award a mystery win if you choose to accept it after a winning spin.

The creative minds at Yggdrasil are known for the innovative slots that just constantly wow audiences. You can expect everything from Vikings Go To Hell to new mechanics with Lucky Neko Gigablox, but did you know they can also nail down the original classic fruit machine slots?

Jokerizer is a high volatility fruit machine slot that plays on 5-reels with only 10 paylines. As the name suggests, this slot is inspired by jokers at carnivals and features a light theme along with easy gameplay.

In the distance, you'll find a carnival with rollercoasters and various attractions that look exciting. However, the focus on the slot is on the joker and he's the star on the reels.

The joker is bright and seems to be ridiculously happy. Whilst the design is what you'd expect, there is no animation on the design making his lifeless eyes a little disturbing at times. Alongside the joker, you'll find traditional symbols such as bells, cherry and lemons to round off the fruit machine theme.

It wouldn't be a carnival theme without annoying and overly happy music playing. However, it should be said that the piano and trumpet noises mixed with the childlike noises can come off creepy at times. It's unsure if all of these elements were deliberate or a poor mistake.

From the offset, you can tell that the gameplay is going to be nothing too complicated and something anyone can pick up. The only real thing to get your head around is the jokerizer mode but it's easy to understand once you've done it a few times.

As the game starts, you'll find the spin button to the right of the screen followed by the bet level and additional menus. If the music gets too annoying, then this is where you can mute it.

Jokerizer is absolutely wonderful in terms of the RTP as it's an unbelievable 98% that is just incredible. However, the 98% RTP is active when the jokerizer mode is active and it goes down to 88.8% when it's not.

This fruit machine slot has a high volatility level meaning that you'll find larger wins, but you'll have to be patient for them as they aren't as frequent as low volatility wins.

As for the maximum win, the game boasts that you can win 6,000 coins which translate to around 400x your stake in this slot. This isn't a high amount at all, but the game was made in 2016 and times have changed since then.

There's a reason that this game remains popular even today and it's because sometimes simplicity is best. Not everyone wants a crazy slot filled with a huge amount of features and just want to spin with mystery.

Players who want this sort of gameplay will love Jokerizer as it hits all the right boxes that they need. The only major issue might be the low maximum win, but with an RTP of 98% - what can you expect?

Play Jokerizer now at the following verified online slot sites. These slot sites have been thoroughly audited and reviewed by us to ensure they offer an exceptional user experience, are trustworthy, safe, secure, and boast the best variation of online slots in their portfolio including Jokerizer:-

Enjoyed Jokerizer? Here's a handful of similar slots we think you'll like too. These online slots have been chosen based on features and themes similar to Jokerizer. You might also want to check out other Yggdrasil slots.