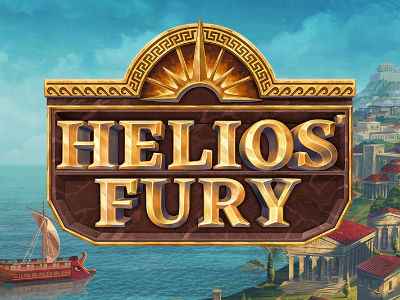 In Ancient Greek myths, Helios is the god of the sun and lit up the sky during the daytime. It's not often that gods get involved with mortals, but one of his statutes is under attack in Rhodes and he's awakened with rage.

Developed by Relax Gaming, Helios' Fury plays on 5-reels with up to 259 ways to wins. This high volatility slot features free spins and wild respins that can lead to titan wins of up to 50,000x your stake.

There are two main features in Helios' Fury that include the Wild Re-Spin and Fury Free Spins. Starting with the Wild Re-Spin, which basically activates as soon as a wild symbol is included in a win. This continues as long as there's a win involving a wild symbol and the wild moves to the right with each win.

Alongside the respin feature, there is Fury Free Spins which are awarded when a win is made involving a wild on reel 5. During this mode, 6 spins are awarded and the reels are expanded by 2 rows. Each land will give an additional spin and wilds are held on the reels for the entire feature. There are certain hot spots on the screen that are triggered when wilds land in that space. They move to the left until the row contains only wilds. 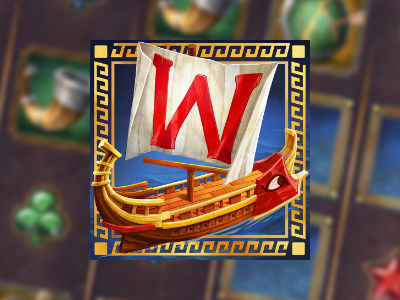 Each time you land a win with a wild in, this feature activates. The wild moves along the reels to the right until there are no more wins ultimately ending the feature. 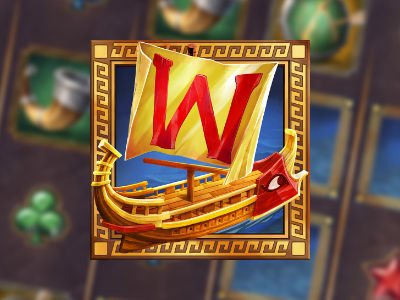 Landing a win with a wild on reel 5 will trigger this feature with 6 spins and 2 additional rows. Wilds are held throughout the feature and give out additional spins.

The wrath of the gods is a constant theme throughout the Greek myths with Helios' Fury being no exception. Developed by Relax Gaming, Helios' Fury is a mythical slot that follows the god of the sun become enraged as Rhodes is attacked. For once, the gods are not angry with you but instead the invaders who are trying to take over Rhodes.

Team up with Helios to banish the strangers and reclaim Rhodes. Playing on 5-reels with up to 259 ways to win, Helios' Fury features free spins, respins and a grandiose maximum win of 50,000x your stake.

There's an amazing opening cinematic that shows Rhodes being attacked and the statute of Helios coming alive to help the citizens defend the city. As the slot opens up, you'll notice that the sky is blue with the statue of Helios to the right of the screen. At the bottom of the screen, you'll notice a few ships coming in to attack.

Once you hit free spins, the screen turns to night and Helios becomes furious. The ships at the bottom of the screen also come closer signalling an attack is coming. It's a nice little attention to detail that is always appreciated.

In terms of sounds, there is epic music with percussion and stringed instruments creating something relevant for the ancient Greek time period but falls in line with the tone of the slot. This gets a little more intense during free spins but not too overwhelming.

The gameplay of this slot is pretty standard with 5-reels with 99 ways to win throughout the base game, but this expands to 259 during free spins. All of the features are straightforward making it easy for players to get started.

In true Relax Gaming fashion, all the relevant buttons are at the bottom of the screen. The spin button is in the middle followed by the autospin and bet level button. Further to the left, you'll notice the sound settings and additional menus such as the paytable.

When playing Helios' Fury, you can expect high volatility gameplay with a solid RTP of 96.27%. In regard to the maximum win, you can see wins of up to 50,000x your stake during the free spins rounds with expanded reels.

However, it took us almost 300 spins to trigger the free spins bonus, so that's something to be aware of. There are no multipliers either, so the big wins only really come from the free spins round.

This is definitely a cool looking slot with an interesting premise that delivers. Helios' Fury not only looks remarkable with the colours, animations and design but sounds epic as well. The gameplay isn't anything special, but it's entertaining enough to provide enjoyment to slot players.

The maximum win of 50,000x your stake is incredible and will definitely delight players that manage to achieve this monumental amount. It's definitely a high volatility slot, so if you like less frequent but higher wins, then you are in the right place - check out Helios' Fury.

Play Helios' Fury now at the following verified online slot sites. These slot sites have been thoroughly audited and reviewed by us to ensure they offer an exceptional user experience, are trustworthy, safe, secure, and boast the best variation of online slots in their portfolio including Helios' Fury:-

Enjoyed Helios' Fury? Here's a handful of similar slots we think you'll like too. These online slots have been chosen based on features and themes similar to Helios' Fury. You might also want to check out other Relax Gaming slots.