Grand Spinn is a wonderful art-deco 3-reel, 1 payline slot developed by the boffins at NetEnt! This game might seem simple at first but don't let that fool you. This luxury-themed slot boasts massive payouts by way of multiplier wilds, nudges and three fixed jackpots, one of which could land you 10,000x your initial stake!

“ Don't judge a book by its cover, this 3-reel slot is INCREDIBLY fun! ”

Jump straight into the action and play Grand Spinn now at the following fully licenced UK slot sites. These slot sites have been thoroughly audited and reviewed by the team here at Slot Gods to ensure they offer an exceptional user experience, are trustworthy, safe, secure, and boast the best selection of online slots in their portfolio including Grand Spinn...

For such a simple slot you might be quite surprised to find that Grand Spinn has some excellent bonus features and mechanics. First and foremost this 3-reel slot features multiplier wild symbols. These multiplier wilds can appear on the reels at any time and substitute for all symbols.

Once players have landed a winning spin the nudge feature will activate. If the top symbol on the first reel is the same as the winning symbol then the first reel moves one symbol down and a win is awarded to the player.

The reel will continue to nudge until the symbol above the winning one is different. This continues and repeated for second and third reels.

When all reels are done nudging there may be three jackpot symbols present at the top of the reels reading Mini Jackpot, Midi Jackpot or Mega Jackpot. If this is the case then the players will automatically win the jackpot! Alternatively, players could also trigger it by landing the jackpot symbols on the winning payline. The jackpots pay out as follows: 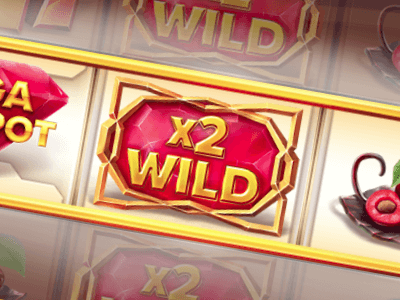 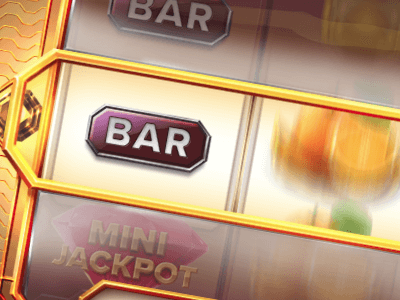 After every single winning combination, the game reels are nudged up or down. If the top symbol on the reel is the same as the winning symbol then the first reel moves one symbol down and a win is awarded to the player. 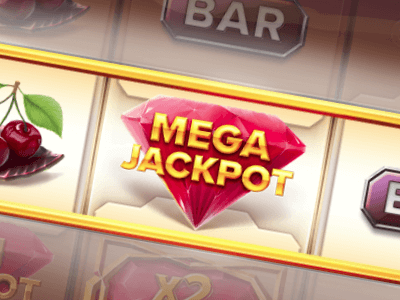 Grand Spinn is a decadent 3-reel, 1 payline luxury-themed slot developed by NetEnt. Don't let the sheer simplicity of this slot put you off, this game actually boasts a number of bonus features and mechanics that make it so much more than it sounds.

Players can benefit from multiplier wilds, a nudge feature and three very generous local jackpots when spinning the reels. So if you're after a genuinely enjoyable low-key slot experience then we'd recommend this easy-to-play slot.

This art-deco game is designed to look like an expensive, old-fashioned three-reel slot machine that you might have come across in Atlantic City, Las Vegas or Monaco back in the day. The majority of the game screen is taken up by the three gold-trim reels (with an additional plate of gold behind them). The symbols are all those you'd expect to see on a classic slot machine, ranging from lowest paying to highest paying we have the bar symbol, cherries, a plum, an orange, watermelon and three sevens. There also multiplier wild symbols that can be 2x wilds, 4x wilds and 8x wilds.

If you like slots with a smooth soundtrack then this game could well be for you, a cool jazz ensemble comes together to play you a foot-tapping tune, there's also some ambient background noise that makes players feel as if they're actually sat on the casino floor surrounded by wealthy gambling enthusiasts.

Grand Spinn is incredibly simple, the game is played on just one fixed payline so there's no confusion as to whether a winning spin has been registered or not. Payline wins are paid from left to right, and after each winning combination, the reels are nudged to create additional wins if they're there.

This 2019 slot might be fairly new, however, it plays like an older NetEnt slot, with players able to change their bet level and coin value on the action bar at the bottom of the game screen. The bet level doesn't actually change the number of paylines players are playing on, but it does allow them to finetune their stake to an amount they're comfortable with.

This high volatility slot has a pretty average RTP of 96.19% and a maximum win potential of 7,040x stake (assuming players are lucky enough to trigger 3 multiplier wilds with an 8x multiplier AND receive the maximum number of nudges). Of course, the opportunity to win one of three Grand Spinn fixed jackpots is pretty enticing too, with the Mega Jackpot sitting at 10,000x the players' stake.

We'll be honest with you, going into this slot we genuinely didn't think we'd like it that much because of the sheer simplicity of it. 3-reels and 1 payline just seemed a bit redundant.

That being said, our expectations were smashed once we started spinning the reels. The nudge feature alone had us excited after each and every spin, then when we came across the multiplier wilds the excitement went up a notch, and AGAIN when we saw the lucrative jackpot symbols.

What have we learned Don't judge a book by its cover! Please give this fantastic art deco slot a spin.

Play Grand Spinn now at the following verified UK slots sites. These slot sites are fully licenced and have been thoroughly vetted and reviewed by us to ensure they offer a great user experience, are trustworthy, secure, and have a wide variety of the best online slots in their lobbies including Grand Spinn:-

Enjoyed Grand Spinn? Here's a handful of similar slots we think you'll like too. These online slots have been chosen based on features and themes similar to Grand Spinn. You might also want to check out other NetEnt slots.