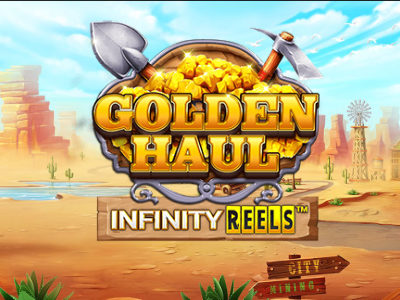 Golden Haul Infinity Reels is a Wild West-themed slot developed by Relax Gaming and Bad Dingo. This wonderfully designed slot can see players land an infinite number of reels whenever a winning combination is formed. With additional symbol multipliers, infinity wilds and free spins this slot is a welcome addition to the Infinity Reels family.

“ Golden Haul is a lot of fun, but a missed opportunity ”

Every spin begins with just 3 reels, however, when a winning combination is formed an additional reel is added to the game. There's absolutely no limit as to how many reels can be added.

Whenever players register a winning combination an additional reel comes into play, at the same time a win multiplier climbs up by one (always starting at 1x). When players are into the free spins bonus then the multiplier does not reset on the event of a dead spin.

Once players have triggered 3 or more reels the Infinity Wild can kick in. This sees the wild move from left to right across newly added reels, leaving wild symbols in its wake.

Players can trigger free spins whenever they land five or more scatter symbols, these symbols do not need to be adjacent and can be on one single reel. Players will receive 15 free spins in which Infinity Wilds can land. Symbol multipliers do not reset during this feature. 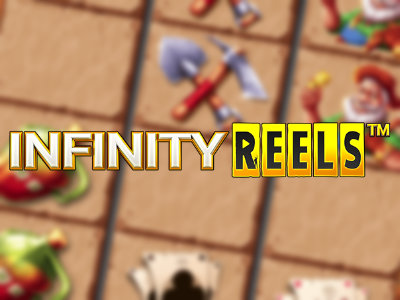 After every winning combination, a new reel comes into play, significantly increasing the amount players can win. There's no limit as to how many reels can land. 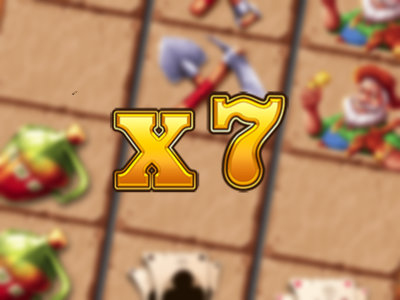 After each winning combination where a new reel is added a multiplier climbs up by 1x. This resets upon a dead spin, unless you're in the free spins feature. 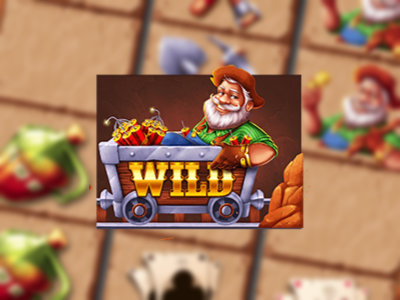 Once players have more than 3 reels in play an Infinity Streak can trigger, this sees an Infinity Wild shift across the reels, leaving wild symbols behind. 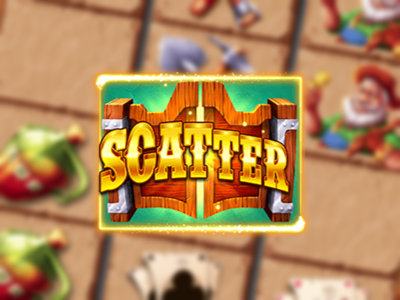 Upon landing 5 scatter symbols anywhere on the reels then players will automatically receive 15 free spins with an increasing multiplier that doesn't reset.

It sounds strange to say it, but this atmospheric Wild West-themed slot is genuinely quite relaxing (if you ignore the wild Infinity Reels game mechanic for a brief moment). Behind the reels are vast open plains filled with rock formations, cactus, minecarts and a quiet old western town.

On the reels themselves, there are elven symbols that can appear, these are as follows (in order of value): a diamond playing card, a spade playing card, a club playing card, a heart playing card,a moonshine bottle, a lantern, a pickaxe and shovel, dynamite, a bag of gold nuggets, a prospector and a saloon scatter symbol.

In terms of sound, it's all very pleasant! An acoustic guitar gently plays as ambient noises such as birdsong and a donkey "hee-haws" in the distance.

When the free spins feature kicks in everything is turned up a notch, a banjo plays and the Wild West landscape turns to night, much like in Money Train 2 and Money Cart 2.

As the name of this game suggests, this is an infinity reels slot! That means that players always start out with 3 reels, and whenever a winning combination is formed another reel is added to the game. This continues infinitely and can see players end up with tens, even hundreds of reels... Leading to some seriously impressive outcomes.

In terms of finding your way around the slot itself, Golden Haul Infinity Reels couldn't be simpler... There are two buttons to the right of the reels, these are a spin button and a menu button. Clicking the menu button brings up an additional screen that displays the game rules, paytable, stake selection, autoplay and game settings.

We won't lie, we're a little bit let down by the win potential of this medium volatility slot. Golden Haul Infinity Reels has an RTP of 95.10% and a maximum win of 1,542x the player's stake.

Golden Haul Infinity Reels has a lot of potential, it looks good, sounds good and has some exciting bonus features and mechanics... However, it's seriously let down by the win potential and RTP. It could have been a headline Infinity Reels slot had these figures been better, but in reality, we'll always be saying 'what if?' with this one.