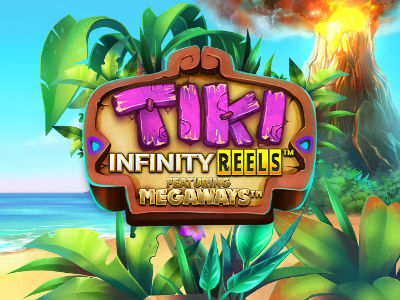 Ready for wild, limitless gameplay? Strap yourself in for Tiki Infinity Reels Megaways, a lot that offers players unlimited reels thanks to the Infinity Reels mechanic and unlimited ways to win thanks to the Megaways mechanic. This cheerful tiki-themed slot from ReelPlay and Yggdrasil is quite like nothing we've ever seen before. If you want to enjoy unlimited action with free spins and multipliers on every single spin that can see you win up to 10,000x your stake then Tiki Infinity Reels Megaways is without a doubt the game for you.

“ This game is chaos personified, but you know what? We love it! ”

Jump straight into the action and play Tiki Infinity Reels Megaways now at the following fully licenced UK slot sites. These slot sites have been thoroughly audited and reviewed by the team here at Slot Gods to ensure they offer an exceptional user experience, are trustworthy, safe, secure, and boast the best selection of online slots in their portfolio including Tiki Infinity Reels Megaways...

Naturally, this online slot is all about the Infinity Reels and Megaways mechanics, but don't be fooled! There's actually way more to this quirky slot than meets the eye as players can benefit from symbol multipliers and free spins!

There's no upper limit as to how many game reels can be added, as the name suggests... The possibilities are endless!

There's no upper limit to how high the symbol multiplier can go.

If players manage to reach 12 or more reels in one single game round then players will receive the Infinity Bonus, this sees players receive 888x their stake.

Any volcano symbol that lands on the reels can potentially trigger 10 free spins. During the free spins bonus the symbol multiplier does not reset. An extra free spin is awarded for every two additional reels that are added in a single spin, if players land another volcano symbol during the bonus players receive an extra 4 free spins. 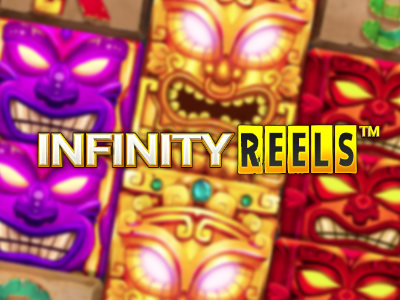 Every time players register a winning spin an additional reel comes into play, this will continue infinitely. 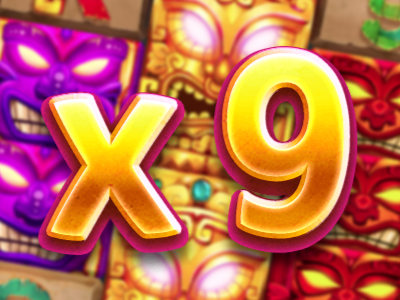 Players start with a 1x multiplier which increases by 1x every time players add a new reel to the game. This multiplier does not reset during free spins. 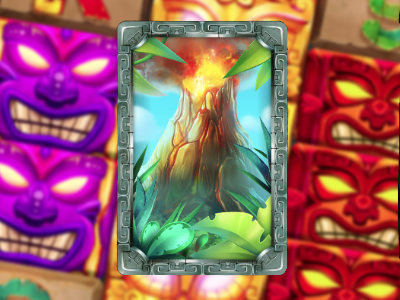 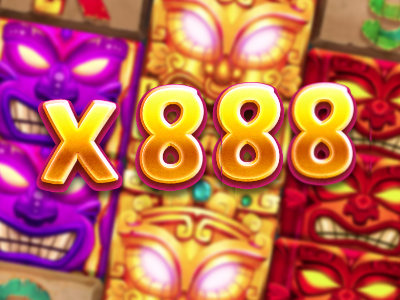 If players manage to register 12 consecutive winning spins players will receive the infinity bonus which is 888x their stake.

Prepare for a truly wild ride with Tiki Infinity Reels Megaways! This unique slot developed by Yggdrasil and ReelPlay offers players an INFINITE number of reels and an INFINITE number of ways to win... So expect the unexpected, there's no knowing how far this game can and will go. If infinite possibilities weren't quite enough for you then the opportunity to trigger free spins and the fact that each additional reel in play comes bundled with an increasing multiplier, meaning players can win up to 10,000x their stake.

At first glance, Tiki Infinity Reels Megaways doesn't look at all intimidating... The reels are set on the golden sands of a gorgeous tropical beach filled with palm trees, Hawaiian Hibiscus flowers and a pristine blue ocean, but don't be fooled... This game is truly wild when the reels start spinning.

Naturally, this tiki-themed slot comes with an exciting, upbeat tiki-themed soundtrack that fit the aesthetic of the slot down to a tee.

We'll start with the obvious. Tiki Infinity Reels is a 3-reel slot with 4 symbols on each one. Whenever players manage to trigger a winning combination an additional reel comes into play... This can quite literally go on forever, as the name of the game suggests!

In terms of the Megaways mechanic, this is where we found things to be a little more confusing... The Megaways mechanic kicks in on every spin as each symbol can land in different sizes, however, you're not really going to see a large number of Megaways come into play until you've started to unlock 6 or 7 reels, as the ways to win aren't exactly monumental when you have just 3.

That all being said, as far as we're aware this is the very first game to combine both Infinity Reels and Megaways, and in doing so players can actually unlock an INFINITE amount of ways to win across an INFINITE number of reels... This is quite simply unheard of, and for that reason, this is one of the most interesting games we've ever had the pleasure of playing.

In terms of simply navigating Tiki Infinity Reels Megaways, it's incredibly simple! There's a large spin button to the right of the reels and a hamburger menu below that which opens up to reveal the game information, paytable, stake selection and autospin options.

This unique high volatility slot has an RTP of 96.07% and offers players the opportunity to win a maximum of 10,000x their stake, which is alright, nothing groundbreaking, but it's a high enough number that we were still keen to give this slot our time.

Tiki Infinity Reels Megaways is a LOT to take in, never in our wildest dreams did we think these two chaotic mechanics would cross paths in such a way... But you know what, we love it! This game is genuinely brilliant, the only thing that lets it down in our opinion is the overall win potential. getting your hands on 10,000x your stake isn't bad, but we think it could have been higher for a game that offers limitless potential.