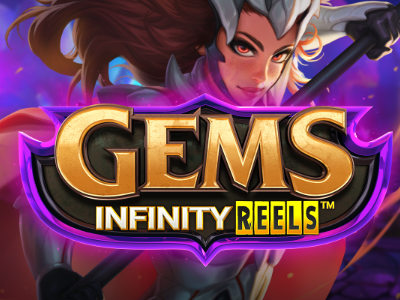 There is an unspeakable evil lurking in the universe and it's up to a group of four princesses to save the cosmos. ReelPlay developed this mythical slot with up to 4 different sets of reels with the wonderful Infinity Reels mechanic leading to unlimited reels.

Gem Infinity Reels features increasing multipliers, free spins along with all the bonuses of Infinity Reels. You'll never get bored with the number of exciting features going on in this slot!

There are four princesses and they substitute all symbols except the unity symbol. If a wild princess substitutes a symbol, then it'll double the payout for that symbol combination. Naturally, this increases by 1 anytime a wild princess appears wholly in the reel display and covers all the 3 rows.

The unity symbol acts as a scatter in this slot and triggers the free spins round anytime you land 3 of them. 5 free spins are given and the unity symbols are collected throughout the round to award prizes. These prizes include:

After all the four reels have been unlocked, any unity symbol triggers 3 extra spins.

All the spins begin on 4 reels per set and landing matching symbols on all 4 reels will trigger the Infinity Reels which expands the reel to an additional reel. Each win expands the reels and this continues until there are no more wins.

Matching symbols and landing wins will not just add another reel, but also an increasing multiplier. Landing stacked princesses will increase the multiplier up to x3.

If you manage to land full stacks of all the Princess wilds on the same spin, then you'll pocket a bonus prize of 888x your stake. 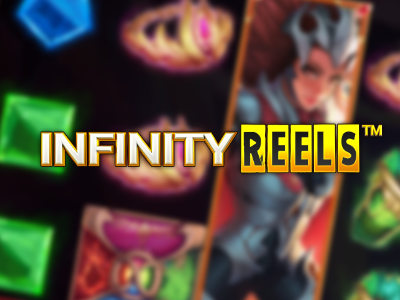 ReelPlay's infamous Infinity Reels mechanic basically expands the reels for every win landed on all the reels. This leads to additional reels with no limit and multipliers! 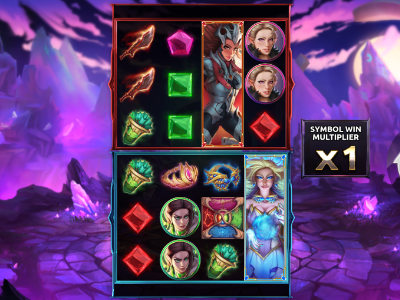 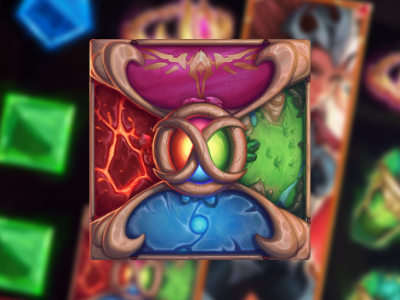 Managing to match 3 unity symbols in a win will trigger the free spins round. You'll be given 5 free spins with the potential to increase spins and the number of reels.

Hidden amongst the vast cosmos, you'll find four different Princesses with magic gems that they must use to fight against evil. There's unspeakable evil hidden in the galaxy and it's up to you to join the princesses to restore peace.

Developed by ReelPlay, this mythical and space hybrid slot starts with two different sets of reels that begin with four rows with the potential to expand due to the Infinity Reels mechanic.

Ultimately, you could end up with four different sets of reels (highlighting the four princesses) along with free spins and increasing multipliers in this fantasy slot. If you want to join a group of magical princesses to save the galaxy, then you are in the right place.

Set on a mysterious planet full of various gems and crystals, the slot starts with Sapphire and Ruby's sets of reels in the middle of the screen. In the background, you'll notice a purple colour scheme all around the mountains with the clouds even having a purple tint. You definitely feel like you've been transported to a different planet with the visuals in this slot.

The designs of the symbols on the reels are detailed and definitely add to the slot. They each have distinctive designs that make them stand out and different warrior classes which shows the developers going the extra mile to create a full-on fantasy world. The princesses are almost like comic book heroes with them all having their own design and style.

It's no surprise that the slot features an orchestral soundtrack that sounds epic and fits in with the theme that they are going for. Thankfully, the soundtrack doesn't get too overwhelming and finds the right balance for the slot.

Amazingly, there are two different sets of reels as you begin the slot with the potential to expand during the free spins. On top of this, the slot features Infinity Reels which add additional reels after wins leading to endless possibilities with the number of reels you could gain.

According to the developers, the maximum win for this slot is 2267.44x your stake which can be won through the multipliers due to Infinity Reels. As for the RTP, you can expect a decent amount of 96.26% along with a medium volatility level.

Naturally, any slot with the Infinity Reels has the potential to be brilliant and this one comes pretty close. The use of multi-reels is impressive and plays quite well at times. Even the addition of Infinity Reels adds even more to the vibrant and exciting gameplay.

Perhaps, the only real issue is the low maximum win of 2267.44x your stake which is quite low for an online slot - even for one with a maximum bet of 100.00. If you love powerful warriors, fantasy slots and innovative mechanics, then definitely give Gems Infinity Reels a spin - just be aware of the low maximum win.

Enjoyed Gems Infinity Reels? Here's a handful of similar slots we think you'll like too. These online slots have been chosen based on features and themes similar to Gems Infinity Reels. You might also want to check out other ReelPlay slots.