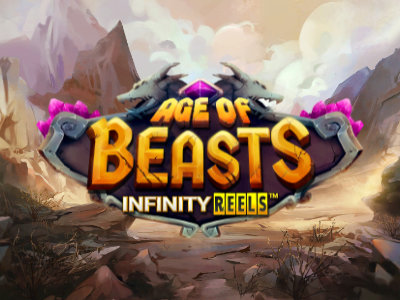 Fans of the fantasy genre will be thrilled with ReelPlay's Age of Beasts Infinity Reels that combines mythical animals with the innovative Infinity Reels mechanic. This slot plays on 3-reels initially but expands with every wins leading to unlimited possibilities.

Each time you land a win, you'll increase the multiplier by x1 leading to impressive amounts. There are also 5 chest scatters leading to free spins and a bonus wheel leading to glorious prizes such as extra spins, multipliers and cash prizes. Be sure to check out Age of the Beasts Infinity Reels for a game full of thrills.

“ Another splendid Infinity Reels slot adding to the growing collection ”

Each time you land a land, you'll increase the reels through the Infinity Reels mechanic. This adds a new reel on the right-hand side with each win and increases the win multiplier by x1. If you manage to land 13 extra reels, then you'll gain the Infinity Reels Bonus worth 888x stake.

Once you land 5 chest scatters, you'll gain 8 free spins and start off with a win multiplier of x1 that grows within the feature. When you trigger this feature, you'll find a 5-tiered wheel that awards cash prizes, extra spins and multiplier boosts. Ultimately, there are four fixed jackpots that can be won once you've reached the 5th wheel. 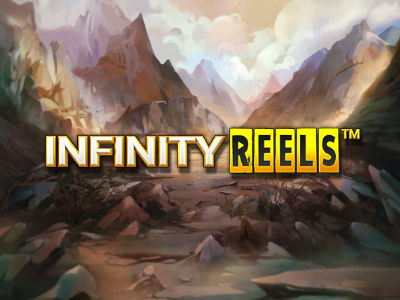 Every time you land a win, you'll expand the reels by 1 and gain a multiplier. If you gain 13 extra reels, you'll trigger the Infinity Reels Bonus of 888x stake. 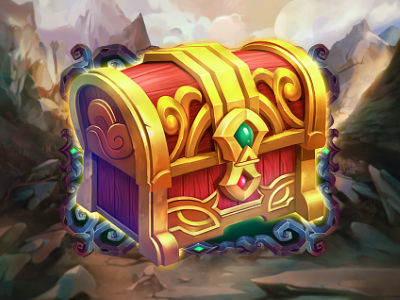 Landing 5 chest scatters, you'll gain 8 free spins and a spin on the wheel. When you spin this wheel, you can gain additional cash prizes, extra spins and a multiplier boost.

Back in 2019, Infinity Reels was born from the brains at ReelPlay. Since that moment, the mechanic has been continuing to grow in popularity with a whole host of titles.

Age of Beasts Infinity Reels sees the mechanic in a mythical setting with the focus being on ancient beasts. Like most Infinity Reels slots, this one plays initially on 3-reels, but they expand with each leading to unlimited possibilities.

In the distance of the slot, you'll see an ancient kingdom with the reels being at the top of the mountains. Immediately, the scene is set and you know to expect mythical beasts on the reels.

On the reels, there are four beasts which include a Gryphon, a Purple Demon, a Dragon and a Hunter along with magical items such as potions. The designs look like they are straight from a fantasy board game as there's a huge amount of detail that's appreciated.

As for music, it's what you'd expect with an orchestra score that builds up the atmosphere and creates an ominous tone throughout base game spins and the free spins round.

If you've played Zodiac Infinity Reels or any of the other Infinity Reels slots, then you'll be familiar with the gameplay. Each win that you win adds an additional reel that also adds a multiplier. This only ends once you've run out of wins.

Like most ReelPlay slots, you'll find the spin button to the right of the reels with the bet level just underneath. Anything else you may need can be found on the left side of the screen.

Sadly, the win potential is a little disappointing with a mediocre RTP of 95.57% that is under the average standard of 96% that is generally accepted. This slot also contains high volatility gameplay that leads to larger wins, but you'll have to be more patient as they are less frequent compared to low volatility slots.

Within this slot, you can win up to 3,953x your stake - which is a decent amount but it's lower than other high volatility online slots. You can win larger amounts through the free spins with the Bonus Wheel.

Age of Beasts Infinity Reels is a solid addition to the growing Infinity Reels collection, but it doesn't deliver anything unique or special. The design is successful in delivering a fantasy world, but the gameplay feels quite generic for an Infinity Reels slot.

Of course, whilst this mechanic is still thrilling, there's definitely a need for something extra. The Bonus Wheel is a great addition, we'd hoped there would be something extra perhaps driving up the maximum win.

Whilst there are some issues with this slot, Age of Beasts Infinity Reels is still a fantastic game that has some gripping moments and is worth a spin or two.