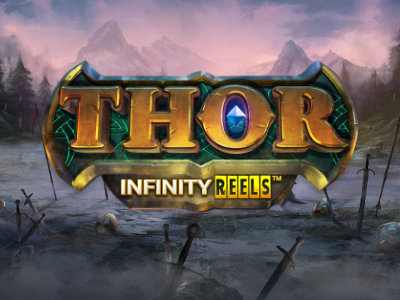 As the defender of Asgard and protector of humanity, Thor has his work cut out for him. However, in Thor Infinity Reels, you get the chance to help him which in turn helps you win mighty amounts.

Developed by ReelPlay, this slot features the Infinity Reels mechanic which gives you unlimited reels through wins. Alongside that, you have the bonus respin feature with fixed jackpots leading to grand amounts. Join in the adventure with Thor Infinity Reels.

Jump straight into the action and play Thor Infinity Reels now at the following fully licenced UK slot sites. These slot sites have been thoroughly audited and reviewed by the team here at Slot Gods to ensure they offer an exceptional user experience, are trustworthy, safe, secure, and boast the best selection of online slots in their portfolio including Thor Infinity Reels...

First and foremost, this slot features the Infinity Reels mechanic which expands the reels each time after you win. If you manage to add 12 or more reels, then you'll win an instant prize of 888x stake. There's even a symbol multiplier that can be added when you gain another reel with no upper limit imposed.

On top of Infinity Reels, you have a bonus respin feature triggered when you land 6 or more hammer symbols. 3 respins will be awarded but reset when you land an additional reel. There are four special hammers that can land leading to four fixed jackpots of 10x, 50x, 250x and 2,000x your stake. 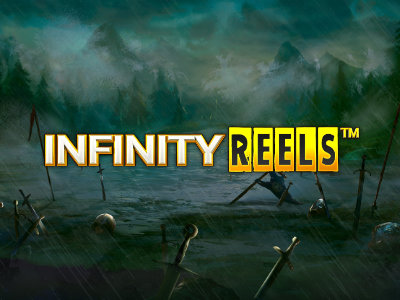 The biggest draw to this slot has to be the Infinity Reels mechanic which expands the reels after every win. These expanding reels come with multipliers that climb with each new reel! 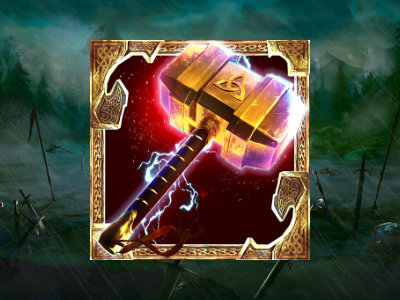 This respin begins when you land 6 or more hammer symbols and gives you 3 respins. These can be retriggered by landing hammer symbols on the reels and can lead to one of four fixed jackpots.

Almost everyone knows of the Norse god Thor as he is the mighty god of thunder. Therefore, it makes sense as to why ReelPlay decided to focus on this Norse god for their latest Infinity Reels slot.

Thor Infinity Reels is a mythical slot that plays on 3-reels initially but expands reels with every win leading to unlimited possibilities. On top of that, you have the wonderful respin feature that is epic!

Set in an epic battleground, Thor Infinity Reels begins with multiple fatalities surrounded by discarded weapons - so you know you are in for an epic slot.

All of the symbols are related to Norse mythology with a grand Thor, Thor's hammer, rönd shield and a Gjallarhorn giving you a truly authentic feeling for the theme.

The music is like something straight out of a Hollywood epic with an orchestra playing to give you a heroic tone.

As you open up the slot, you'll find 3-reels active but these expand with every win. It's pretty straightforward once you get playing. On top of the Infinity Reels, there's an incredible Respin mechanic that is thrilling to play.

The spin button is easy to find as it's to the right of the reels with an additional menu at the bottom of the screen which leads to the bet level and other menus you may not.

With a strong RTP of 96.20%, this slot is over the average standard of 96% which is generally considered acceptable. It also contains high volatility leading to bigger wins but only if you have the bankroll to sustain your gameplay as it's less frequent.

The biggest win of this slot is 6,055x your stake which can be achieved through the expanding reels and multipliers. However, it'll be capped at 6,055x your stake, so anything over this limit will not count.

ReelPlay never fails to delight with their Infinity Reels mechanic which is just an absolute knockout. The fact that you have unlimited possibilities with the reels is outstanding and definitely makes for some entertaining gameplay.

This paired with the respin mechanic makes it a slot that you do not want to miss. Thankfully, the design and win potential match up to make it a fantastic slot to play. It's a no brainer, make sure you give Thor Infinity Reels a spin to at least see the Infinity Reels mechanic in action.

Play Thor Infinity Reels now at the following verified UK slots sites. These slot sites are fully licenced and have been thoroughly vetted and reviewed by us to ensure they offer a great user experience, are trustworthy, secure, and have a wide variety of the best online slots in their lobbies including Thor Infinity Reels:-

Enjoyed Thor Infinity Reels? Here's a handful of similar slots we think you'll like too. These online slots have been chosen based on features and themes similar to Thor Infinity Reels. You might also want to check out other ReelPlay slots.