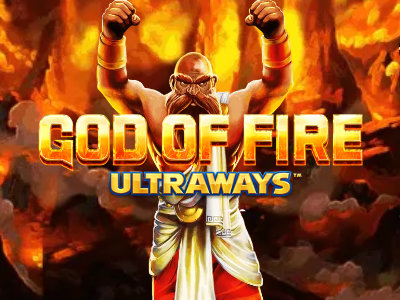 Microgaming and Northern Lights Gaming have collaborated for a mythical slot all about the God of Fire. Playing on 5-reels with the UltraWays mechanic can lead up to 60 million ways to win!

Throughout this slot, you can expect free spins, super free spins and a multitude of bonuses leading to wins of up to 18,000x your stake. See if you can face the God of Fire and end up victorious.

“ A divine slot with scorching features that are incredible ”

The first feature that jumps out in God of Fire has to be the UltraWays mechanic which starts at 243 ways to win and can expand up to 60 million ways to win during spins.

There are standard wilds in this slot, but there is also a blue wild which is explodes. The blue wild will explode to reveal a single, double or quad wild for even bigger payouts.

On top of that, you have the Free Spins feature which is triggered by landing 3, 4 or 5 gold wreath bonus symbols to trigger Free Spins with 3, 4 or 5 lives respectively. Each time you see a heart symbol appeal of the fifth reel, you can add to your number of lives. However, if you see a skull, then you'll lose a life. Naturally, the feature ends once there are no more lives left.

During Free Spins, you can trigger one of three different modifiers which can randomly strike, these include:

Each time you and 2 bonus symbols, you'll receive a token which is added to the meter on the left. Once you land 60, then you'll trigger the Super Free Spins. Similar to Free Spins, you'll start with 3 to 5 lives but these will be determined at random. The main difference in this mode is that the modifiers appear on every spin with a higher multiplier of up to x20. This feature ends when there are no more lives left. 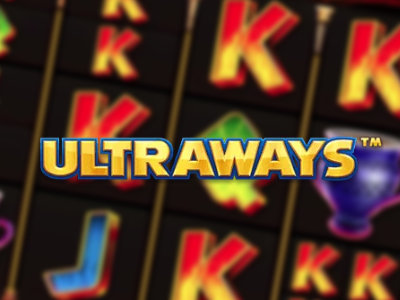 The base game starts at 243 ways to win but can increase to 60 million through the UltraWays mechanic that can lead to even bigger wins. 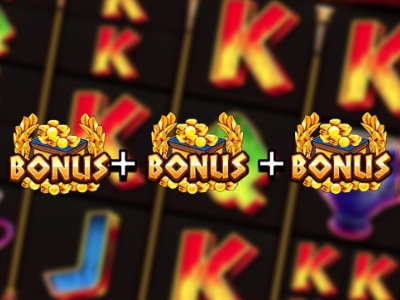 This is triggered by 3 or more gold bonus wreaths with up to 5 lives that are lost each time you land a skull and gained with hearts. 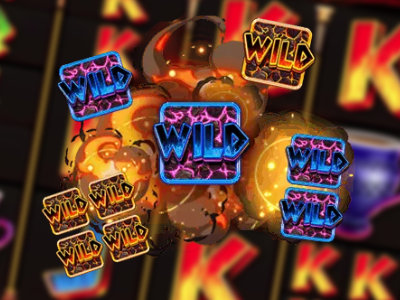 Landing 2 bonus symbols will build up the meter on the left with 60 leading to Super Free Spins that have modifiers active on each spin.

Inspired by fables and myths throughout history, God of Fire is a collaboration between Microgaming and Northern Lights to create a mythical slot all about a powerful god of fire. The slot plays on 5-reels with up to 60 million ways to win due to the UltraWays mechanic.

On top of the UltraWays, this slot features two different free spins options with added multipliers and exploding wilds! So take on the God of Fire and see if you can end up victorious.

It may not seem like much on the surface, but God of Fire roars with character as soon as you open up the slot. There are various flames throughout the screen with the infamous God of Fire to the left of the reels. He looks like a Greek god with the clothing but his face gives off a Viking feel which adds to the confusion. He doesn't do much on the reels and just grumbles until you hit the Super Free Spins which gets him excited.

There are some animated bits throughout this slot, but generally, the visuals do look a little dated. However, the symbols on the reels are clean and definitely fit in with the mythical theme at least.

Throughout spins, there is a drumroll to build up excitement with a cymbal crash to highlight wins. That's about it for the sound which is actually refreshing and doesn't add an obnoxious score throughout it.

As previously mentioned, this slot plays on 5-reels with the UltraWays mechanic. This is similar to Megaways and isn't too difficult to comprehend as it just increases the ways to win. Most of the gameplay for this slot is straightforward to follow but we found that we struggle to trigger the Free Spins and Super Free Spins which is something to be aware of.

God of Fire has high volatility gameplay which means high wins are less frequent. During our gameplay, we found that it took over 400 spins (yes 400 spins!) to trigger the Free Spins and even the Super Free Spins, but they were satisfying once it finally did.

Thankfully, the slot has a decent RTP of 96.06% and a solid maximum win of 18,000x your stake which can be achieved through the maximum UltraWays and through the Super Free Spins with modifiers. As previously mentioned, we struggled to trigger these modes so be aware of that.

As one of the first games with the UltraWays mechanic, God of Fire has a lot to live up to and sadly it doesn't quite match. The visuals look decent another along with entertaining gameplay, but it has extremely volatile gameplay.

It's difficult to trigger the features, but it is worth it when you do. The use of the hearts during the free spins is exciting to play with and the modifiers have some fantastic perks. This is definitely a slot game for high volatility players who love the thrills of less frequent but high wins. If you love high volatility slots, then this is definitely one to check out!

Play God of Fire now at the following verified online slot sites. These slot sites have been thoroughly audited and reviewed by us to ensure they offer an exceptional user experience, are trustworthy, safe, secure, and boast the best variation of online slots in their portfolio including God of Fire:-

Enjoyed God of Fire? Here's a handful of similar slots we think you'll like too. These online slots have been chosen based on features and themes similar to God of Fire. You might also want to check out other Microgaming slots.