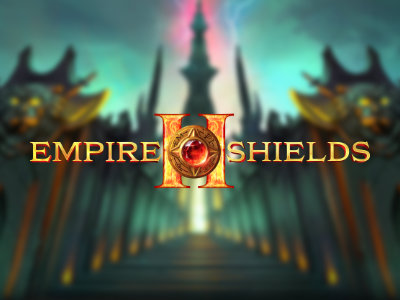 Enter a mythical kingdom and fight alongside a variety of warriors in order to protect all the civilisations inside. Developed by GONG Gaming Technologies and promoted by Microgaming, Empire Shields is a mythical slot that plays on 5-reels with 243 ways to win.

During your epic battle, you'll find a whole host of powerful warriors along with toppers on top of the reels providing additional assistance. If that wasn't enough, then you can gain free spins that can help you in your quest. Join in the excitement in Empire Shields.

“ The Topper feature is the stand-out star in this slot ”

Jump straight into the action and play Empire Shields now at the following fully licenced UK slot sites. These slot sites have been thoroughly audited and reviewed by the team here at Slot Gods to ensure they offer an exceptional user experience, are trustworthy, safe, secure, and boast the best selection of online slots in their portfolio including Empire Shields...

At the top of the reels, you'll find 5 different Toppers that each has individual features which include Double Reel, Multiplier, Wild and Expanding Wilds. On each spin, the features move 1 space to the left and a new feature will appear. All the new features start with an energy level of 1 but the energy levels are held as they shift.

When you manage to gain 4 energies on the Double Reel, then the Double Reel feature will be triggered. The height of the reels is increased to 6 symbols with the ways to win increasing to 7,776.

If you manage to gain 5 energies on the Multiplier, then you'll trigger the Multiplier feature. Shields can display x2, x3, x5, x8 or x10 in multipliers and is awarded the sum of all the active multipliers.

Once you gain 6 energies on the Wild, you'll activate the Wild feature. Ultimately, this leads to a wild being added randomly on the reel below. If you gain 7 energies on Expanding Wild, then you'll find Expanding Wilds onto your reels.

Of course, this slot also features free spins which can be triggered by landing 3 or more scatters on the reels. You'll then pick 5 shields that activate the top shields. When all 5 positions on the topper are filled, free spins begin with 10 spins. Additional scatters can lead to additional spins with no limit on how many times you retrigger it. 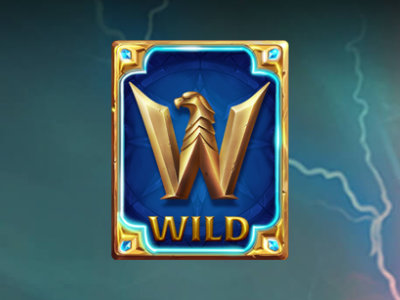 At the top of the screen, you'll find the 5 different toppers with their own special abilities that trigger when you fill it up. These include multipliers, wilds, expanding wilds and increasing the ways to win. 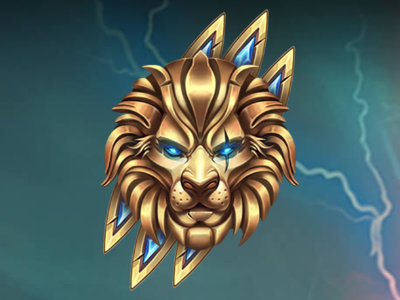 Landing 3 or more scatters will trigger the free spins round with 10 spins. You'll pick 5 shields to determine which topper you'll gain throughout free spins. Ultimately, this can be retriggered with additional scatters.

It's not every day that you can join a magical adventure, but with Empire Shields, you certainly can. Enter combat with various warriors to protect the kingdom and become a hero.

Developed by GONG Gaming Technologies along with Microgaming, this mythical slot plays on 5-reels with 243 ways to win in the base game. However, this improves to 7,776 ways to win through the Toppers. There are so many features within this slot that you'll be victorious in no time.

This slot looks straight out of a role-playing video game with visually stunning characters and vibrant backgrounds. The background of this slot features a kingdom in the distance with lightning flashing causing even more excitement.

As you can imagine, there is a grand score of stringed instruments and percussion sounds playing in the distance making it feel like a Hollywood movie. Overall, this slot succeeds in showcasing an epic adventure.

The base game of this slot plays on 5-reels with 243 ways to win, but this can increase with the Toppers. On the surface, this slot may look complicated with all the features but it basically breakdown into one main feature with five different Toppers that can kick off on the reels.

Surprisingly, all of the menus are to the left side of the screen but the spin button remains to the right side.

There is high volatility gameplay in this slot leading to less frequent wins, but they are higher when they do land. With an RTP of 96.19%, this is just over the standard level which is acceptable.

The maximum win is 12,150x your stake with wins past this point capped. You can gain big wins through the Toppers leading to multipliers and even more ways to win.

Empire Shields is definitely a cool looking slot that features some intriguing features. At first, it can seem confusing, but it's pretty standard once you begin to understand it.

If you love mythical slots that do something different, then definitely give this slot a spin. It may not change the world, but it'll provide solid entertainment.

Play Empire Shields now at the following verified UK slots sites. These slot sites are fully licenced and have been thoroughly vetted and reviewed by us to ensure they offer a great user experience, are trustworthy, secure, and have a wide variety of the best online slots in their lobbies including Empire Shields:-

Enjoyed Empire Shields? Here's a handful of similar slots we think you'll like too. These online slots have been chosen based on features and themes similar to Empire Shields. You might also want to check out other Gong Gaming slots.