Hidden away in the deep caves of Algroth, the Blue Wizard used the Cauldron as his personal hotpot of potions. Throughout the years, many adventurers travelled across the land to seek out the power hidden in the Cauldron.

Developed by Peter & Sons, Cauldron is a magical slot that plays on 5-reels with 20 paylines. With two different free spin bonus games with multipliers, adventurers can see wins of up to 2,222x their stake!

“ A delightful slot that fails with an outdated max win ”

Jump straight into the action and play Cauldron now at the following fully licenced UK slot sites. These slot sites have been thoroughly audited and reviewed by the team here at Slot Gods to ensure they offer an exceptional user experience, are trustworthy, safe, secure, and boast the best selection of online slots in their portfolio including Cauldron...

There are so many features within Cauldron to assist you in procuring the bigger payouts and it all begins with the free spins. Naturally, landing 3 or more scatters will trigger 10 free spins. During the free spins round, wins on a high symbol will actually upgrade the symbol adding a multiplier.

Each upgrade will award an additional free spin, whilst a win on a low symbol will remove this symbol from the reel. Similarly, the removal act will award 1 extra free spin as well.

If you manage to collect 750 scatters and fill up the bonus meter to the left, then you'll activate the super free spins. Amazingly, there are no low symbols on super free spins and all the high symbols have multipliers. 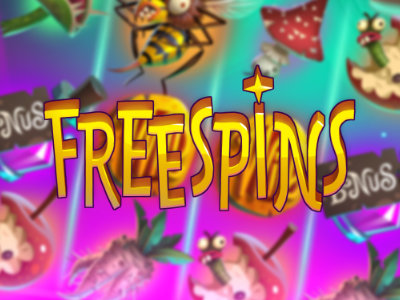 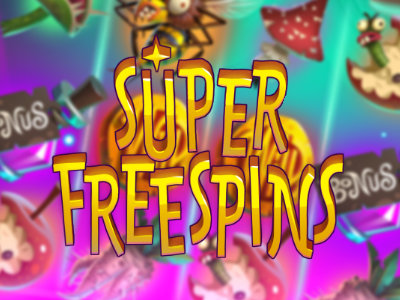 Now, if you want the mighty super free spins, then you'll need to collect 750 scatters to fill up the bonus meter to the left. There will be no low symbols and just high symbols with multipliers!

Set in the Blue Wizard's cave of Algroth, Cauldron follows the wizard and his quest for power. Throughout the years, he created a huge hotpot of a potion that many adventurers wish to seek and you take on the role of that adventurer. Playing on 5-reels with 20 paylines, Cauldron is a magic slot developed by Peter & Sons.

Throughout the slot, there are two different free spin options with multipliers to help you on your quest to retrieve the mystical potion. Can you persuade the Blue Wizard to give you the treasure of 2,222x your stake, or will you end up as one of the ingredients in the potion instead?

The design of this slot is similar to Adventure Time, with the Blue Wizard actually looking similar to the Wizard King. Similarly, the design of the symbols and creatures looks creepy but with a cartoonish vibe to lessen the blow.

There's no denying that these monsters aren't cute but there is a strange charm to them. The slot itself is set in the Blue Wizard's magical house with the focus being on the cauldron itself.

Perhaps the most engaging part of the design has to be the animation from everything on screen. From the leaves blowing in the wild to the Blue Wizard orchestrating the cauldron at the top, there's so much going on in this slot that you can't help but enjoy it.

A percussion score mixed with a cello to create something a little kooky and off - but it works for this slot. There are ambient sounds such as water and the Blue Wizard using powers that complete the slot to make it feel more like some crazy world you've entered.

In terms of gameplay, Cauldron is straightforward and easy to follow. The main features include the free spins and the super free spins, aside from that it's a standard slot. Sometimes simplicity is better than complicated mechanics and Cauldron is a prime example of that.

At the bottom of the screen, you'll find the spin button to the far right with the bet level and autospin just underneath it. To the far left of the screen, there are further menu options such as sound or paytable in case you are struggling.

Cauldron is a high volatility slot with a decent RTP of 96.04%. Sadly, the issues come with maximum payout as it's a measly 2,222x stake - which is a laughable maximum payout for online slots.

This is especially hilarious considering that Peter & Sons have one of the highest maximum payouts with Robin: Nottingham Raiders at 121,500x stake.

We'd definitely recommend giving Cauldron a spin, as there are great qualities about this slot but suggest you find a better slot (perhaps Robin: Nottingham Raiders) to focus your energy on.

Play Cauldron now at the following verified UK slots sites. These slot sites are fully licenced and have been thoroughly vetted and reviewed by us to ensure they offer a great user experience, are trustworthy, secure, and have a wide variety of the best online slots in their lobbies including Cauldron:-

Enjoyed Cauldron? Here's a handful of similar slots we think you'll like too. These online slots have been chosen based on features and themes similar to Cauldron. You might also want to check out other Peter & Sons slots.