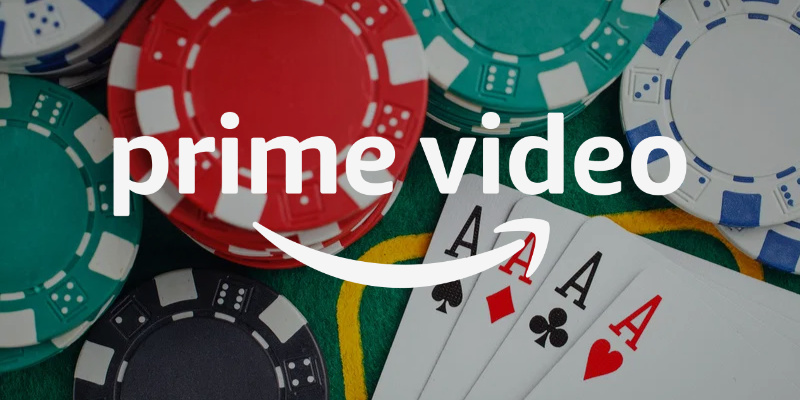 Some of the best gambling films available on Amazon Prime

It used to be all about ‘Netflix and chill’, but viewers are now spoilt with so many excellent streaming choices to choose from. Netflix is no longer king, and other streaming services such as Amazon Prime are showcasing some incredible films and TV shows. So much so that they even have a wide selection of gambling movies available on their site.

It’s now all about Amazon Prime and quality time now. Naturally, we at Slot Gods are interested in everything within the gambling world and it’s only fair that we share our knowledge with the rest of you. If you can't find anything that takes your fancy on this list, why not check out our best gambling-related movies on Netflix.

Flutter focuses on avid gambler John, played by Joe Anderson, and how his whole life changes after meeting a mysterious and beautiful female bookie named Stan, played by Anna Schafer. He turns from someone who takes calculated risks and gambles responsibly to a man lured in by a seductive woman and her huge payoffs.

The film literally shows how someone can be easily manipulated into the surreal and dangerous world of irresponsible gambling. Ultimately, it shows how far someone will go and how it can affect them. Added with quintessential Britishness makes this a film not to be missed.

Now there’s a misconception that women don’t gamble, and that’s incredibly false. John Fawcett’s Lucky Girl showcases the story of a female high school student called Kaitlyn, played by Elisha Cuthbert, who becomes obsessed with gambling. She wins a lottery ticket and becomes obsessed with the risks and uncertainty involved in gambling.

Her behaviour changes completely and she begins acting more erratically by going to unlicensed online casinos and stealing money. This film shows exactly how not to gamble and how others can help you if you actually reach out to them. It can be a tough film to watch but a valuable lesson in how to gamble responsibly.

Written and directed by Anna Boden and Ryan Fleck, Mississippi Grind is a road trip movie that tells the story of a man down on his luck who ends up teaming up with a charismatic poker player. Starring Ryan Reynolds and Ben Mendelsohn, the film explores the broken American dream and how it’s up to individuals to turn around their fortune.

It doesn’t try to glorify gambling, but instead shows how people can have successes and failures. It features slot machines, poker and betting within the slot, but focuses solely on the bond between the two characters and how their friendship grows throughout. Don’t expect a full on laugh adventure, but prepare to be blown away by the story.

Who could resist a film starring Justin Timberlake and Ben Affleck? Runner Runner sees them paired together in a battle of wits to see who is the ultimate con man. Timberlake plays a poor college student who plays online poker, but ends up losing all of his winnings to offshore entrepreneur Affleck.

He takes matters into his own hands and flies to meet the guy who swindled him only to be lured into his glamorous lifestyle. Not only does Timberlake gamble with his money, but he ends up gambling with his life in this crime thriller. It’s a film full of winners and losers, but it’s thoroughly entertaining to watch.

A band of misfits all join together at the fabulous St. Claire’s Hotel and Casino with each of them winning a gold coin on the slot machines. They soon discover that they have won a special prize that gives them the chance to win $2 million stored in a locker in New Mexico. The only catch is that the first person to get there wins it all.

Full of a star studded cast from Rowan Atkinson, Whoopi Goldberg to John Cleese - you know you’re in for a hilarious ride in this comedy ensemble film. There are six different teams competing and they all have their own ridiculous journey to get there. If you need a funny film to cheer you up, then Rat Race is the one to watch.