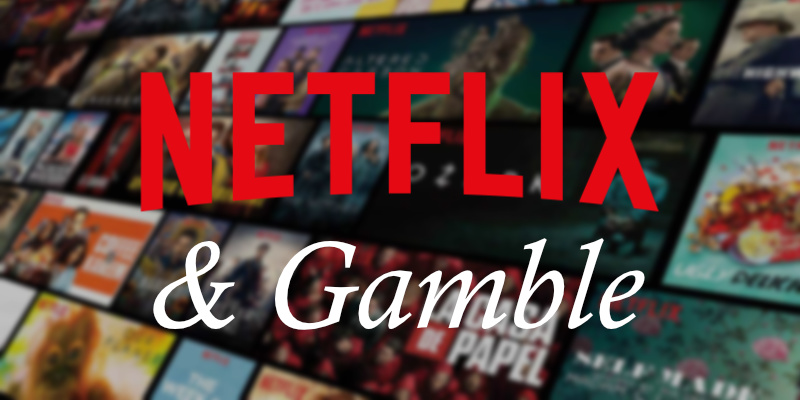 Looking to take a little break from spinning the reels of some of the best online slots out there? Why not settle down and enjoy a good gambling related movie... We've scoured Netflix to see what we can find and if we're being honest with you it was slim pickings, but after some searching, we came up with this list of the best films we could find!

If there's nothing on here that takes your fancy (or just don't want to watch something on Netflix) why not check out our list of the best gambling related movies on Amazon Prime instead?

High on the list of FBI targets for countless crimes which included money laundering, illegal sports betting operations and unpaid taxes time was running out for Molly, who unbeknown to her was also getting involved with the Russian mob at the same time. This excellent crime drama comes highly recommended as is arguably the best movie on this list.

Another American crime drama, Uncut Gems follows the story of a New York City jeweller and gambling addict Howard Ratner (played by Adam Sandler) who finds himself in hundreds of thousands of dollars in debt to a loan shark. In an attempt to rake back his losses Ratner smuggles a rare black opal gem from Ethiopia, which comes to the attention of NBA star, Kevin Garnett.

The Boston Celtics power forward insists on holding onto the opal for good luck in his game that night, the jeweller agrees as long as he can take Garnett's 2008 NBA Championship ring as collateral, which he then pawns and uses to gamble... Everything from here on out can only be described as high-octane thrilling action that'll have you on the edge of your seat.

Win It All is a comedy featuring New Girl actor Jake Johnson that sees his character Eddie Garrett, a compulsive gambler in possession of a bag filled with thousands of dollars belonging to an incarcerated thug. Left to look after it for safekeeping in return for $10,000 Garrett can't help dipping into the funds, accidentally gambling and losing the entire contents.

Upon discovering that the intimidating thug is unexpectedly being released from prison early he now must make the decision to risk everything to win all of the money back, or run away and never look back. Win It All is worth a watch, however, if we're being quite honest it's a predictable movie.

Fear and Loathing in Las Vegas

Cult-classic nineties comedy-drama Fear and Loathing in Las Vegas is a truly bizarre film starring Johnny Depp that's based on Hunter S. Thompson's 1971 novel of the same name. The plot of this movie is quite hard to follow as it's what we can only describe as chaotic... Johnny Deep's character Duke, a journalist, is tasked with travelling to Las Vegas to cover the Mint 400 motorcycle race in Las Vegas.

The journey descends into a drug-fuelled road trip in which Raoul Duke and Dr. Gonzo drive across the Nevada desert and into Las Vegas on more drugs than you might find in a hospital, naturally, chaos follows. This is without a shadow of a doubt one of the weirdest films ever made, and despite a poor box office showing this quirky flick has proven hugely popular in the years that followed.