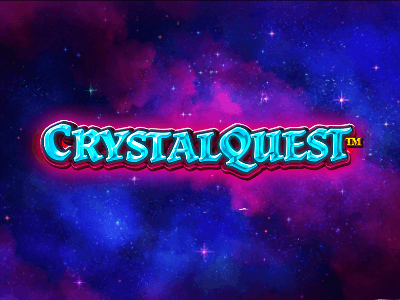 Are you looking for the best slot sites to play the Crystal Quest series? The expert team here at Slot Gods have scoured the internet to find a collection of online casinos that are more than worthy of your patronage.

These slot sites offer the best experience in terms of usability, design, game selection, jackpots, and more. They have also been independently audited by us to ensure they are properly licensed and regulated, reliable and trustworthy. Not only will you find all of the Crystal Quest titles here, but you'll also have a great time playing them with the assurance that your funds and winnings are safe and secure.

The Crystal Quest slot series is a set of games created by much-loved, innovative online slot developer Thunderkick. The popular series transports players to a mystic realm filled with heroes, monsters, sorcery, danger and most importantly endless treasure in the form of gemstones! You're not going alone though! This set of adventures sees you joined by the courageous adventurer known as Gemma (see what they did there?).

All three games in the series share many of the same characteristics such as a maximum win potential of 15,000x the player's stake and an RTP between 96.14% and 96.17%. With the exception of Frostlands, all three slots share identical bonus features such as wilds, an unlimited increasing win multiplier, free spins and wild explosions!