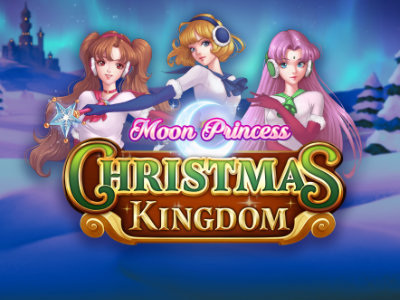 Everyone's favourite group of Moon Princesses are back and this time for a whole new Christmas adventure. Developed by Play'n GO, Moon Princess Christmas Kingdom is the sequel to the hit online slot Moon Princess.

The infamous free spins are back where you can choose your favourite princess and there's an unlimited win multiplier leading you to magical wins. Join in this festive adventure and help Love, Star and Storm in Moon Princess Christmas Kingdom.

“ A Moon Princess sequel that improves on almost everything ”

Jump straight into the action and play Moon Princess Christmas Kingdom now at the following fully licenced UK slot sites. These slot sites have been thoroughly audited and reviewed by the team here at Slot Gods to ensure they offer an exceptional user experience, are trustworthy, safe, secure, and boast the best selection of online slots in their portfolio including Moon Princess Christmas Kingdom...

During any moment in the game, you'll randomly trigger one of the princesses bonuses (just like in the original slot). Love converts one set of symbols, Star gifts up to 2 wilds and Storm removes 2 sets of symbols. During free spins, the chosen power triggers on every non-winning spin.

Managing to land 1 scatter symbol triggers the Trinity feature which leads to Love, Star and Storm performing their girl powers in one round clearing the grid with the modifiers mentioned above. Clearing all the symbols (except during Trinity) awards an award of 50x stake with the multiplier applied. If you clear the grid during Trinity, then you'll trigger free spins. 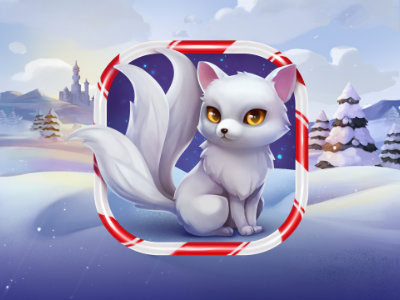 If you clear the grid during Trinity, then you'll trigger free spins and get to select which free spins you want. Fewer spins mean higher risk, but give you a greater potential! 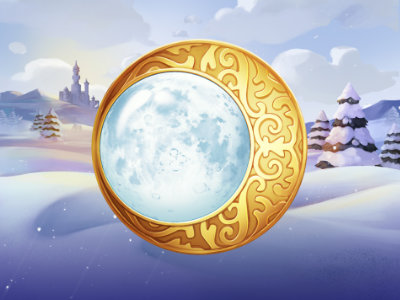 At any moment, you can trigger one of the princess bonuses that include converting one set of symbols, adding 2 wilds and removing 2 sets of symbols.

The original Moon Princess became an absolute icon as it was unlike anything else within the online slot world! Since the release of Moon Princess, we've had many copies or other developers try and copy the success to little fail.

Naturally, Play'n GO decided to act upon the popularity to release a whole new Moon Princess slot with the added bonus of Christmas. This Christmas slot uses the Cluster Pays mechanic to match up wins along with modifiers and free spins to give you a slot filled with girl power.

Moon Princess was praised for the anime style of graphics that were graphics and unique for an online slot. Sadly, the same cannot be said for the sequel as they have adopted for 3D avatars of the characters at the right side of the screen and it's a huge downgrade.

Thankfully, the girls remain the same on the reels, but the 2D cartoon style is definitely more charming than the 3D avatars. That being said, the avatars actually have life next to the slots, but Love, Star and Hope look like the catfish versions of themselves as the 3D avatars.

The girls even add sounds and dialogue to the slot, but it's just unnerving with the 3D artwork. Of course, with this slot being Christmas inspired, there's a soft score with bells but it's never too obnoxious.

Whilst the design isn't fantastic, the gameplay remains brilliant with engaging features and the Cluster Pays mechanic making the slot flow. All the buttons you'll need are at the bottom of the screen with the spin button to the far right.

With an RTP of 96.20%, Moon Princess Christmas Kingdom has a solid RTP over the standard. The slot features high volatility gameplay as well leading to less often wins, but they'll be higher when it does the payout.

There's also an upgrade with the maximum win at 15,000x your stake which is fantastic! This can be reached with the modifiers and multipliers during free spins.

It's clear that Play'n GO has taken the core gameplay of Moon Princess and enhanced it with this slot, but the design is sadly too radical for us. The charm of the original came from the anime graphics and influences from shows like Sailor Moon.

That being said, some may absolutely love the 3D avatar, but we imagine many will be put off. However, the gameplay and the win potential is radically increased for the better. Moon Princess Christmas Kingdom may even be one of the best Christmas slots out there! If you are a fan of the series, then you'll definitely have the check this one out.

Play Moon Princess Christmas Kingdom now at the following verified UK slots sites. These slot sites are fully licenced and have been thoroughly vetted and reviewed by us to ensure they offer a great user experience, are trustworthy, secure, and have a wide variety of the best online slots in their lobbies including Moon Princess Christmas Kingdom:-