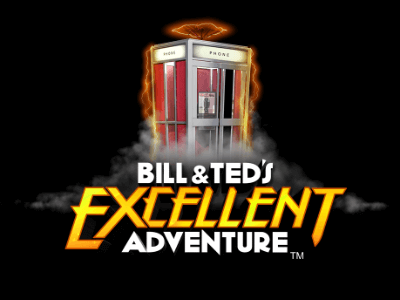 Go on the most excellent adventure with everyone’s favourite slackers Bill and Ted! Based on the 1989 film directed by Stephen Herek, Bill & Ted’s Excellent Adventure slot sees players helping out Bill and Ted from the first film and make sure that they turn in their history report.

Not only do all the characters from the film return, but you have bonuses such as Lock and Respin Bonus and Jackpot Upgrades. No way? Yes way!

What kind of Bill & Ted game would this be without some awesome features? Of course, the wilds in Bill & Ted’s Excellent Adventure are not your average wilds. They are called Wyld Stallyns after our heroes' formidable band. Naturally, they substitute everything except the phone box scatter.

During the Lock and Respin Bonus, you also have the chance to win extra bonuses. 1 of the 8 possible historical characters is selected as the Jackpot Upgrade symbol at random. Landing 2 or more will trigger the jackpot awards which are as follows:

If the Jackpot Upgrade character appears on the reels, then all 5 jackpot values are upgraded. After each upgrade, the chosen Jackpot Upgrade changes to a different character and so on. You can upgrade the jackpot up a maximum of 8x with values that can increase by up to 100x. You could potentially win up to 2,500x your stake! 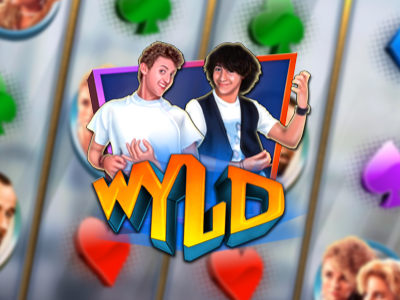 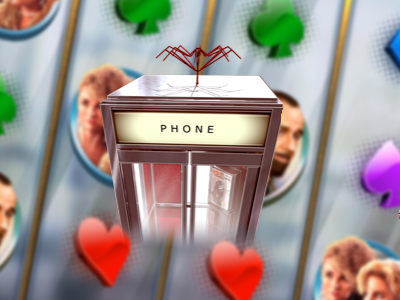 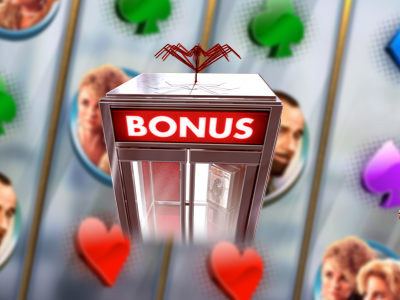 The biggest draw has to be the Lock and Respin Bonus that activates once you roll 3 phone box scatter symbols on reels 1, 3 and 5. You win 3 extra respins but gain an additional 3 respins each time the phone booth lands. 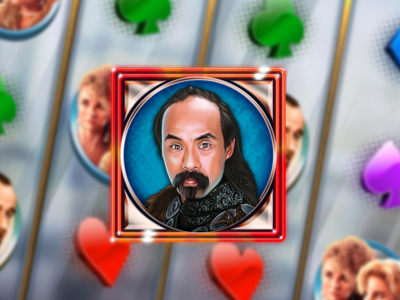 During the Lock and Respin Bonus, 1 of the 8 historical figures featured in the film act as the Jackpot Upgrade symbol. Revealing 2 or more historical characters will unlock a jackpot starting value varying from 50 to 2000. These can be upgraded a maximum of 8 times.

Dude! Bill and Ted are back for their most excellent adventure as they travel across time and space in order to pass their history class. It’s up to you to help them pass so that Ted doesn’t get shipped off to military school and so the Wyld Stallyns don’t break up.

Developed by IGT, Bill & Ted’s Excellent Adventure slot is based on the 1989 film of the same name featuring Keanu Reeves and Alex Winter. This 5-reel, 20 payline slot brings back all your favourites from the films and gives you the chance to help them out whilst also having some rockin’ wins.

Somehow IGT manage to capture the entire aesthetic of the late 80s and Bill & Ted in this slot. The overall design seems vintage but more driven to nostalgia rather than it being tacky. Colouring, designs and sounds all fit in with the tubular style of Bill & Ted.

Everyone’s favourite historical figures return onto the reels along with Bill, Ted and Rufus. Not a single character is missed out which makes it feel like an amazing attention to detail. Not to mention that the setting of the background is directly taken from the film. This added with the little detail of posters from the film such as Battle of the bands at S.D High School really adds much more character to the slot.

What kind of Bill & Ted slot would it be without some epic music? An 80s inspired rock track plays throughout spins alongside ambient noises such as quotes from the films. It completely captures the magic of the film and fans will honestly love it.

Despite being simple - the gameplay is most outstanding! Anyone can pick up and play it as everything is laid out in front of you. The bonus features are all explained once they happen and you are never left in the dark about anything.

Game rules, paytable information and general sound settings are featured above the reels in a blue bar. Gameplay buttons are at the bottom of the reels with the spin button being to the right right and the autospin being next to it. Players can choose between 10 to 100 autospins during their playthrough.

Bill & Ted’s Excellent Adventure has a surprisingly good win potential. With medium volatility and an RTP at 96.49% - it’s pretty good at returning your wager. With wylds in the base game, you could win up to 500x your stake. This gets even better with the Lock and Respin mode as you can win up to 2500x your stake. It’s not earth-shattering, but it’s a decent amount considering the RTP.

There wasn’t anything majorly heinous about Bill & Ted’s Excellent Adventure. Sure it lacked free spins and traditional multipliers, but it makes up for it with the extra bonus rounds and the utter charm of the slot. It brings in the mood of Bill & Ted and does it incredibly well. Not once does it feel like a cheap cash grab, and fans will absolutely love this. For a TV/Movie themed slot that is most excellent, try out this one.