Beast of Wealth is one of three games that make up the Wealth Series of slots developed by Play'n GO. This 5-reel, 243 payline slot has four slightly differing free spin rounds, and not much else in the way of major bonus features and mechanics. However, this slot is part of the four-tiered Wealth Series Progressive Jackpot.

Jump straight into the action and play Beast of Wealth now at the following fully licenced UK slot sites. These slot sites have been thoroughly audited and reviewed by the team here at Slot Gods to ensure they offer an exceptional user experience, are trustworthy, safe, secure, and boast the best selection of online slots in their portfolio including Beast of Wealth...

Beast of Wealth sees players trigger the free spins bonus when they land 3 scatter symbols anywhere on the reels during base gameplay. Once into the bonus feature players must pick one of five options.

The guardian you pick will ensure that only their high paying symbol will land on the reels for the duration of the free spins round, leading some pretty lucrative winning paylines.

The guardians of higher value won't show up as commonly as the lower symbol during the bonus, for example if you pick the Dragon you'll only see the Dragon symbol come into play 88 times, but if you pick the Tortoise it will show up 118 times.

Players must match three symbols on a pick and click mini-game to determine which of the four jackpots they receive. 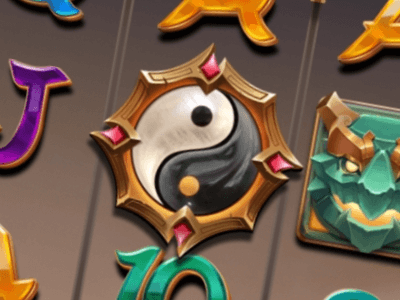 Landing 3 scatter symbols on the reels will trigger a free spins round that sees players choose one of four guardians, this ensures that only one high-value symbol will show up on the reels during the bonus. 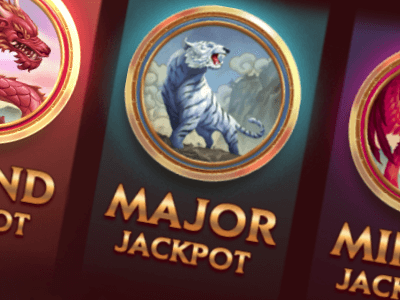 Players can activate one of four progressive jackpots randomly at any time upon the appearance of a golden reel. If a wild symbol lands inside the golden reel then the jackpot feature begins.

Beast of Wealth is a 5-reel, 243 ways to win slot developed by Play'n GO which is part of the Wealth Series, a collection of oriental-themed slots games that are inspired by Chinese culture. This slot revolves around four mythological guardians, the Dragon, Tiger, Tortoise and Phoenix.

The guardians not only act as high-value symbols in this epic slot, but they each offer players unique free spin bonuses that will only see that specific beast show up during the round, practically guaranteeing a number of lucrative winning paylines.

Unsurprisingly, Beast of Wealth is just as attractive to look at as the other two games in the Wealth Series. The reels are built into a beautiful Chinese temple that's sat atop a mountain in the clouds. Fireflies buzz around the peaceful temple and two lanterns swing in the breeze, it's all very idyllic.

Low paying symbols are your standard royal deck (stylised in an Asian manner) 9, 10, J, Q, K, A. High paying symbols are, of course, your beasts of wealth! Mythological guardians, the Dragon, Tiger, Tortoise and Phoenix.

Beast of Wealth is set up like most Play'n Go slots, and is identical to the other two Wealth Series games, with an action bar set across the bottom of the reels. On the left-hand side of the bar the player's balance is displayed, next to that there's an information button that gives players details about the game's paytable and bonus features.

In the centre of the action bar is the section where players can select their stake limit, these stakes can range from 1.00 to 50.00.

On the right-hand side of the action bar players will find a large green spin button and a smaller orange autospin button that lets players set up to 100 automated spins.

At the top of the reels are the four Wealth Progressive Jackpots, the Mini, Minor, Major and Grand Jackpots.

Oddly, Beast of Wealth has a better return to player than the other two slots in the Wealth Series, with this high volatility slot offering players a return of 96.17% as opposed to 96.02%. The maximum win players can expect from playing the base game remains the same though, at 5,000x their stake. There's also the four progressive jackpots on offer as well which help boost the overall win potential of the game.

Beast of Wealth, like the other two slots in this series, is basic, but well worth playing. The free spins feature is quirky and a little bit different to what we're used to, the inclusion of four progressive jackpots is always nice to see as well!

Play Beast of Wealth now at the following verified UK slots sites. These slot sites are fully licenced and have been thoroughly vetted and reviewed by us to ensure they offer a great user experience, are trustworthy, secure, and have a wide variety of the best online slots in their lobbies including Beast of Wealth:-

Enjoyed Beast of Wealth? Here's a handful of similar slots we think you'll like too. These online slots have been chosen based on features and themes similar to Beast of Wealth. You might also want to check out other Play'n GO slots.