Atlantean Treasures Mega Moolah is a 5-reel, 10 payline slot developed by Neon Valley Studios for Microgaming that adds to the ever-growing collection of networked progressive jackpot games that come under the Mega Moolah banner. This jackpot slot comes bundled with re-spins and expanded wilds.

There are two main features that players should be aware of when playing Atlantean Treasures Mega Moolah, these are the expanding wilds that see expanding mermaid symbols show up at any time on reels 2, 3 and 4 leading to more paylines and bigger wins, the second feature comes in the form of respins that take place whenever a wild symbol lands on the reels.

Unfortunately, this slot has a distinct lack of any sort of free spins feature, however, the respin do somewhat make up for this.

Atlantean Treasures Mega Moolah is of course tied to the original Mega Moolah progressive jackpot, which is one of the main reasons many players choose to play this game.

The only thing players must keep in mind when playing is the higher your bet, the great chance you have of winning a progressive jackpot. Once launched players must spin a jackpot wheel to determine which jackpot of the four jackpots they’ll win. 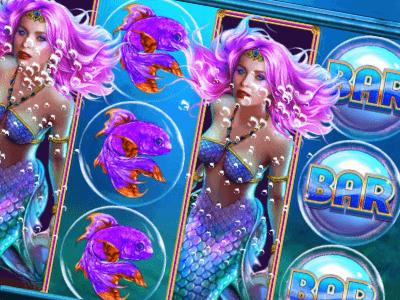 Expanding Wilds can show up on reels 2, 3 and 4 at any time, unlocking more paylines and triggering large wins. 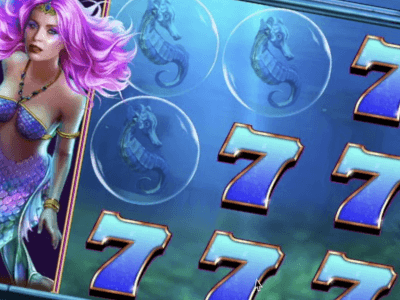 Whenever a wild lands on the reels during the base game players will benefit from an immediate re-spin. 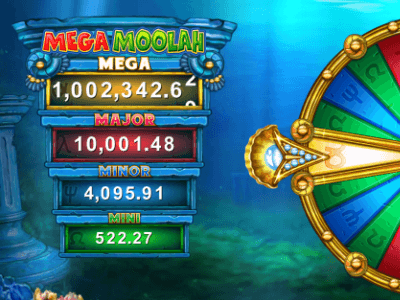 Atlantean Treasures Mega Moolah is part of Neon Valley Studio’s 2020 reboot of the iconic Mega Moolah slot series. This 5-reel, 10 payline slot takes players on a voyage to the bottom of the ocean in search of the lost city of Atlantis.

This game is structured slightly differently to most, as wins are registered both ways as opposed to the normal left-to-right setup most standard online slot games employ.

Like all of the Mega Moolah games, the art team have gone all out with regards to the theming and design of Atlantean Treasures, and we have to say they deserve a round of applause for creating an absolutely beautiful game world for us enjoy.

As you load into the game you’re greeted by a relaxing soundtrack that plays throughout the duration of your gameplay. Uniquely, rather than being played on traditional game reels, Atlantean Treasure sees the game symbols float within their own bubbles as schools of fish swim by every so often

The game symbols (from lowest to highest) are as follows: Starfish, seaweed, seahorse, purple koi, pink angelfish, a blue 7 and BAR. We’re not entirely as to why the creators of this slot decided to go for two symbols that completely go against the rest of the theming, but ultimately it’s not too detrimental in the grand scheme of things.

On the left-hand side of the game screen, you’ll find the four Mega Moolah progressive jackpots (the Mini, Minor, Major and Mega) slowly climbing upwards.

Along the bottom of the screen, you’ll find the max bet button, spin button, autospin button, that allows players to make up to 100 autospins and the turbo button (If you’re outside the UK).

The win potential is unfortunately where Atlantean Treasures Mega Moolah falls flat. For a new online slot that heralds a new era of Mega Moolah games, we were gutted to see the maximum win sitting at just 500x the player’s initial stake.

Thankfully this game is tied to the Mega Moolah progressive jackpot, which does in part make up for the pathetic maximum win value. The overall RTP of this medium volatility slot sits at 92.08% which is low, but not painfully low considering that it’s a jackpot slot.

Atlantean Treasure Mega Moolah is a funny old game, on one hand, it looks bloody brilliant and it comes bundled with the iconic progressive jackpot we all know and love… On the other hand, there are a lot of things that let this slot down…

Ultimately we’re disappointed that the progressive jackpot has been considered a major feature in this game, it seems like a bit of a cop-out, we’re also pretty let down by the maximum win of just 500x your initial stake, which for a modern slot released in 2020 is pretty poor.