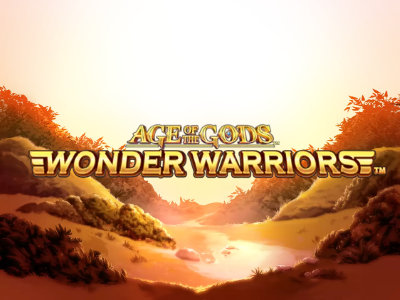 Age of the Gods: Wonder Warriors

The epic Age of the Gods series is back with a slot all about the mighty powerful female warriors. This slot is all about girl power with some of the strongest female warriors in ancient Greece.

“ An Age of the Gods slot perfect for beginners ”

On every spin, the variable ways feature kicks in meaning the rows per reel varies between 3 and 6. It's similar to the Megaways mechanic as you can have between 243 and 7,776 ways to win.

In this slot, you can trigger the bonus round by landing between 3, 4 or 5 golden shield scatters. You choose between 4 different free spins options including:

However, it should be noted that you can only trigger the maximum ways option if you have triggered this feature 3 times before. If you land 2 scatters during this mode, you'll gain 2 extra spins with no limit on how many you can get.

As this is an Age of the Gods slot, you can trigger the Age of the Gods Jackpot at any time. You'll find a pick-me game triggers where you need to match up 3 to trigger one of the four jackpots which include: 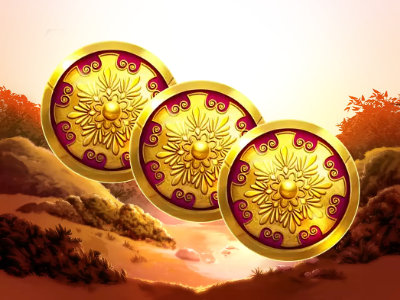 If you land 3 or more golden shield scatters, you'll select one of the four free spin options available. Each of these has a set amount of spins with different ways to win. 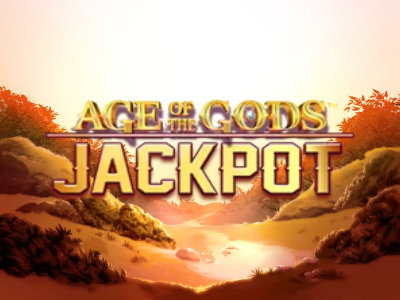 At any random moment, you can trigger the Age of the Gods Jackpot to open up a pick-me feature. You have to select 3 matching symbols to win one of the four jackpots.

It will come as no shock to anyone that the Age of the Gods series is one of the biggest within the history of iGaming and they are covering a whole host of ancient myths. In Age of the Gods: Wonder Warriors, the slot is covering a whole host of female warriors that seem to be inspired by a mixture of ancient Greek myths and Wonder Woman's Themiscyra.

Naturally, this mythical slot contains the wonderful Age of the Gods Jackpot but also contains free spins and boosted ways to win through Variable Ways. Initially, this slot plays on 5-reels with 243 ways to win but increases to up to 7,776 ways to win.

It's obvious that the inspiration for the design of this slot has been taken from the Wonder Woman film but that's a positive as it looks fresh and full of excitement for an Age of the Gods slot.

The music is epic and the general direction of this slot seems to be driven by that motif with all the characters looking like female warriors. However, the lack of animation and life in the background is a little disappointing as the developers could've done so much more to this slot.

If you've played one Age of the Gods slot, then you've probably played something like this one. The Variable Ways feature is similar to Megaways but not as effective. There's nothing new or refreshing to this slot - which is perfect for players who prefer traditional gameplay.

As for menus, you'll find all the relevant buttons at the bottom of the screen with the spin button on the right and the bet level to the left.

You'll find a respectable RTP of 96.44% in the base game and there's high volatility gameplay leading to larger wins at a less frequent rate.

In this game, you can win up to 10,000x your stake through the special features but you can also trigger one of the four mighty progressive jackpots through the Age of the Gods Jackpot.

That being said, if you love the series then you'll enjoy this game as it's just like any of the other slots. If that's the case, then check out Age of the Gods: Wonder Warriors.