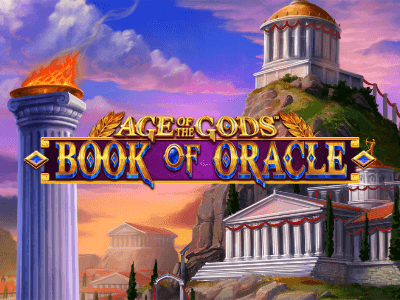 Age of the Gods: Book of Oracle

Age of the Gods Book of Oracle is a 5-reel, 10 payline slot developed by Ash Gaming that's all about the game's special Book Feature! The Book Feature sees one single symbol be chosen on each and every spin the become a special expanding symbol! Whenever this symbol lands in a winning payline then it will expand to cover an entire reel! If this wasn't enough for you then strap yourself in... This slot features free spins and a four-tiered progressive jackpot.

“ One of the better 'Book of' games with a very generous progressive jackpot! ”

Play Age of the Gods: Book of Oracle

Jump straight into the action and play Age of the Gods: Book of Oracle now at the following fully licenced UK slot sites. These slot sites have been thoroughly audited and reviewed by the team here at Slot Gods to ensure they offer an exceptional user experience, are trustworthy, safe, secure, and boast the best selection of online slots in their portfolio including Age of the Gods: Book of Oracle...

Age of the Gods: Book of Oracle Screenshots

Age of the Gods: Book of Oracle Features

The Book of Oracle foresees which symbols will appear as expanding symbols. This book can be found above the reels, on each and every spin the pages of the book will turn and reveal a symbol.

Whichever symbol is revealed will expand to fill the entire reel if it appears during a winning combination, leading to much larger payouts than normal.

If players land 3 or more book symbols anywhere on the reels then the free spins bonus will begin. Players will automatically receive 10 free spins with a special expanding symbol chosen at the start. Whenever this expanding symbol lands, it will fill the entire reel.

Landing 3 or more book symbols on the reels during the free spins bonus feature will lead to a retrigger, seeing another 5 free spins awarded to the player. The amount of retriggers players can enjoy is unlimited. 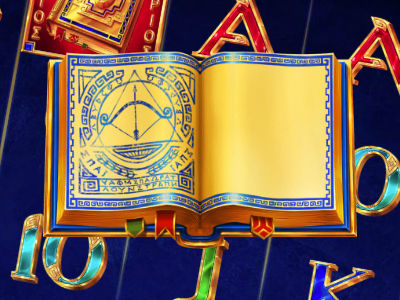 This Book of Oracle can be found above the reels, on each and every spin the pages of the book will turn and reveal a symbol. If this symbol appears during a winning combination then every instance of that symbol will fully expand. 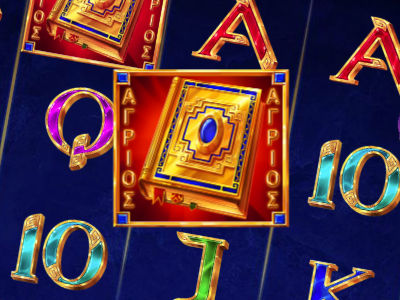 If players land 3 or more book symbols anywhere on the reels then the free spins bonus will begin. Players will automatically receive 10 free spins with a special expanding symbol chosen at the start. 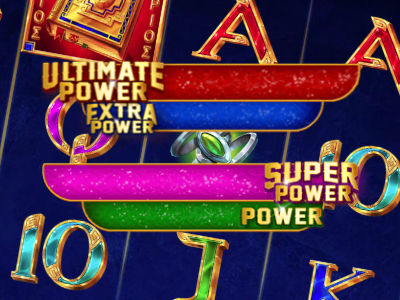 Age of the Gods Book of Oracle

Inspired by Pythia, the Ancient Greek High Priestess of the Temple of Apollo, Age of the Gods Book of Oracle is a 5-reel, 10 payline slot developed by Ash Gaming that sees players benefit from specially chosen expanding symbols from the Book of Oracle. This release in the Age of the Gods series features a generous free spins feature and the iconic Age of the Gods Progressive Jackpot that can see players win life-changing sums of money on one of four impressive progressive jackpots.

If you've played any of the Age of the Gods games in the past, you'll know exactly what to expect from this title when it comes to design. The reels are set in front of two grand marble Doric Columns topped with fire and the symbols are set upon a golden temple. Low paying symbols are your standard stylised 10, J, Q, K, A. High paying symbols are a firepit, a snake emblem, a marble bust and the Oracle herself!

In terms of sound, players are treated to a calming, almost space-age soundtrack during base gameplay, it's all very serene... However, things do pick up during the free spins bonus, the music during this time is hugely exciting and certainly helped raise our heartrate! The only other thing you'll hear during gameplay is the sound of the Book of Oracle pages turning on each and every spin.

If you're a long time fan of Age of the Gods you'll know exactly what you're getting with this slot... We'd be lying to you if we said there was much else to this game, but that's not really a problem as Age of the Gods slots are pretty timeless!

Again, we're very much reiterating what we just said about the design of this slot... If you've played any Age of the Gods slot before you'll know what to expect when it comes to the overall gameplay in this slot! Book of Oracle is pretty straightforward to get your head around. The one main feature that really stands out that players should be aware of is the special book feature. On every spin the pages of a book turn and a random symbol is chosen to fill an entire reel if a winning combination is created.

In terms of navigating the slot in general, all of the buttons are easily accessed from the action bar that runs along the bottom of the game reels. Here players can set their stake (between 0.10 and 10), set up to 100 automated spins and access the game's paytable and bonus information.

This high volatility slot has an RTP of 95.49% and a maximum win potential of 1,400x, which is a little bit lacklustre, but that can be overlooked when you consider that this game features the four-tiered Age of the Gods Progressive Jackpot.

Age of the Gods Book of Oracle is a genuinely enjoyable slot. It features many classic mechanics found in most 'Book of' slots whilst also playing host to an absolutely massive progressive jackpot. Truthfully, this game doesn't really offer anything new (but what Age of the Gods slot does at this point?) but it's still incredibly good fun!

Play Age of the Gods: Book of Oracle