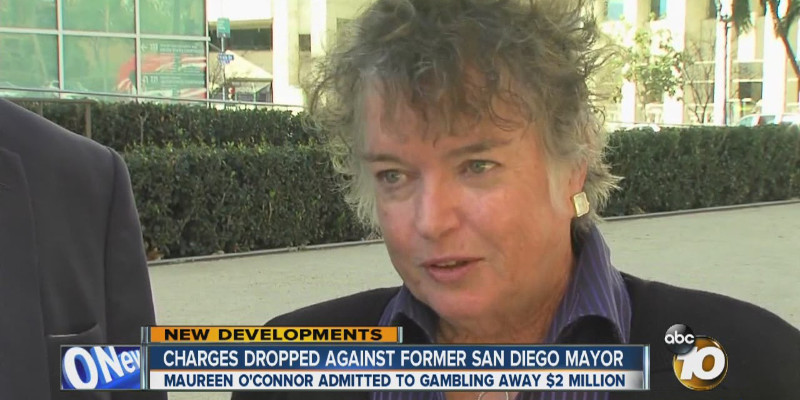 We love talking about big wins here at Slot Gods, and only recently we published an article highlighting the most successful gamblers of all time, however, where there's a winner, unfortunately, there must always be a loser as well.

Naturally, it only seemed right to put together a contrasting article that looks at some of the unluckiest gamblers from over the years who have incurred some of the world's biggest losses at casinos over the years. It's a tough read, but an eye-opener!

Holder of the unfortunate record of Britain's biggest gambling loss, the late Kerry Packer went on a monumental three-week losing streak at Crockford's Casino, London in 1999. During this time the Australian media tycoon lost a heart-wrenching AU$28,000,000.

The craziest thing about this loss is actually the fact that it barely made a dent in Packer's bankroll... The billionaire often jetted off on lavish gambling holidays, winning AU$33,000,000 at MGM Grand Casino in Las Vegas, and netting an average of AU$7,000,000 a year on his annual gambling trip to the United Kingdom.

As incredible as it was, Packer will have hardly been phased by his mammoth 1999 loss, as only a few years earlier he'd lost £15,000,000 on four roulette tables in a matter of minutes, and an additional £19,000,000 playing poker in his very own poker room at the Ritz Hotel.

Referred to as 'the Moby Dick of whales' and 'the human gambling machine' in certain Las Vegas circles, Pakistani-born businessman Umar Siddiqui was in way over his head when it came to gambling debts.

In the space of a few short years, Siddiqui managed to steal $65,000,000 from his employers, Fry Electronics. This stolen money was used to finance a high-rolling lifestyle that not many can even begin to imagine. A regular at The Venetian Casino and MGM Grand he was given a million-dollar credit line, penthouse suites, free cash to gamble with and even use of luxury cars and a private jet.

In just a few years Umar had managed to gamble away more than $120,000,000, racking up debts to a number of casinos, as well as his former employer once the IRS had clicked onto his dealings. Despite gambling in California (where gambling debts can't be enforced) in order to pay off what he owed in Nevada Umar's time at the high-roller tables was cut short.

American golfer John Daly, known for winning the PGA Championship in 1991 and The Open Championship in 1995, makes this list for his keen love of gambling. Whilst writing his book in 2014 Daly came to the realisation that he'd lost a lot more money than he initially thought he had done between 1991 and 2007.

Another sportsman that's no stranger to big-money gambling is Former NBA star Charles Barkley. The former Philadelphia 76er publically admitted that he had a problem in 2007 in an interview with ESPN, admitting to losing $10,000,000, including $2.500,000 in just six hours whilst playing blackjack. Despite spending vast sums of money on gambling, he also claimed not to have a problem, as he can afford to sustain his gambling habit.

Barkley has been quoted saying:  "No matter how much I win, it ain't a lot. It's only a lot when I lose. And you always lose. I think it's fun, I think it's exciting. I'm gonna continue to do it, but I have to get to a point where I don't try to break the casino 'cause you never can."

Just one year later he was chased by the Wynn las Vegas Casino for an unpaid debt of $400,000 and stated live on TV that he had to stop gambling. In the years following his ESPN interview, Barkley has estimated that he's lost nearly three times (around $30,000,000) the amount he quoted back in 2007.

Terrance Watanabe stands out for being one of the biggest lossmakers on this list, so large were Watanbe's losses at Ceasar's Palace, a whopping $205,000,000, that it actually made up 5.6% of the total revenue for the famous Las Vegas casino in 2007.

Whilst his losses are enough to make most men wince, this was barely the tip of the iceberg in terms of Watanabe's gambling habits. Over the years the high-roller gambled an estimated $825,000,000. Despite his losses, the businessman remained generous and was known for often handing out gifts such as bundles of $100 bills that could total as much as $20,000, as well as Tiffany gift boxes filled with gift cards and expensive cuts of steak to casino staff.

Whilst Wynn Las Vegas banned Watanabe for compulsive drinking and gambling, others treated the businessman like a King, with Ceasar's Palace giving him a special VIP status known as 'Chairman' that awarded him $12,500 a month for airfare, $500,000 credit at the casino's gift store and 15% casino cashback on losses up to $50,0,000.

One of the most shocking additions to this list is Maureen O'Connor, the former mayor of San Diego, who served her city for two terms between 1986 and 1992. It's hard to believe, but the first-ever female Mayor of 'America's Finest City, affectionately known as "Mayor Mo" had wagered over $1 billion dollars at multiple casinos across the United States after her time in politics.

Sadly, O'Connor attributed her excessive gambling to a brain tumour, having auctioned off her entire belongings, real estate and taking out three mortgages to pay for her crippling addiction. The extent of her problems were revealed when it was discovered that she had been stealing money from a charity set up by her late husband, Robert O. Peterson, who founded popular fast food chain Jack-in-the-Box.

Upon appearing in court for her crimes she apologised to the people of San Diego and agreed to undergo treatment for gambling addictions, promising to repay the money stolen from the R. P. Foundation.

Harry Kakavas, has in the past been referred to as the 'highest of high rollers' by the Australian media. The businessman made a great fortune selling properties across the Gold Coast in Queensland over the years, but managed to spectacularly lose almost every penny he had made during a dramatic 14-month period in which he gambled religiously at the Crown Casino in Melbourne.

In that short period of time between June 2005 and August 2006, Kakavas lost AU$30,000,000 mainly playing baccarat. A year later the unlucky punter attempted to sue the casino for 'unconscionable conduct' as he claimed that the casino had 'exploited his pathological urge to gamble' by offering him incentives such as luxury rooms, free 'lucky' cash to gamble with and use of the casino's private jet.

Unsurprisingly, the casino fired back with the fact that Kakavas was a problem gambler that had lost millions on his own accord, knowing he could afford it at the time. In the end, both the Supreme Court of Victoria and the Court of Appeal in Victoria dismissed the cases and the gambler received nothing for his efforts in court.