Rock the Cash Bar is 5-reel, 243 - 16,807 payline slot developed by Northern Lights Gaming and Yggdrasil. As the name might suggest, This catchy online 1980s inspired slot features the song 'Rock the Casbah' by The Clash. So if you're a fan of the band you might enjoy the game! There are three different free spins features that each offer multipliers on top of wins. If that wasn't enough Rock the Cash bar features Re-spins and expanding reels!

Jump straight into the action and play Rock the Cash Bar now at the following fully licenced UK slot sites. These slot sites have been thoroughly audited and reviewed by the team here at Slot Gods to ensure they offer an exceptional user experience, are trustworthy, safe, secure, and boast the best selection of online slots in their portfolio including Rock the Cash Bar...

Rock the Cash Bar has two tantalising bonus features that really do rock! These features are the Wild Night Out bonus and the Free Spin bonus, both of which can prove to be incredibly lucrative in the right circumstances.

The Wild Night Out bonus sees players have a random opportunity for up to 7 spotlights appear at any time, lighting up the game reels, stopping on symbols to turn them wild, forcing a guaranteed win. Wild symbols substitute every symbol except the scatter and ticket symbols, only the highest win combination is awarded.

There are three unique free spin bonuses that can be triggered depending on which scatter symbols players land. In order to trigger this bonus, they must also land a number of ticket symbols on reels 2, 3, 4 and 5 as well as the scatter. The free spin bonus levels are as follows:

During the free spins bonus round there's a good chance that players could land upgrade symbols, which as the name suggests, upgrades the current bonus level to the next one up.

Another exciting feature of the free spins round is that reels can expand (unlocking up to 16,807 ways to win), and up to 1 or 3 re-spins can be randomly triggered, these re-spins do not count as a free spin, so it's essentially just extra winnings for absolutely nothing! 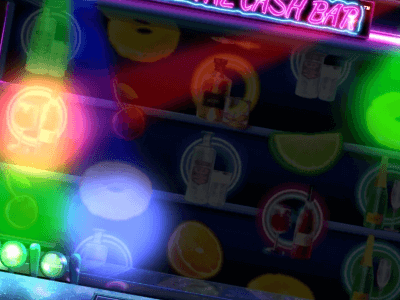 At any given moment 7 spotlights could appear on reels and roam across them, stopping on symbols and turning them into wilds, creating a guaranteed winning payline. 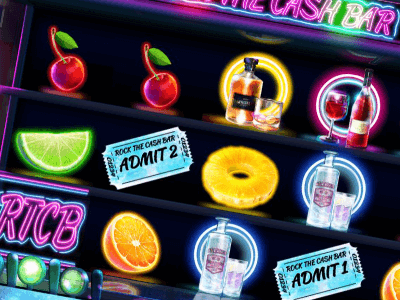 When players land one of three unique scatter symbols as well as ticket symbols on reels 2, 3, 4 and 5 they'll trigger one of three free spin levels that see them receive a maximum of 15 free spins with multiplied winnings. 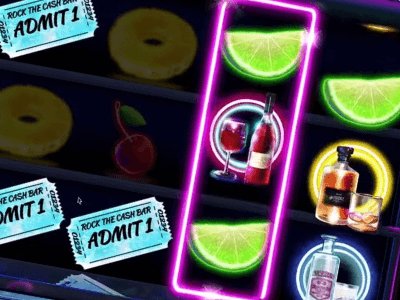 During the free spins bonus round there's a chance that the reels can expand anywhere from 3 rows to 7 rows. If the maximum number of rows expand then players will unlock 16,807 ways to win. 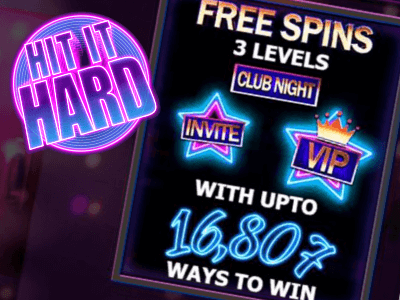 Players may randomly trigger 1-3 re-spins during the free spins bonus round. These re-spins will not be considered part of the free spins, essentially seeing players pick up free wins.

Developed by Northern Lights Gaming, an independent studio partner of Yggdrasil, this funky 5-reel, 243 ways to win slot is a wonderfully fun throwback to the 1980s where elaborate cocktails, neon and Saturday nights at the disco were all the rage.

This game is guaranteed to bring a smile to your face with its excellent graphics, brilliant soundtrack and high lucrative bonus features including spotlight wilds, free spins and expanding reels!

Rock the Cash Bar transports players to a vibrant 1980s British nightclub known as the Cash Bar, the reels are set on a liquor shelf behind the bar, which is a touch we absolutely love, the design team at Northern Lights have gone all out to really create an environment that feels real and lived in.

Of course, we can't go any further without talking about how this slot sounds! This game features an instrumental version of the song 'Rock the Casbah' by The Clash (which is where the name of the game comes from had you not already guessed).

As a lovely final touch, all of the game buttons are designed to look like disco balls that sparkle in the light of the spotlights that make their way across the game screen.

Rock the Cash Bar sees players change their game stake using two disco ball - and + buttons on the left-hand side of the game reels (stakes can be set anywhere between 0.10 and 100). On the other side of the reels there's a large disco ball spin button and a smaller disco ball autospin button (that allows players to set up to 100 automated spins)

Rock the Cash Bar is a fairly rare low volatility slot, so you can expect to pick up lots of little wins with most spins as opposed to lots of dead spins with a small number of big wins... So if you're approaching your slots play with a fairly modest bankroll then you'll do quite well with this game as it's very forgiving.

We're pleased to see the RTP is standard at 96.06% and the maximum win isn't bad, allowing players to win 6589x their total bet.

This 80s-themed Northern Lights Gaming slot is an absolute joy to play, if you like visually pleasing games with a strong theme and interesting bonus features with a bit of a twist then you've most likely found your slot.

It's happy hour, every hour when playing Rock the Cash Bar! So what are you waiting for? Grab your dancing shoes and get down to the club for hours of low volatility fun.

Play Rock the Cash Bar now at the following verified UK slots sites. These slot sites are fully licenced and have been thoroughly vetted and reviewed by us to ensure they offer a great user experience, are trustworthy, secure, and have a wide variety of the best online slots in their lobbies including Rock the Cash Bar:-

Enjoyed Rock the Cash Bar? Here's a handful of similar slots we think you'll like too. These online slots have been chosen based on features and themes similar to Rock the Cash Bar. You might also want to check out other Yggdrasil slots.