Relax and enter the world of Reel Rush. Don’t let the name fool you - this 5-reel food themed slot is easy on both the eyes and the ears.

Tastefully developed by NetEnt, Reel Rush is cute and colourful - but will keep you entertained with up to 3,125 ways thanks to features such as Re-Spins, free spins and wild substitutions.

Jump straight into the action and play Reel Rush now at the following fully licenced UK slot sites. These slot sites have been thoroughly audited and reviewed by the team here at Slot Gods to ensure they offer an exceptional user experience, are trustworthy, safe, secure, and boast the best selection of online slots in their portfolio including Reel Rush...

“ Inspired by retro video games, Reel Rush is a sweet treat to play ”

Step into this beautiful world inspired by 90s platforming games. There aren’t a huge amount of features in Reel Rush, but it makes up for it with delightful artwork and memorable music.

There are no traditional paylines as Reel Rush has a cascading win system that opens up your game even further. It features adorable symbols that spin on the reels with all your favourite fruits.

The strawberry is the king of this game with the potential to win up to 1,000x your initial bet if you are successful. Followed by pineapples, lemons, apples, grapes, blueberries and coloured sweets ranking as the lowest. Substituting the traditional playing card pieces, the sweets all have the same max potential to win at 50x your stake.

It has a Re-Spin mechanic that is indicated by the stars above the reels. During your first Re-Spin, there are 135 ways to win. It progressively gets higher as you successfully obtain the fifth Re-Spin. Each winning combination will activate a Re-Spin until you reach the fifth one. After this one, you obtain 8 free spins. 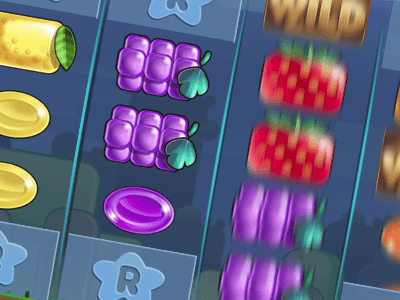 After spinning a winning combination, you activate the game’s Re-Spin mechanic. There are 5 levels to reach with the potential to win 1,875 ways after you reach the final level. 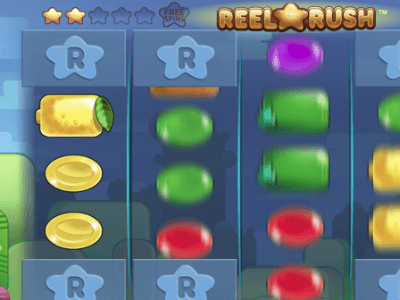 If you manage to reach level five of the Re-Spin, you activate 8 free spins. Not only do you get these spins, but then get over 3,125 ways to win! 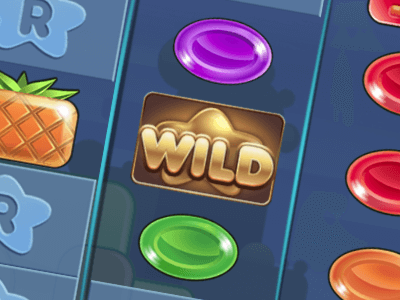 Reel Rush also has wilds in the game that only appear on reels 2, 3, 4 and 5 in both the main game and free spins. These have no limit and can substitute any symbol in the game.

This is such a charming little game that may come with a limited amount of features, but doesn’t lower any of the excitement. Developed by NetEnt, Reel Rush has 5-reels with a cluster mechanic meaning that you can win on even more lines.

It’s a food themed slot packed full of adorable artwork, melodic music and overall fun gameplay. At medium volatility, the game gives you the best of both worlds as it’s completely unpredictable as to whether you win large or win small. With its easy and vibrant gameplay, you’ve got yourself one exciting game to play.

The presentation in the background emulates classical platforming games with a cutesy look that adds to the artwork in the reels. You can see inspiration from video game titles such as Sonic The Hedgehog and Super Mario Bros, but Reel Rush made it their own style which feels more cute and polished.

The lovable fruit symbols mix in so well with the entire aesthetic of the game and are generally pleasing to the eye. Even the menu buttons at the bottom aline with the cutesy style and look cohesive with the game.

Tranquil music is played between spins that’ll instantly relax you. Spinning the reels results in more upbeat music, but it still fits within the tone of the game. More impressively, it stays consistent which means that you won’t have to turn any annoying sounds down. The same goes with the other sounds in the slot as they are subtle and fall in line with the tone that the game is giving.

Reel Rush comes as simple as it gets - you set your bet and spin. The fun comes with the Re-Spin mechanic that unlocks more of the reels and gives you the potential to win even more. It has cascading wins and wilds to help you even further. If you manage to get to level 5 of the Re-Spin section, you unlock 8 free spins.

It’s uncomplicated and clear to play. Even the menus are straightforward at the bottom of the screen. Starting with general rules, information and settings on the left, it then goes along to the bet levels, spin and autospin button. Finally, the right side has a changeable coin value section and displays your details - so you can keep track. Amazingly, you can go up to 1,000 autospins with a bet placed between 0.50 and 100.00.

In the standard game, you can win up to 962.4x your bet. It gets more exciting with the Re-Spin and free spin mechanics that give you up to 3,125 ways to win plus the chance to obtain 3,840x your stake. It has medium volatility, so you know there’s a fair chance to get a high or low payout. With the RTP at a respectable 96.96%, you have an even greater chance at winning.

Blending the style and animations from video games, Reel Rush is incredibly entertaining and full of character. It may seem familiar with its retro aesthetic, but the mix of it all makes it into a slot game that you don’t want to miss. Reel Rush misses out the crassness found in many of the other food slots, but stands out even better for it.

You’d be a ‘reel’ fool to miss out on this game, as it’s definitely worth playing for its artwork and music alone.

Play Reel Rush now at the following verified UK slots sites. These slot sites are fully licenced and have been thoroughly vetted and reviewed by us to ensure they offer a great user experience, are trustworthy, secure, and have a wide variety of the best online slots in their lobbies including Reel Rush:-

Enjoyed Reel Rush? Here's a handful of similar slots we think you'll like too. These online slots have been chosen based on features and themes similar to Reel Rush. You might also want to check out other NetEnt slots.